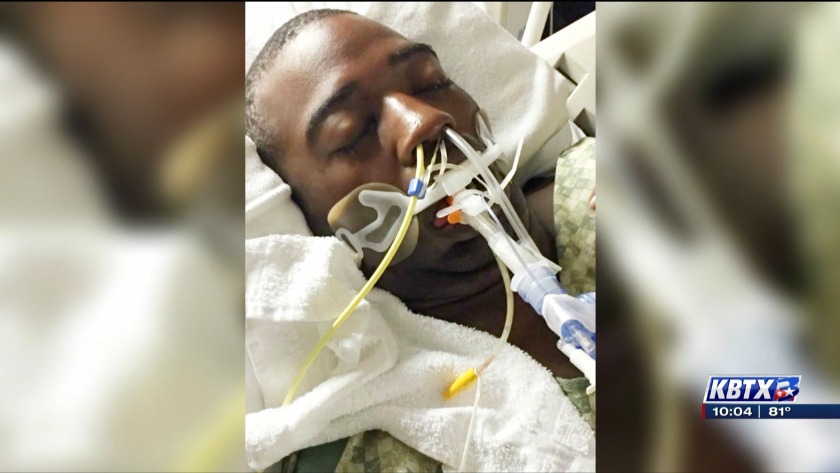 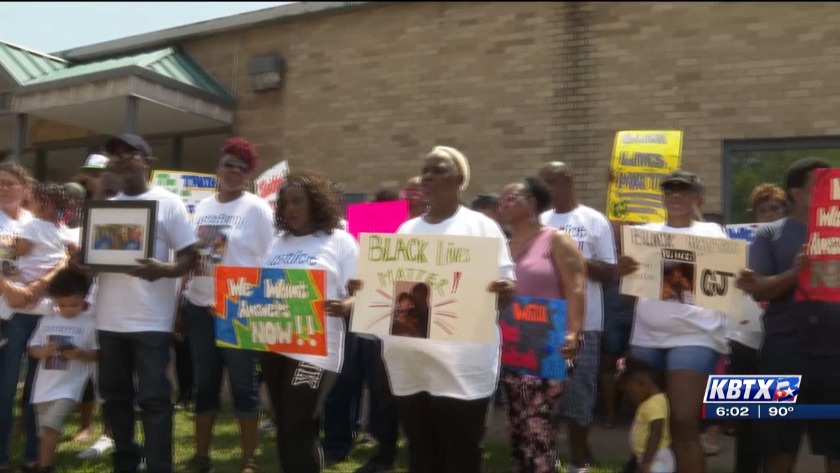 CALDWELL, Tex. (KBTX)- The attorney for a local man on life support after he was picked up on a misdemeanor charge of public intoxication in Burleson County has confirmed the Texas Rangers are assisting in the investigation.

The Burleson County Sheriff's Office has yet to issue a public statement or comments after family and supporters of Chester Jackson, Jr. rallied in front of the jail Monday.

They are demanding more information be released to help explain how - and why - Jackson ended up in critical condition days after he was arrested by a deputy near his home.

The information below is from our previous story that first aired on Monday, May 20:
-------------
A Somerville man remains on life-support one month after he was released from the Burleson County jail and his family is still left wondering how and why he ended up in critical condition.

Chester "CJ" Jackson, Jr., 30, was arrested by the sheriff's office on April 19 in front of his home and booked into the county jail on one charge of public intoxication.

Jackson's family says they were notified of his release the following day, but when his mother went to the jail, they would not allow her to see him.

Two days later, the family learned the father of 3 was in an Austin-area hospital with no explanation from the sheriff's office. Jackson was in a coma with small puncture wounds that resemble taser prong marks on various parts of his body, according to the family's attorney, U.A. Lewis.

A spokeswoman for the sheriff's office last month told KBTX a deputy "provided a courtesy transportation to a MHMR facility in Austin" for Jackson on the day he was released.

"He was no longer in our custody," said Investigator Christine Labertew in an email on April 29.

On Monday, members of Black Lives Matter, friends and family of Jackson gathered in front of the Burleson County Sheriff's Office for a rally and news conference.

According to Lewis, Sheriff Thomas Norsworthy has promised video proof of Jackson entering and leaving the jail in good health, but so far authorities have released none of the recordings and documents that have been requested under Texas open record laws.

“All these facts point to foul play, by each person involved with the custody and care of CJ. It is evident by the withholding of information to his family” said Lewis.

"Withholding information at critical times like this goes on far more often than the public realizes," said attorney Shardae Parker.

“We will get answers, and when we do, if there was any foul play, which I believe there is, we make sure that those involved are brought to justice,” said activist, Ashton Woods of Black Lives Matter in Houston.

KBTX attempted to speak with Sheriff Norsworthy following the news conference, but an employee at the agency said he was unable for comment.

News 3 has filed a formal open records request with the sheriff's office for multiple documents and recordings related to the arrest and detention of Jackson. We'll keep you posted on what is released.