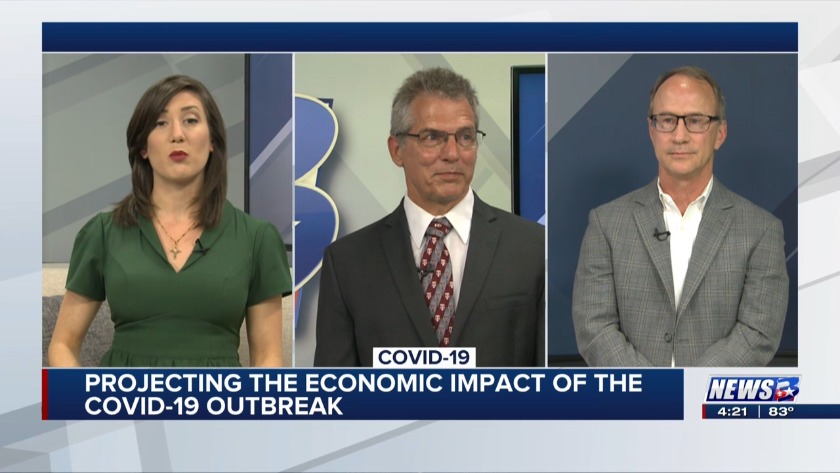 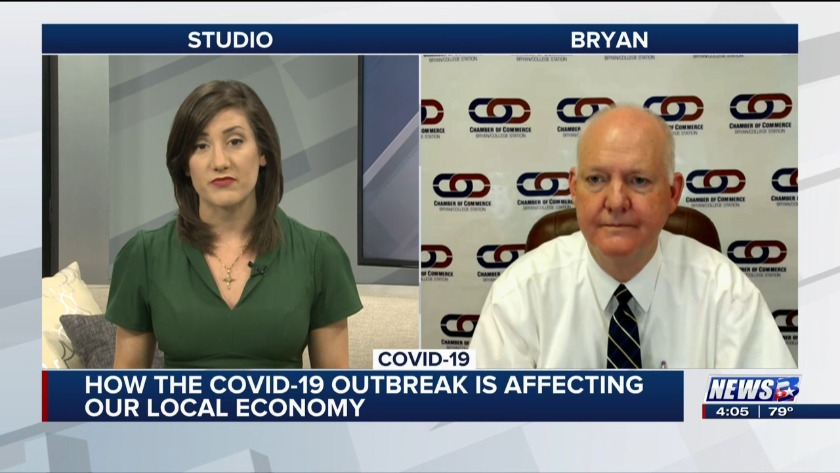 BRYAN, Tex. (KBTX) - A loss in revenue for leisure and hospitality businesses would hurt any community, but economists from the Texas A&M Private Enterprise Research Center (PERC) say it will hurt the Bryan-College Station community more than average.

“We have a large percentage of hospitality and leisure workers,” said Dennis Jansen, director of PERC.

Glen Brewer, president of the Bryan/College Station Chamber of Commerce, says he’s already hearing of 75% but closer to 90% loss of revenue for local hotels.

“You're going to be hearing about a lot of local hotels shutting down, at least temporarily, and furloughing their workers,” said Brewer.

The cancellation of many Texas A&M University events is one of the more obvious factors in the downturn, and Brewer says that it’s hard to predict when those schedules will get back to normal.

“We don't know the end of this virus, but they're saying there's probably nothing that's going to be happening through the end of May just because things can't be rescheduled,” Brewer said.

The number of unemployment claims being filed has spiked in the last couple of weeks, unsurprisingly, economic ecosystems everywhere take a hit from COVID-19.

“It’s an abrupt increase, and that abrupt increase is so different than what we saw in the previous recession,” said Andrew Rettenmaier, the executive associate director of PERC.

So, can these negative economic effects be alleviated?

“I think the stimulus that the federal government may alleviate some of this, but this is a big problem,” said Jansen.

For the full conversations, see the video player above.