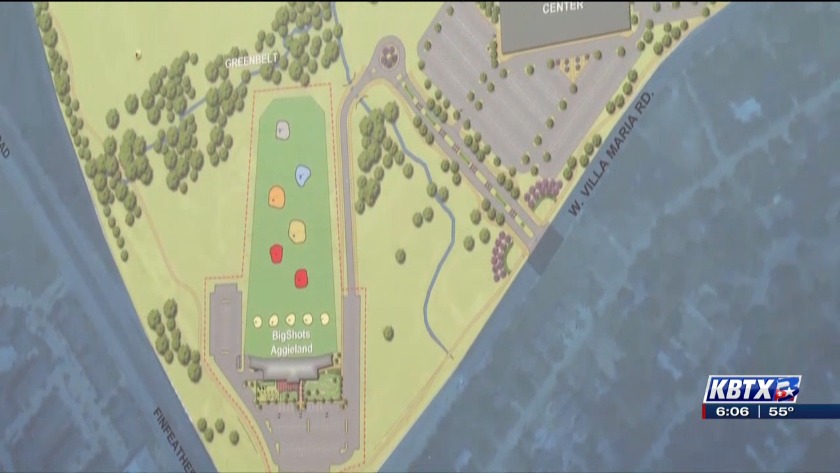 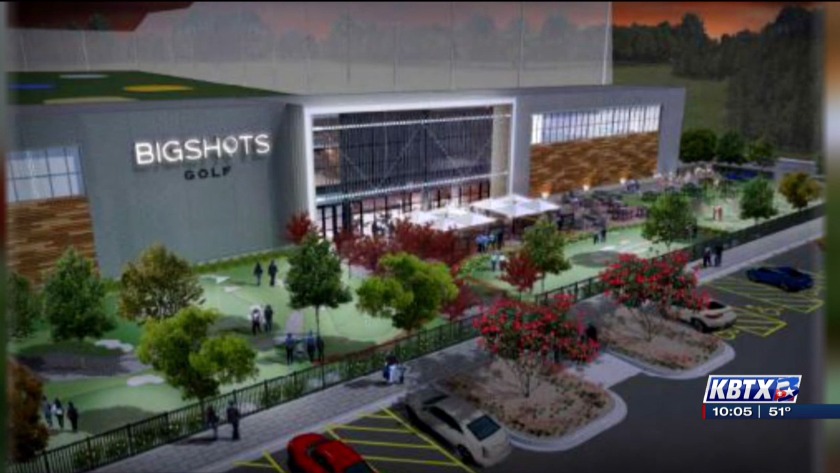 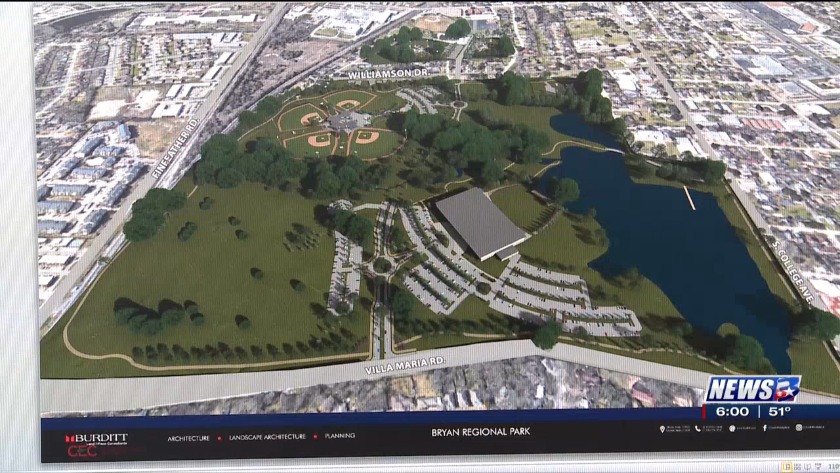 BRYAN, Tex. (KBTX)- BigShots Aggieland is set to be the first business to open up shop in Bryan’s Regional Park.

The 52,000 square feet facility is expected to have space for music, entertainment, restaurants, bars, meeting rooms and 60 tee boxes.

During a meeting Tuesday the city council approved a lease with developers Villa Maria Partnership, they also approved a 380 agreement.

As an incentive to build in Bryan, the 380 agreement waives permit fees and development costs for the company. The city says this should be less than $50,000.

Mayor Andrew Nelson says Jim and Allyson Butler and ClubCorp are behind the project.

"They've lived in Bryan-College Station for quite a while; they're Aggies, they knew what they had,” said Nelson

“ClubCorp was familiar with the site, they love Travis Bryan midtown park, they told us that was a key part to them and why they wanted to be here," said Nelson.

Jim Butler says they had other ideas for where they were going to build their business but Bryan’s Regional Park just felt right.

"It came together exceptionally well, the enthusiasm, the vision they described for the park, the emphasis on community activities, the linkage with the educational program, those who have not learned a game of golf have the opportunity to come and be a part of this,” said Butler.

Butler says they’re excited to use the facility for family outings, community outreach, and fundraising.

"We feel like it will be a significant contribution, we're long time resident of this community and we look forward to giving back to the community,” said Butler.