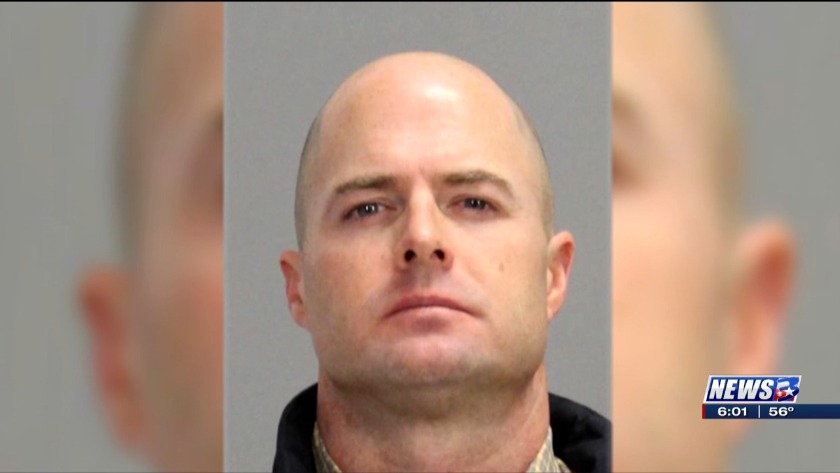 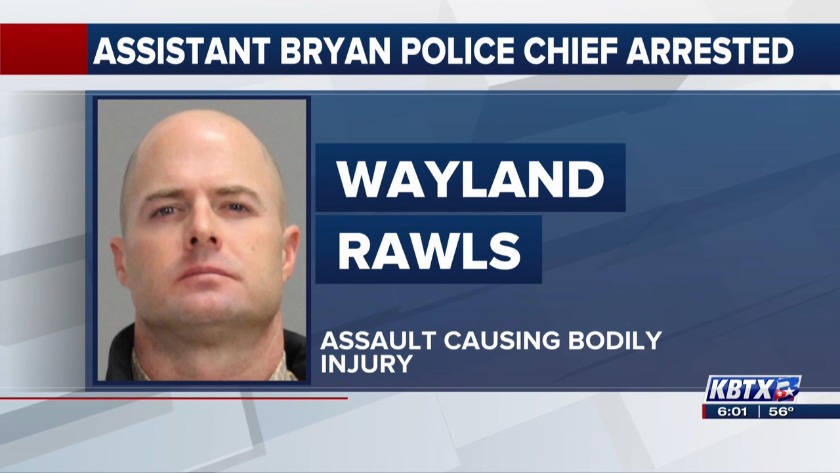 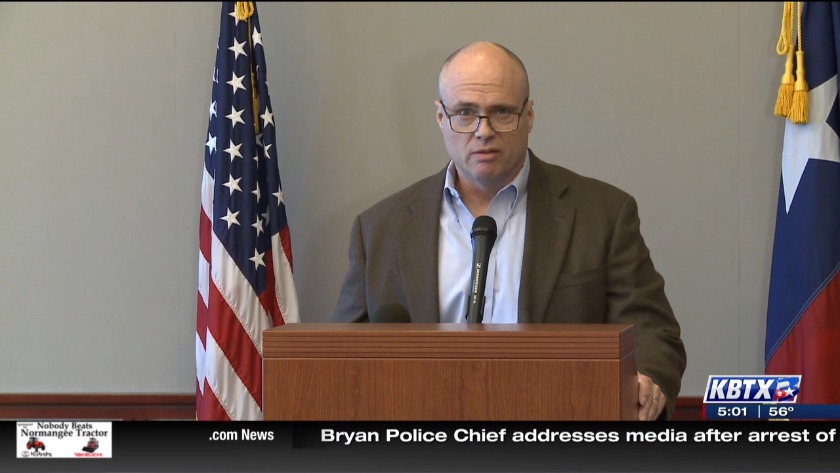 BRYAN, Tex. (KBTX) - Bryan Police Chief Eric Buske addressed the media Friday after the arrest of one of his assistant chiefs.

Buske recounted the events surrounding the alleged assault involving Assistant Chief Wayland Rawls on. According to a probable cause report filed by the Texas Rangers, Rawls was off-duty when he attended a school fundraising event for Allen Academy on the evening of Feb. 8 in the 500 block of W. 26th Street.

Several witnesses told investigators Rawls first struck the victim with a closed fist multiple times in the face and body, and the man never struck back or attempted to fight back.

The victim suffered an abrasion to the top of his head, a black eye, redness, bruising to his left cheek, a broken finger, and bruising to the right side of his torso, according to the report.

The Bryan Police Department's Professional Standards Division is conducting its own investigation. The criminal investigation is ongoing.

"Another question that has surfaced last night regarded an assault arrest of Assistant Chief Rawls in 1991. We have researched the case and discovered that it was deferred in 1991, dismissed in 1993. A.C. Rawls received his TCOLE police officer certification in 1995 and was hired by the Bryan Police Department as a licensed Police Officer in 1996," said Buske.

KBTX also asked the Chief if he was still eligible to be an officer despite the previous assault charge. Chief Buske said Rawls was vetted when he was hired and was eligible to serve.

"Yes it does and it was discovered by our background investigators during that timeframe and it did not, he does not have a conviction for assault because it has been adjudicated out," said Buske.

KBTX has filed open records requests with the city and the Texas Commission on Law Enforcement to find out more on his personnel file.

We don't have those documents yet but we do know that Rawls worked his way up to Sergeant, to Lieutenant and finally an Assistant Chief at Bryan P.D.

Buske said that Rawls oversees more than 110 officers for his duties with Patrol Services.

He posted a $4,000 bond Wednesday out of the Brazos County Jail.

To watch the full press conference, see the Facebook video below.