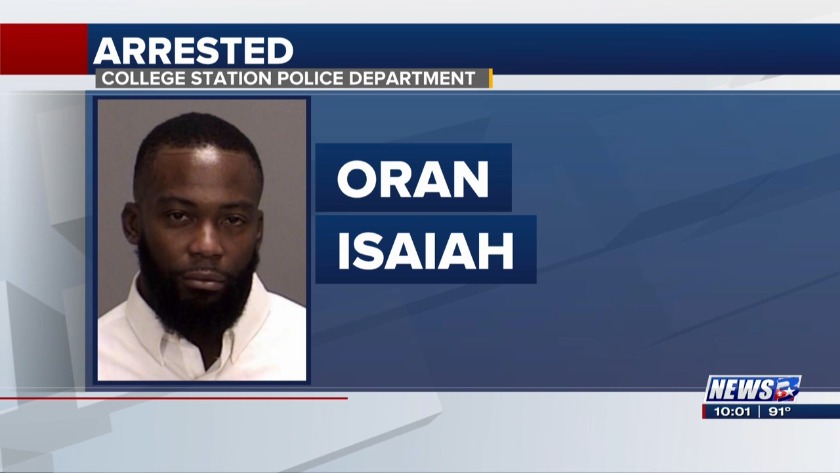 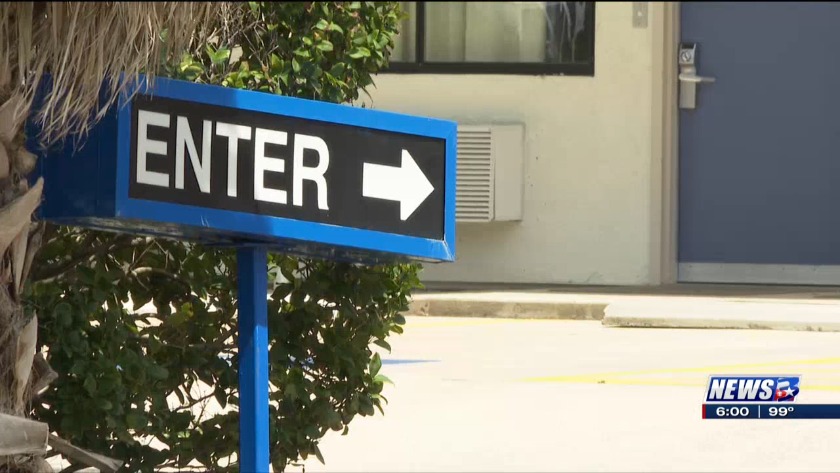 COLLEGE STATION, Tex. (KBTX) - A College Station man is in jail for assaulting one woman and holding another woman as a prostitute against her will.

Thursday, College Station police responded to a drug store on Texas Avenue for calls about an assault. A woman claims she met Oran Isaiah, 33, to exchange items that belonged to him.

The woman says Isaiah parked next to her, got out of the vehicle, reached into hers and snatched the keys out of the ignition. When she tried to get them back, Isaiah allegedly grabbed her hair, slammed her head against the inside of his vehicle’s driver side floor, and then slammed her head against the back passenger window before dragging her down the side of the vehicle.

Police say the victim pepper-sprayed him before he took off running into the store’s restroom and locked himself inside.

CSPD reports the victim suffered bruising on her face.

While speaking with the victim, she told police Isaiah had a woman in a nearby motel on the 2000 block of Texas Avenue he was prostituting. Police found the woman in the hotel room linked to escorting sites. She claimed she had been compelled into prostitution while living in the Houston area.

The woman says she knew Isaiah previously and he was supposed to help her leave that lifestyle, but he used her phone number and took pictures of her and made her perform various sexual acts for clients in return for financial compensation.

The woman claims Isaiah was giving her money to provide for her two-year-old child and said she did not have any means of travel or money without Isaiah. She reported Isaiah was “crazy” and that she was afraid he would hurt her if she didn’t perform whatever he wanted her to do.

Isaiah is being charged with assault with previous convictions and compelling prostitution by force or threat. He is in the Brazos County Jail on an $18,000 bond.