BRYAN, Tex (KBTX) - Fresh off a hit/miss round of storms, the newest drought monitor has been released for the state of Texas.

The Brazos Valley news isn't terrible, but for the first time in 2019, we're seeing roughly half of the area in a return to the "Abnormally Dry" category, which is technically a category a way from being considered in drought.

Areas from Texoma all the way into the Panhandle have been placed in "Severe Drought", with far South Texas also seeing an increase in their drought conditions. 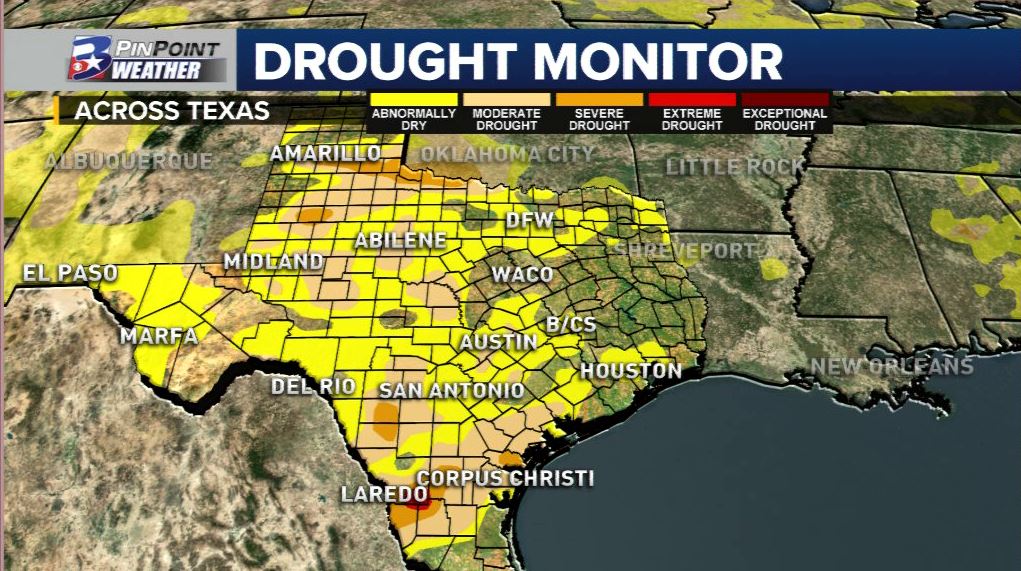 Wednesday afternoon's rain will be included in next week's drought update, but widespread rainfall totals were on the lower end, so it may not do much to keep moderate drought from creeping back into a few areas.

An isolated shower or storm chance remains each afternoon in the extended forecast.

After a surplus of spring & early summer rain across Texas, July's heat & lack of timely rain has dried out the Lone Star State.

Evolution of a 60% increase in Abnormally Dry & #Drought conditions over the past 1.5 months#txwx pic.twitter.com/QLDGAcqCG1