BRYAN, Tex (KBTX) - It isn't fantastic news, but we've been able to put a dent in the drought monitor over the past several weeks, and it looks like we're starting to see some of the fruits of the rainfall labor, especially across our northern counties.

The area of "severe" drought is still well noted across the heart of our area, but we've actually been able to get some folks along and north of Highway 79 down to "moderate", or even technically out of drought for the time being. 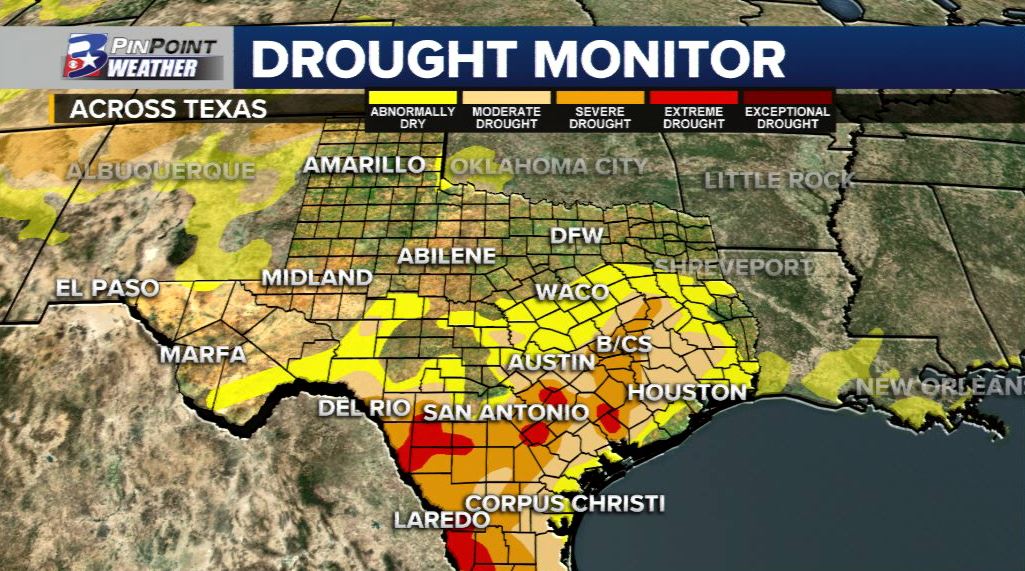 Across the state, a large part of Central and North Central Texas has been removed from drought in the past few weeks. Areas of "severe" to "extreme" persists across southern portions of the state.

Looking ahead, next week's update will include the rain that fell Tuesday post-7am all the way through our rain chance this coming Sunday-Tuesday, so we'll see what all we can do to continue chipping away at the drought. We may not see much change in the mid term, as large scale heavy rain doesn't look likely for the next week or so. 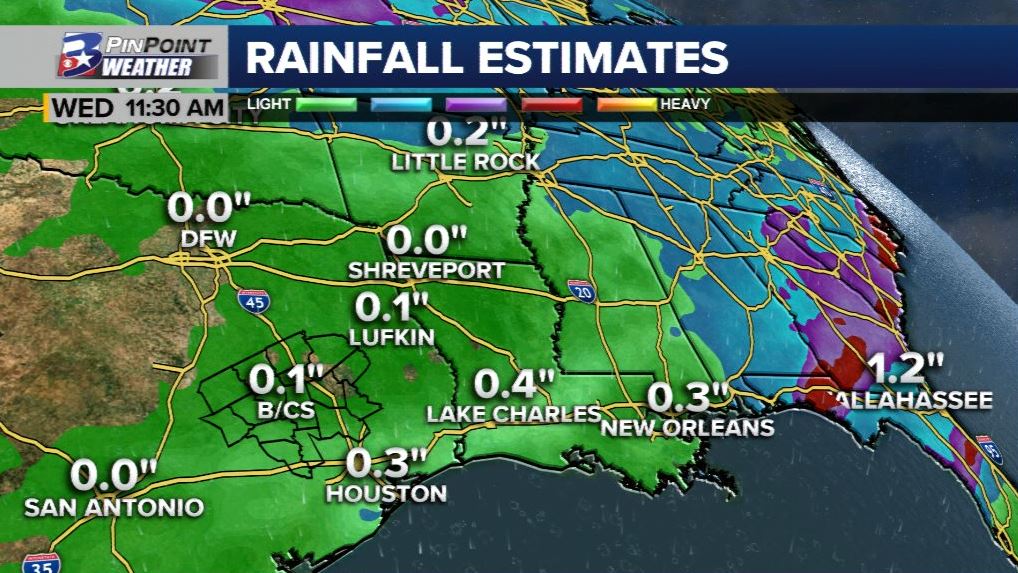 Look closer! Severe to moderate drought was erased or chipped away at for the north & northwest reaches of the area (circled area).

Others may still be in a Severe (D2) Drought but we'll have to see next week if this week's rain can further shrink that back! https://t.co/bLhrX9IJPa pic.twitter.com/QgS8evdxze

Temperature whiplash: after a chilly weekend, some could reach 90° this week

Here's how much rain fell in the Brazos Valley Friday & Saturday

Temperature whiplash: after a chilly weekend, some could reach 90° this week

Here's how much rain fell in the Brazos Valley Friday & Saturday