COLLEGE STATION, Tex (KBTX) - Turns out, an entire weekend's (and Friday, too) worth of rain will do wonders for the drought outlook!

It is far from perfect, but we're essentially able to look at the Brazos Valley's drought through two colors. Most of us are still at least considered Abnormally Dry (D1) where areas from B/CS southwestward are still considered in drought. There is a small sliver along and south of I-10 in Austin County that has worse drought conditions at the moment.

Just for kicks, here's a comparison between this morning's update and one from just under a month ago (late February). 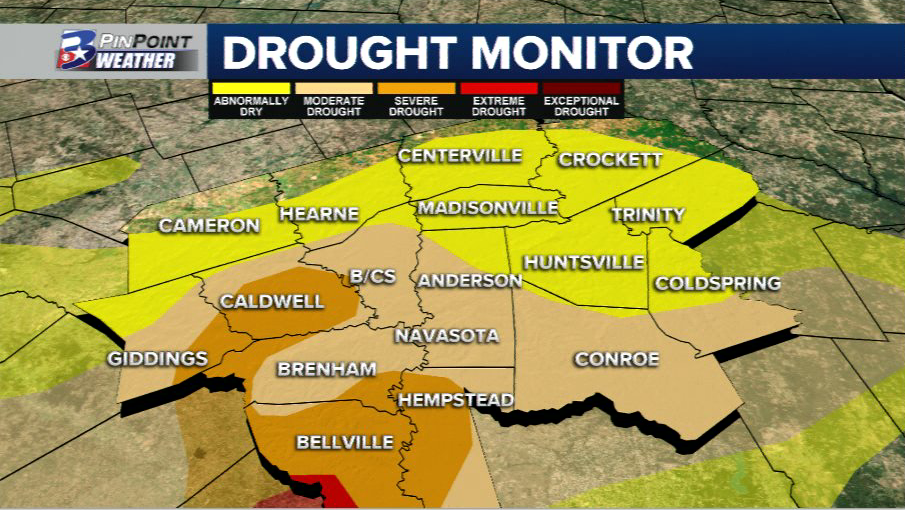 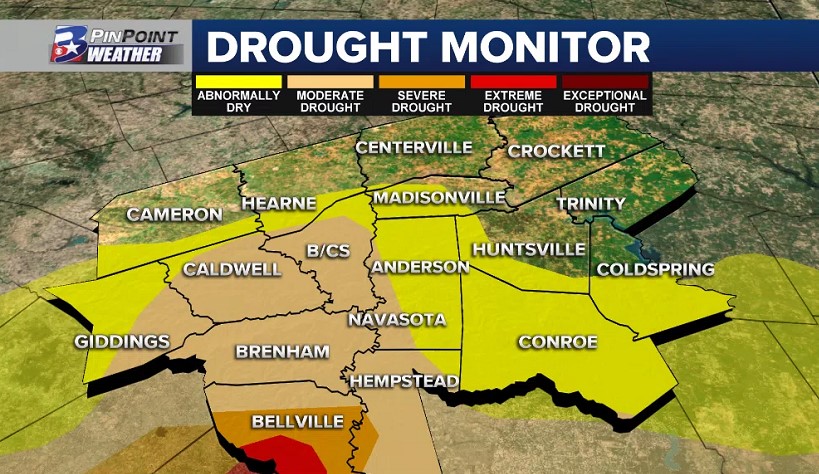 There is noted improvement for our friends in South Texas, but there's still a large amount of work to be done. 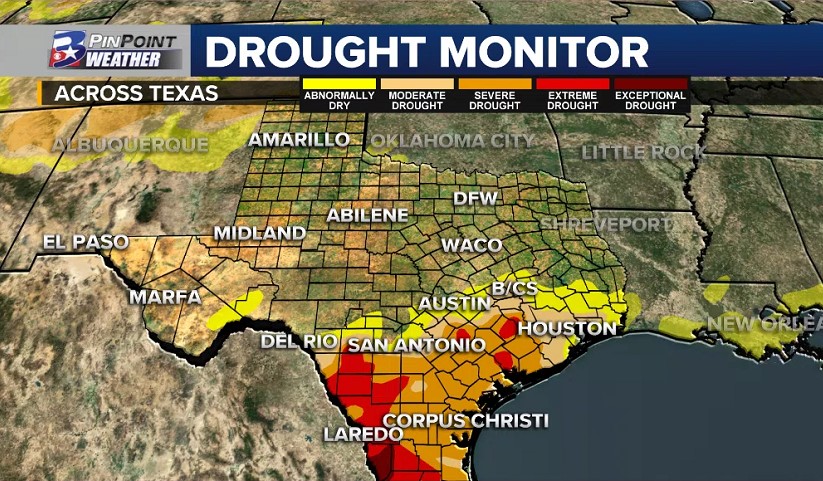 The soaking rain we saw this past weekend was mainly across norther portions of the state, who could now use a week or two of drying out before coming close to cracking back into the Abnormally Dry category.

Looking forward, we're mainly looking at a chance to keep things about the same come this time next week. In other words, our upcoming rain chances Saturday and early next week will likely not do much to help remove the beige from a large portion of the area, but it will aid to keep drought from spreading for another week.

*NEW* Drought Monitor has been released for the Brazos Valley. Check out this week's conditions across the area pic.twitter.com/77aKYxWvwE

Potentially stormy start to the week

Potentially stormy start to the week