A weak front rolled through the area Thursday, which was just enough to keep us from nearing record high temps once again (Wednesday), and enough to keep cloud cover and a spotty rain chance in the forecast through the end of the week. Friday started cool-ish, and will finish near 70 with a shower here and there. No jackets needed for evening plans, but don't get caught without one starting tomorrow! 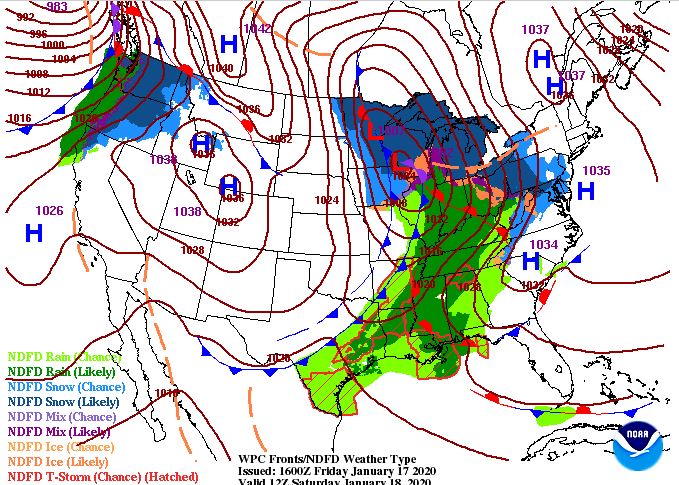 Looks messy, doesn't it? A large low will drag a cold front across the state and kick out the moisture we've been working with all week. With it, one last shot at rain until the middle of next week. 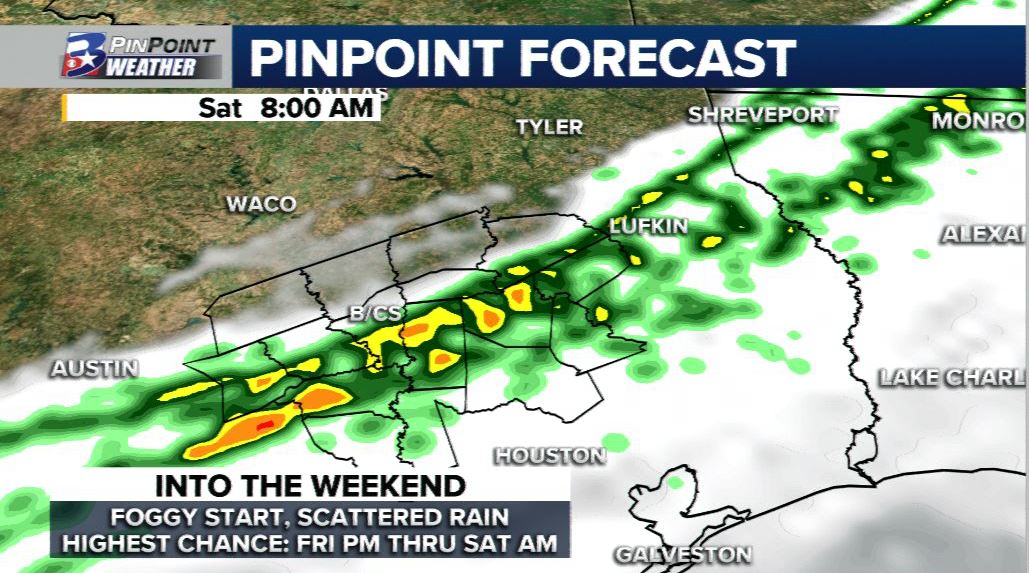 I would like to point out at this point - the graphic you see above is by far the most gung ho in coverage and overall rainfall totals, but the timing of the front and rain chance looks good. Aim for just around sunrise across our northern/western counties, clearing the area by midday, with at least a broken blue sky coming your way shortly after lunch. 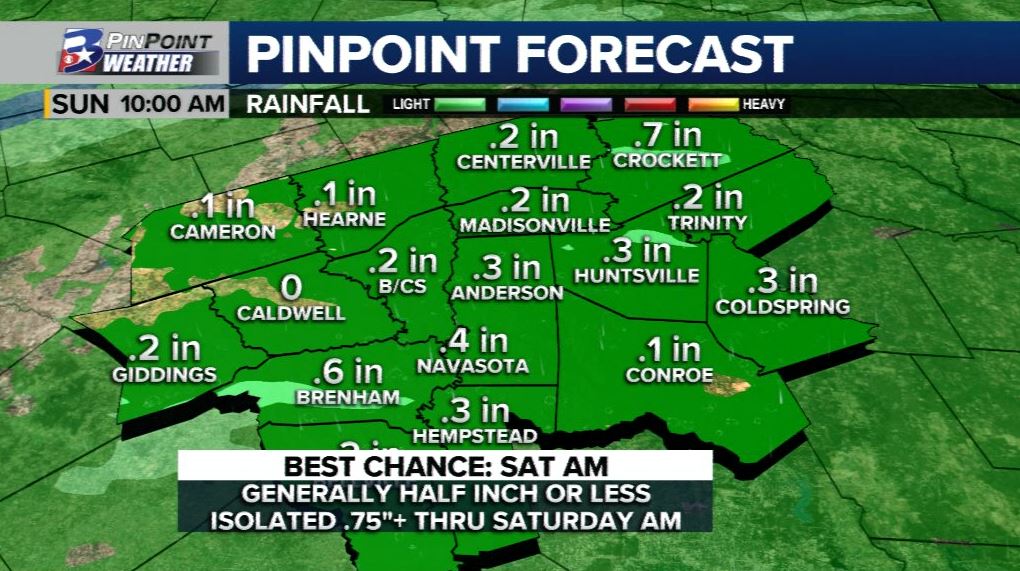 Yes! Sunshine! If it's hard to come by Saturday afternoon, fear not: We'll see a triumphant return of sun for at least Sunday and probably for Dr Martin Luther King Jr. Day, too. 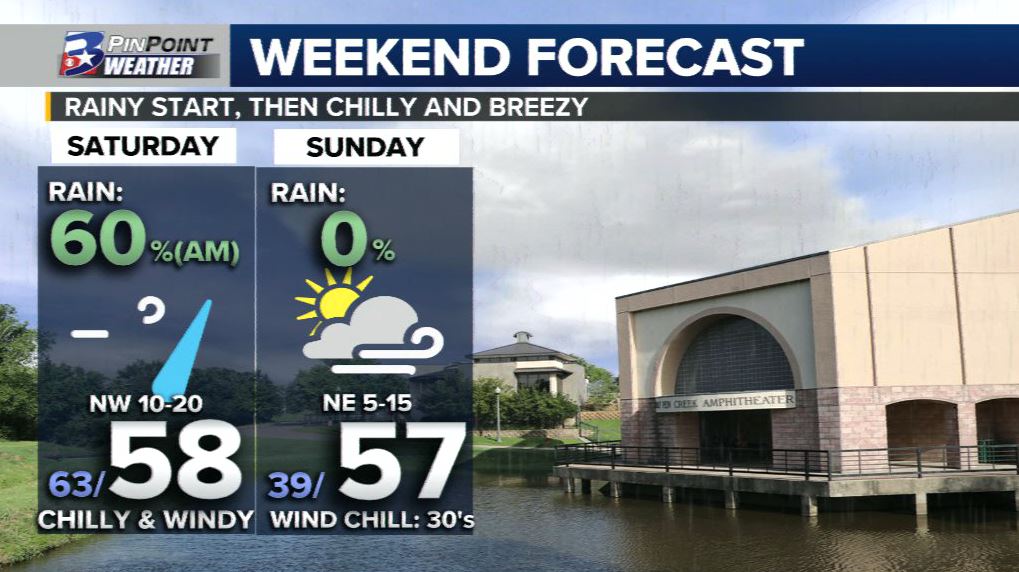 Clearing skies, a north wind, and drier, cooler air filtering through will give us MUCH colder overnights. Nothing major, but be ready for wind chills in the 30s both Sunday and Monday morning.

How windy was Wednesday? Peak gusts across the Brazos Valley

WINDSDAY: Another dose of Arctic air brings back the bluster

After morning rain, getting drier and eventually COLDER

How windy was Wednesday? Peak gusts across the Brazos Valley

WINDSDAY: Another dose of Arctic air brings back the bluster

After morning rain, getting drier and eventually COLDER