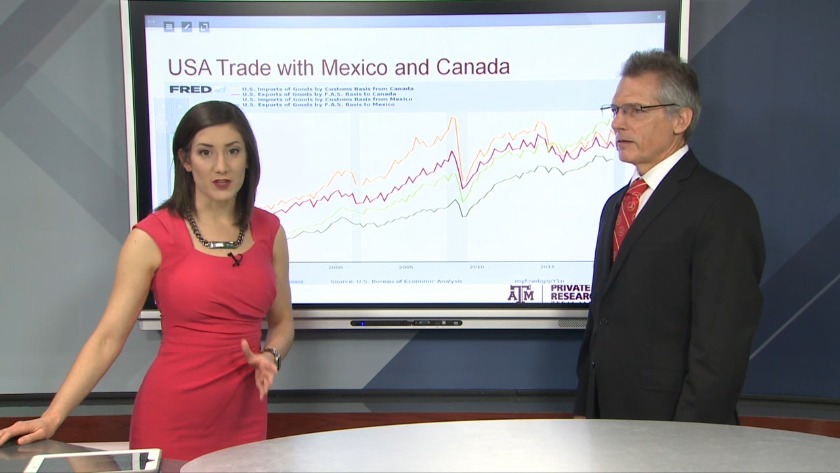 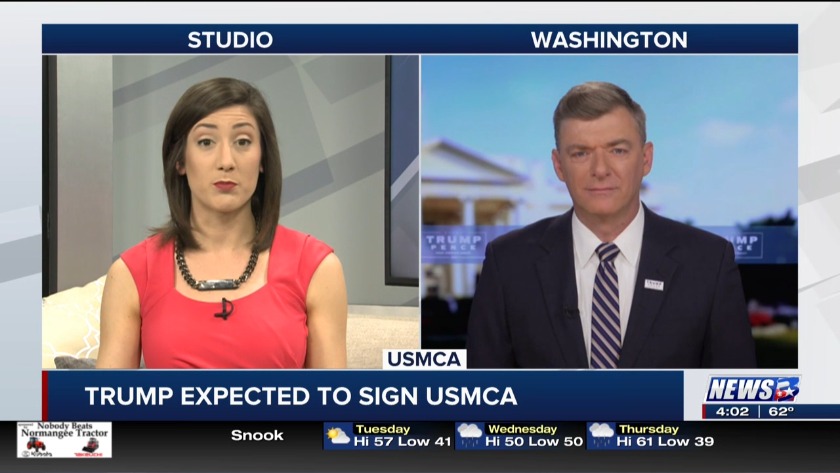 The United States-Mexico-Canada Agreement (USMCA) is the new North American trade deal that has been approved by Congress with bipartisan support and will soon replace the North American Free Trade Agreement (NAFTA) of the 1990s.

Marc Lotter with the Trump 2020 Campaign says this is President Donald Trump’s fulfillment of a 2016 campaign promise.

“He was going to be the president to fix it, and he actually delivered on it,” said Lotter on First News at Four, adding that NAFTA’s “horrible impacts” led to the loss of “millions of manufacturing jobs.”

“We lost about 6.2 million jobs in the 14 years before NAFTA, in manufacturing, and the trend continued after NAFTA was signed,” Jansen said on First News at Four. “If you blame all of the trade gap with Mexico on NAFTA—which I think is a big ‘if’—if you do that, you would say something like 150,000 jobs disappeared—and I don’t want to give that credence. But 150,000 jobs? That’s what happens every month in the U.S.”

As for the farmers and ranchers, Lotter says the USMCA is good news for dairy farmers because it allows more dairy to be exported to Canada, changing a NAFTA policy that had been harmful for U.S. dairy farmers.

“It’s going to keep the farmers and ranchers in Texas on a level playing field and make sure they have strong access to those markets,” said Lotter.

Jansen agrees that it will “help a little bit,” but points out that the $560 million in dairy now allowed into Canada accounts for only 3.5% of Canada’s dairy consumption.

The automotive industry will see some of the most significant changes from the USMCA.

The USMCA will raise the requirements of North American-made parts from its current 62.5% to 75%. Also, at least 40% of auto manufacturing must be done in factories with workers making at least $16 USD per hour—a term that mostly affects Mexican factories.

“By raising wages and raising standards for manufacturing down in Mexico, it’s going to allow for our manufacturers in the U.S., especially small businesses, to be able to compete,” Lotter said. “And by raising the content requirement, less will be imported from China and more of it will be North American, which will allow Texas, which already has the best business climate in the country, to continue to thrive, attract and grow the manufacturing base you have there already.”

Jansen disagrees that this is a boon for U.S. automakers long-term, based on the principles of supply and demand.

“You might get a tiny move of manufacturing back to the U.S., but what I think you’re just as likely to see is some lost sales due to higher prices,” said Jansen.

Lotter and Jansen certainly agree on one point of the USMCA, however: that the inclusion of digital trade terms was needed in this digital age.

“For the first time—because NAFTA was done before cell phones were prevalent—the USMCA updates NAFTA to provide intellectual property protection to American innovation, American ingenuity,” said Lotter. “It also provides stronger protections so other companies can’t come in in other countries and steal those patents, steal that technology.”

For the conversations with both Jansen and Lotter, see the video player above.

What do record highs in Antarctica mean for the Brazos Valley?

Sneak peek from the Home & Garden Expo happening this weekend

Greta Van Susteren on NH primary: 'Democrats are struggling for a message'

Gender, Sexuality and the 2020 Election

What do record highs in Antarctica mean for the Brazos Valley?

Sneak peek from the Home & Garden Expo happening this weekend

Greta Van Susteren on NH primary: 'Democrats are struggling for a message'

Gender, Sexuality and the 2020 Election