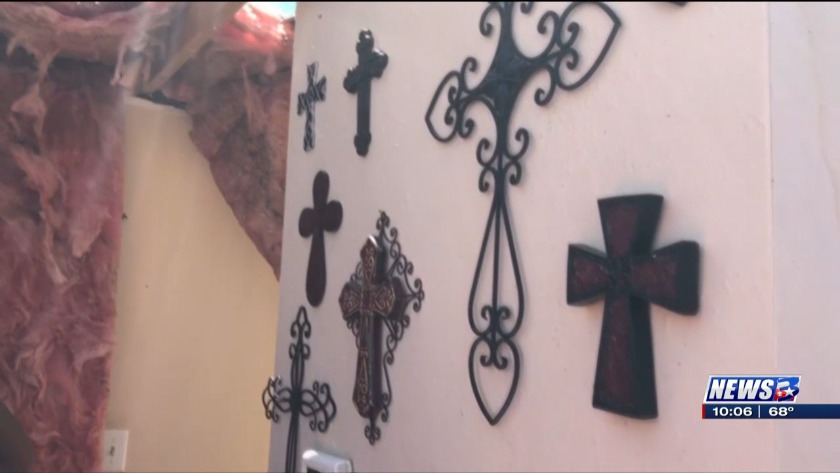 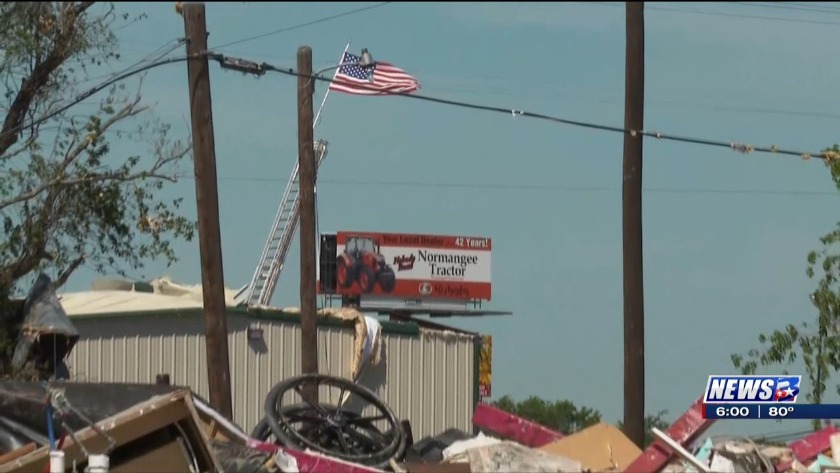 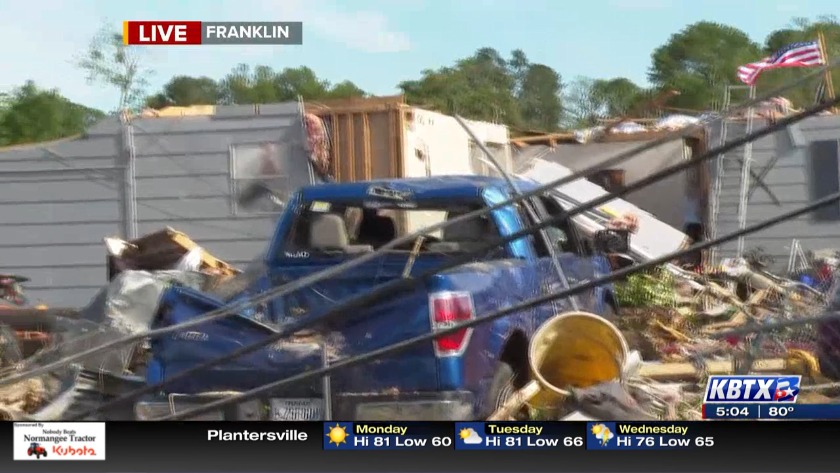 FRANKLIN, Tex. (KBTX) – There are dozens of stories from residents in Franklin who barely made it through Saturday’s EF3 tornado.

Based on the amount of damage, city officials have remarked on how amazing it is to have had no fatalities.

Kayla Smith feels the same way. She was visiting a friend when the tornado hit and found herself and five others huddled in a small bathroom as the roof to the home was ripped off.

“We grabbed the girls ran down the hallway and honestly we just started praying,” said Kayla.

Sunday an American flag was erected on top of the rubble that once was the Darnell family home.

“Her dad is a veteran and that is why this flag is flying high for him,” said Smith.

Crystle Darnell-Whitmore was also in the home she says they are all lucky to be alive.

“The roof just came off and I was like “oh my gosh,” said Whitmore. “I hid in the bathroom with everyone else and, it was all of us, piled up in this small bathroom.”

After the skies cleared, Whitmore says it was the blessings they could see that left them in awe.

One of the only walls left standing was a wall her mother put several decorative crosses.

“There’s another wall that she had stickers on that says faith and hope with first Corinthians 13:13 verse on there. That shows me even more that it was nothing but the grace of God that was with us that day because if it wasn’t for him we wouldn’t be alive, I don’t, I’m still, not questioning him, but I am in disbelief that we’re here.”

Monday the family met with their insurance claims adjuster, they are working to determine what if anything can be recovered.

Learn how to make authentic gumbo with The Remnant of Nawlins

Learn how to make authentic gumbo with The Remnant of Nawlins