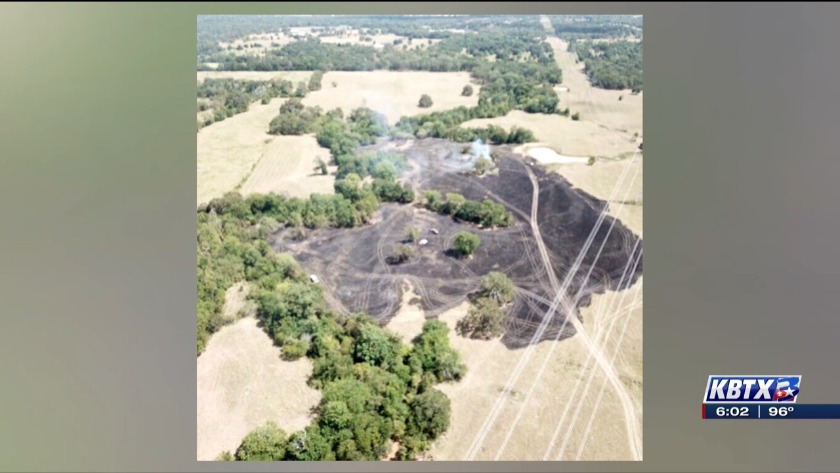 The fire was reported around 1:30 p.m. along OSR near Macey Road east of Wheelock.

All Brazos Valley volunteer fire departments responded to the scene along with College Station and Bryan Fire Departments.

10 acres of land were scorched by the fire before it was stopped. A couple of hay bales were also destroyed, but no buildings were damaged.

The exact cause of the fire remains unclear.

"He had a guy back there on the tractor. We don't know if it was the equipment that sparked it or a cigarette butt or something on that line, but it's purely accidental," said Kenneth Devries, a firefighter with Brazos County District 2 Volunteer Fire Department.

No one was injured in that fire.