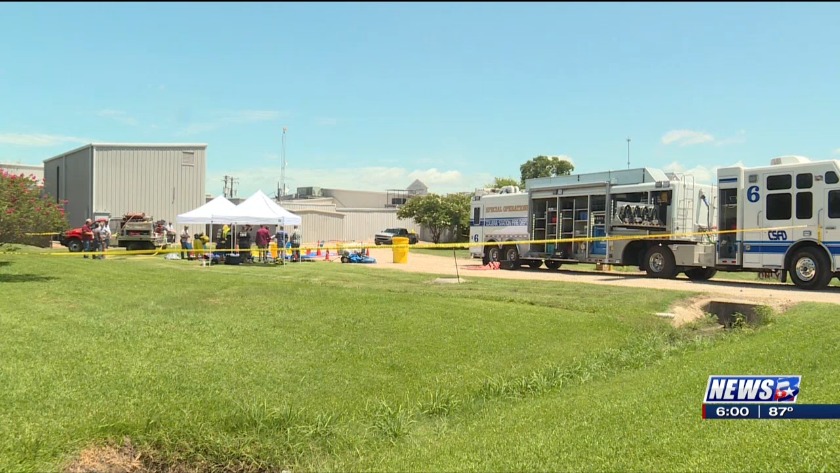 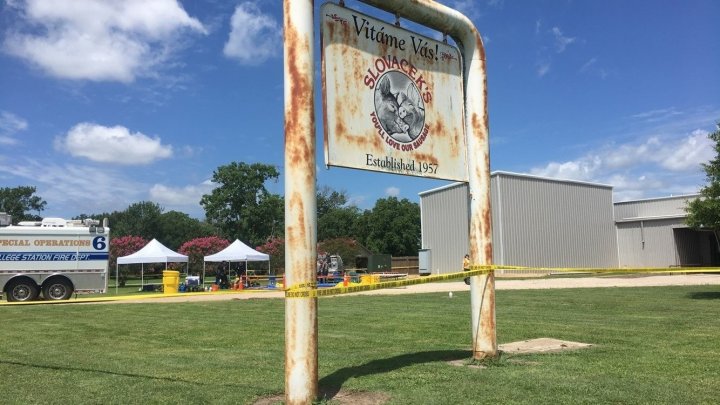 Firefighters respond to hazmat scene at Slovacek Foods in Snook

SNOOK, Tex. (KBTX)- 5:30 p.m. UPDATE:
A spokeswoman for the FBI says field testing of the substance indictated no immediate threat to the public.

A white substance found outside a Burleson County business is being tested at an FBI lab, according to local law enforcement authorities.

On Tuesday morning, the Burleson County Sheriff's Office was called to the parking lot of Slovacek Foods in Snook after the substance was found inside of a package in a car.

The College Station Fire Department hazmat unit was dispatched to the scene to assist with collecting the substance and handing it over to law enforcement for testing.

According to Slovacek Foods, the incident was confined to the parking lot and had no impact on its business operations.

No other details were immediately available.

The Snook Volunteer Fire Department and CHI St. Joseph Health EMS were also on the scene assisting with the situation.