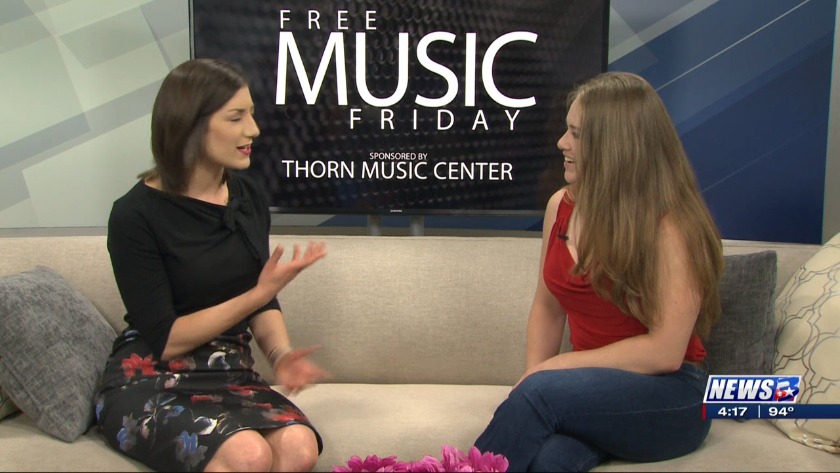 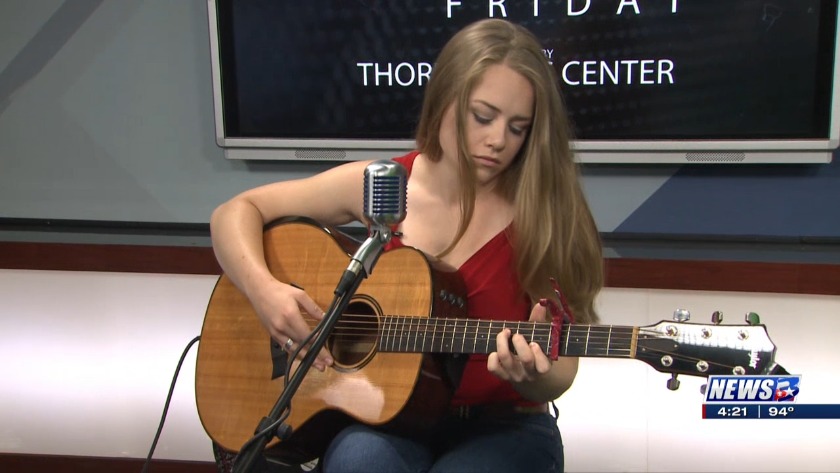 Singer-Songwriter Julia Hatfield joined us on First News at Four to talk about her latest upcoming album and perform her song, 'Country Roads".

She has a new EP release coming up in August.

She has a show tonight at Cavalry Court in College Station and at The George this weekend.

Julia's love for music was evident from a young age as she began playing piano at six years old and later starting to write and play guitar at thirteen.

Having been raised on a wide variety of music, Hatfield's dynamic sound is inspired by artists ranging from Alan Jackson to Michael Jackson and that sound certainly shines through in her performances.

Hatfield entertains audiences with her unique style all the way from California to Tennessee, and of course, the great state of Texas