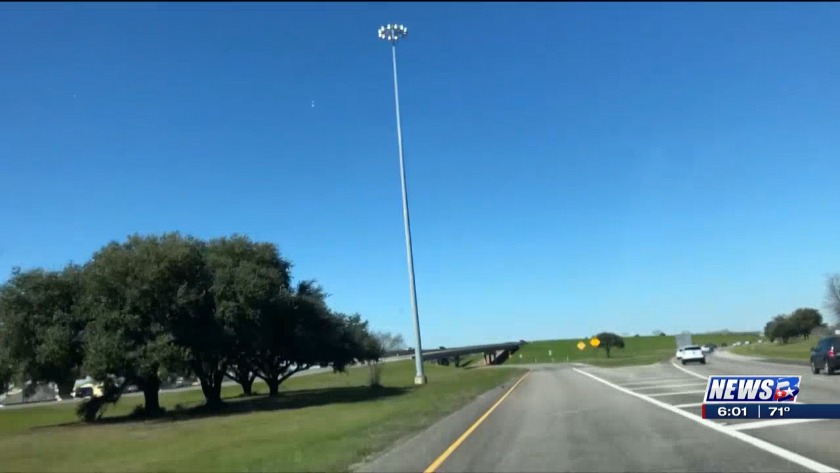 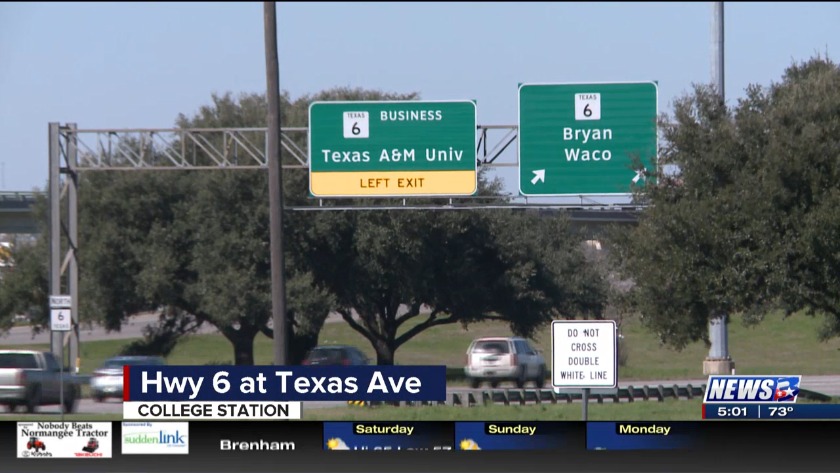 COLLEGE STATION, Tex. (KBTX) - Work to widen Highway 6 in Bryan/College Station should start in two years. A big part of that plan includes changes to a major intersection on Texas Avenue.TxDOT is working on design plans to reconfigure the exit.

That exit is the gateway thousands of drivers take to get to Texas A&M and Texas Avenue in College Station.

As design plans widen Highway 6 to six lanes, the exit from Highway 6 is set to change. The exit will switch from the left side to the right when heading north into College Station.

"They need to slow down that's all there is to it," said Omer Everett. He has lived off Texas Avenue not too far from Deacon Drive for more than
40 years.

College Station Police said their data from TxDOT shows 33 accidents in that area from 2017 through 2019. There were no reported wrecks so far this year.

CSPD said for non-reportable crashes there have been 48 from 2017 to present. Those include minor accidents with no injuries.

“We’re trying to make improvements throughout Bryan and College Station and we just have to take them one project at a time and get the motoring public to understand that they’re going to take a little bit of time and they’re going to be very expensive," said Rudge.

"Well, we've been needing more lanes as well as a better highway so I'm thinking that it'll be a positive step. It may take a while and it may be trying for people," said Everett. "We have a lot of traffic on Highway 6 so I'm thinking it's a step forward but yet it's going to be a trying three years for everybody around here."

While the specific cost for this segment of the project is not released, the Bryan/College Station Metropolitan Planning Organization expects the Highway 6 complete overhaul will cost more than $220 million.

TxDOT is still working on the design aspects of the new exit configuration to Texas Avenue.