UPDATE: Bus driver cited for going too fast in accident that injured 23 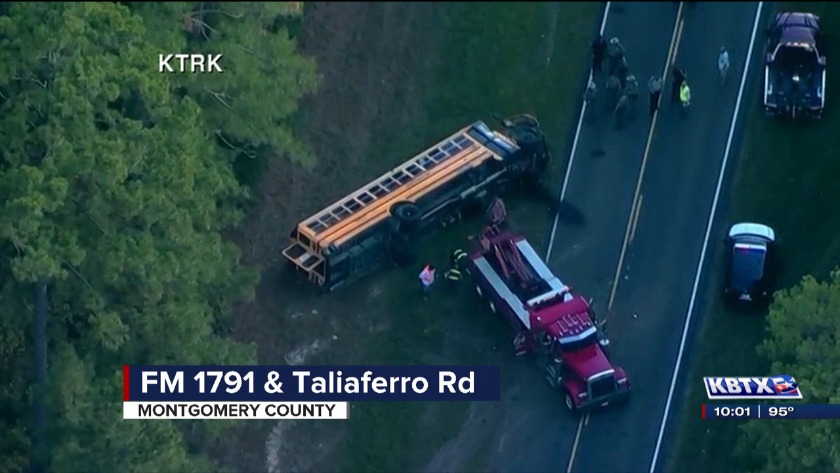 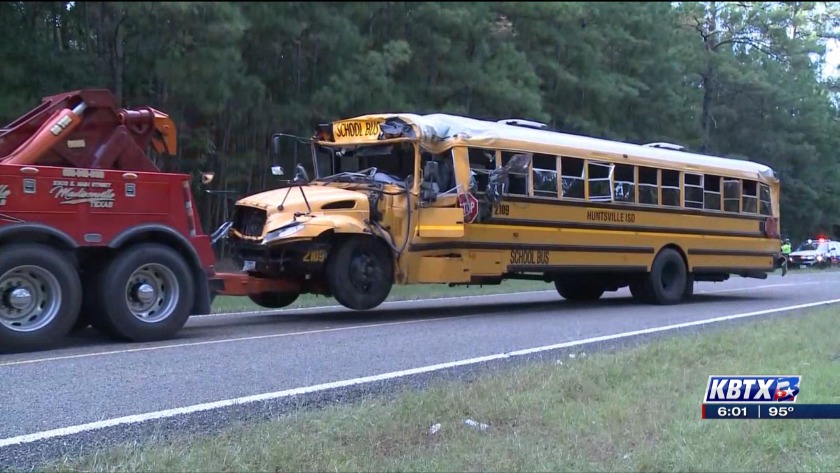 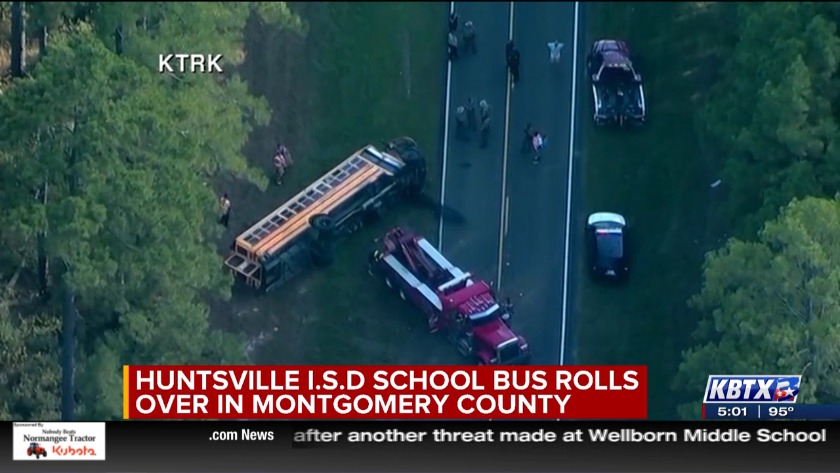 MONTGOMERY COUNTY, Tex. (KBTX) - 10/11 UPDATE: Texas Department of Public Safety investigators are citing the driver of the bus. Authorities say, based on the conditions of the road, he was going too fast before the crash happened.

Ten students and the bus driver were taken by ambulance. The remaining students on the bus were taken by another bus. Everyone was sent to Conroe Regional Hospital for evaluation and treatment of minor injuries, according to DPS.

Deputies said the bus was carrying students to a Freshman football game at Montgomery High School when the crash happened.

The crash happened on FM 1791 near Taliaferro Road near the Montgomery County and Grimes County line east of Richards.

At least one media outlet based in Montgomery County said the bus left the roadway and rolled when the driver attempted to overcorrect.

No other vehicles were involved.

It was a scary sight on a rural and wooded Montgomery County highway.

"When fire units arrived the school bus was laying over on its side with the roof facing towards the south or towards the responding units," said
Battalion Chief Rusty Griffith with the Montgomery Fire Department.

He said all the people on the bus were already out when responders arrived.

"Huntsville ISD officials were on scene and they accompanied the bus as it was transported to Conroe Regional. There was a second school bus that was on the scene that had another team or other members they were actually off-loaded from that bus and the injured students were loaded on to the bus," said Griffith.

Huntsville ISD told KBTX they notified parents of students involved immediately after being notified of the accident.

Three adults were also on the bus.

First responders said the everyone was taken to the hospital by ambulance or a second school bus with paramedics.

"Injuries you would typically find with a rollover accident... DPS has been on scene and they are currently investigating the cause," said Griffith.

HUNTSVILLE, TX (October 10, 2019) – Two Huntsville ISD buses were in route to Montgomery, Texas transporting the Huntsville High School Freshman Football Team this afternoon when one of the buses was involved in a one-vehicle accident.

The accident occurred on FM 1791 near FM 149 in Richards, TX. Huntsville ISD and Huntsville High School Administrators along with HISD Police responded to the site where various emergency agencies were already on scene.
There are injuries reported; however, none are life-threatening and it doesn’t appear that any are very severe.
7 students and 1 adult were transported by ambulance to Conroe Regional Hospital in Conroe, Texas for treatment of injuries. With EMS personnel on board, 13 other students and 2 adults were transported via HISD bus to the same hospital for evaluation as a precautionary measure.
The 15 students traveling on the second bus were transferred over to a substitute HISD bus and transported back to Huntsville High School.

Upon initial notice of the accident, HISD Administration sent notification directly to the parents of the students involved alerting them of the accident. After confirmation of each student’s condition, follow up phone calls were made to those same parents to notify them of their child’s location.

Huntsville ISD is so thankful for the swift response of all of the first responders and emergency agencies to today’s accident. Our thoughts and prayers are with all the Hornet players, coaches and families involved.

DPS: 13-year-old killed in crash on Highway 21 in Brazos County

DPS: 13-year-old killed in crash on Highway 21 in Brazos County