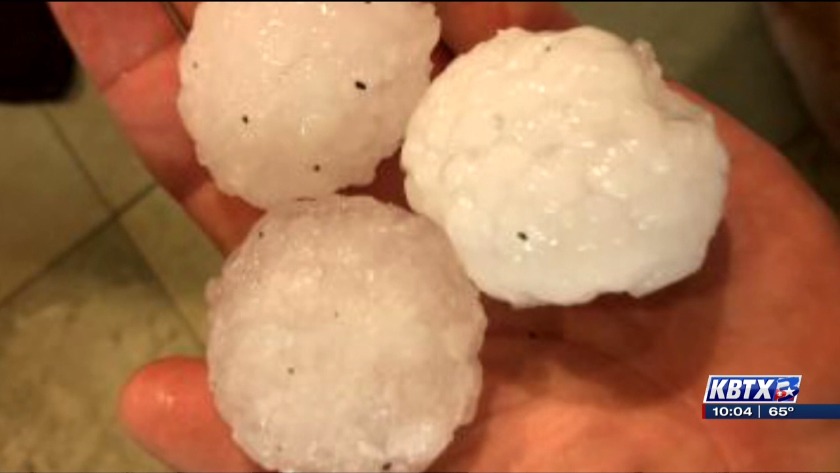 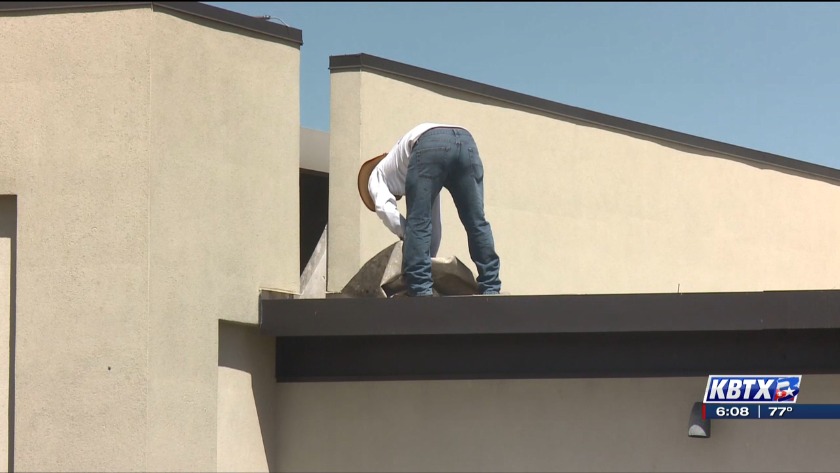 Hail from the size of dimes to as large as tennis and baseballs pelted property across several counties.

The storm is putting dents not only in cars, but people's wallets.

Area residents and insurance companies are staying busy assessing all the damage.

"There are some dents from the hail last night. All over the body, on the roof, the hood and this back. This back fender portion, there's a pretty good size one right here," said Drew Edwards, a College Station resident and Texas A&M student.

Edwards was showing KBTX the hail damage to his Nissan.

He's one of many Brazos Valley residents who had their cars dinged up by hail.

"There were pretty significant sized pieces of hail. I wouldn't say tennis ball sized, but slightly under that. But it was pretty loud. It lasted for maybe 15 to 20 minutes. After that, we call came out and checked our vehicles for damage," he said.

Insurance experts suggest filing a claim as quickly as possible. They say most carriers should contact you within two days after receiving a claim.

"If you have comprehensive coverage hail is covered to your vehicle. Depends on the severity of the damage," said Oliver Sims, Anco Insurance Claims Manager.
"Sometimes paintless dent repair is the best option. If it's more severe, then the repairs may be a little bit more invasive. Your deductible does apply."

Edwards feels fortunate. Some of his neighbors had their windshields and sunroofs shattered by the hail.

"You can't really see it from here but the damage seems not super significant, but it's cosmetic," he said about his car.
"We're hoping our insurance will cover those claims."

"One of the things that we look for is abnormal impacts, like bruising. Like bruising would be on your skin, well that's the way it sort of looks like on a roof. The roof field being nice and clean, you'll see impacts that look like black eyes on the roof," said Michael Schulte, a Schulte Roofing Roof Specialist.

He was inspected a home that will need a roof replaced after it was hit by golf ball sized hail stones.

"Hail will normally not impact the roof negatively for a while, but what it will do is escalate the rate of deterioration of the roof," Schulte said.
"A roof that would have normally lasted another eight years, now it might last another two or three years before it starts wearing and breaking apart," he said.

Over at College Station, America's Choice Roofing was doing roofing repairs at Fish Daddy's. It's closed until Tuesday because huge hail pelted the roof, causing rain to flood the restaurant. Cleaning crews were working inside too.

"To be honest with you, this is hail season starting now. So and this is the first event actually that we've had," said Gary Spivey, Owner of America's Choice Roofing.

"And normally up north they get it quite often but here we don't so we're very fortunate when it comes to that," he said.

Spivey recommends using local roofing companies and making sure they have insurance. He also says you should contact your insurance as soon as possible for a claim.

Many roofing companies also offer free inspections if you aren't sure your home was damaged by the hail.