Local residents on edge after shots fired at apartment complex

Local residents on edge after shots fired at apartment complex 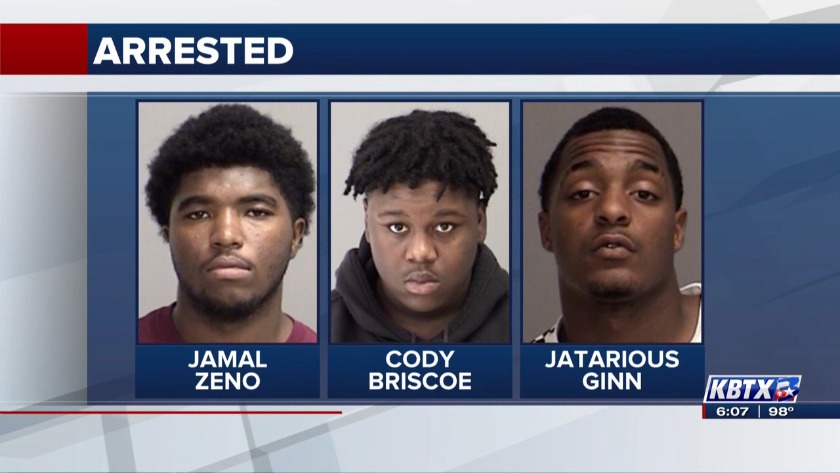 COLLEGE STATION, Tex. (KBTX) - Three teenagers were arrested early Thursday morning after shots were fired at an apartment complex and a vehicle in the 2000 block of Southwood Drive in College Station.

The news wasn't shocking for Michael Bradford, who lives across the street. He says one of the reasons he's moving is because of recent crime in the area.

"There have been a couple in the last few months that I've woken up to and it scares me half the time," said Bradford.

Right next to the apartment complex is where Tracey Acosta works. She says the news makes her nervous. She and her coworkers are more alert now.

"More aware of our surroundings and maybe wait for each other to walk in because sometimes we're here by ourselves," said Acosta.

Officers say the teens were seen running from the area as officers responded to reports of suspicious activity.

One of the residents in the apartment complex confronted the teens, and that's when the shots were fired by at least one of the suspects, according to College Station police. Nobody was injured.

All three are charged with Aggravated Robbery and Evading Arrest.

Anyone with information regarding these incidents is encouraged to contact the College Station Police Department at 979-764-3600.