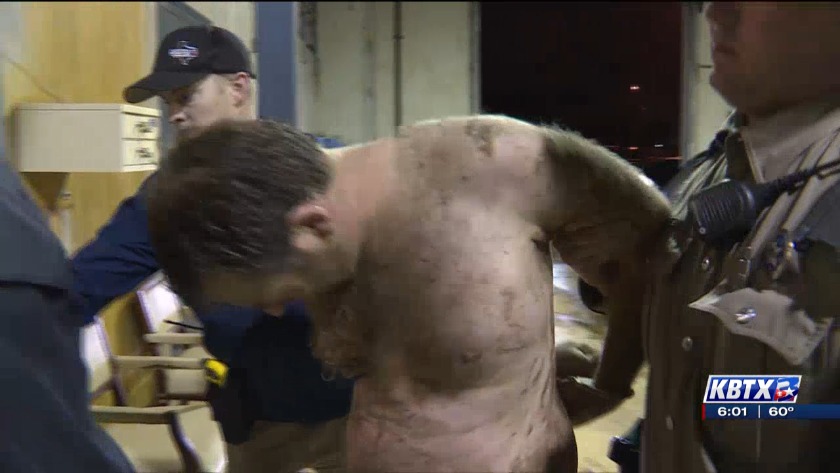 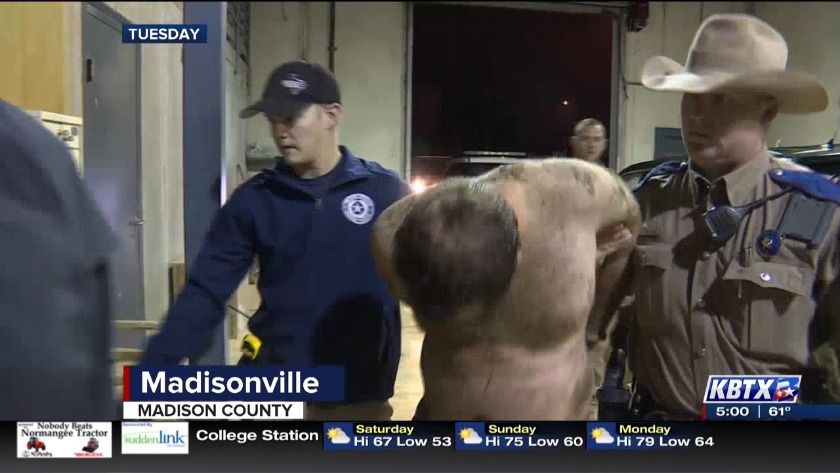 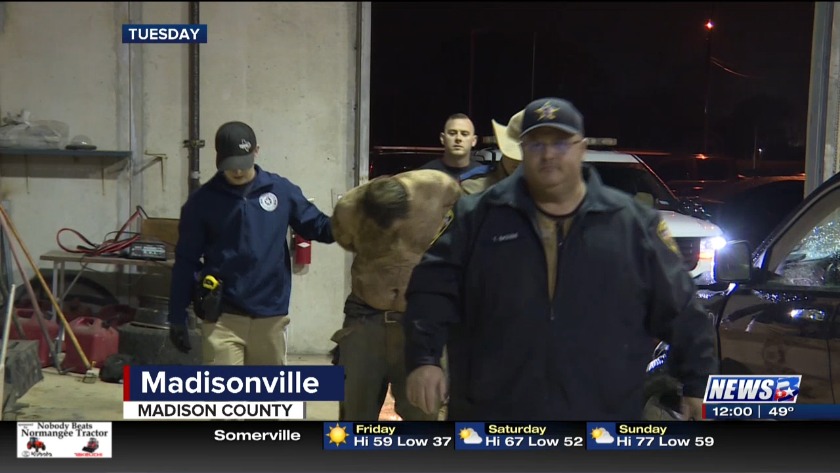 Adam Carter, 34, was arrested Tuesday night after a four-hour manhunt that ended nearby his home.

The manhunt began after Carter allegedly rammed a woman’s vehicle and fired at least two shots at the victim’s car with her children also inside along FM 1452 west of Madisonville.

It has been indicated the victim and Carter are going through a domestic dispute.

"Yes these bonds are high but in this particular case, you know you’ve got to look at the circumstances that were involved around this thing. We were very lucky that this wasn't any more serious than what it was. I mean you had five people involved out there that come within inches of losing their lives and it wasn't because he didn't try," said Sheriff Travis Neeley of Madison County.

KBTX asked about the high bond in this case.

"You know unfortunately at this time, incarceration is the best alternative to this kind of situation. Plus you have to ensure that the bond is high enough to where this individual is going to remain and report to court whenever he has court dates. The last thing we need is for him to abscond from justice and be out there and it just brings pure terror to this family," said Neeley.

Paris Payne and other residents were amazed to hear Carter's bond is set at $9 million.

"It was really shocking because I've never heard of a bond that high on a case where no one actually got killed," said Payne of Bedias.

"I believe that they're doing the right thing by setting those kinds of bonds... I mean he could have killed his whole family and there is no amount of money can bring them back," said Payne.

Law enforcement caught Carter at his home several miles away on Wildwood Lane after they said he traveled there on foot.

"I think his whole plan was to kill her if he could and he certainly was trying to," said Neeley.

Neeley said two women had a gun also pointed at them when they rescued the woman and children from her wrecked vehicle and drove them to safety.

"Those two ladies if they hadn't done what they did... His intent was to deliberately use that shotgun that night out there so you know they deserve a big hand and a big thank you for that. They put themselves in harm's way," Neeley said.

"I do know that that family will be in my prayers and I know there many people praying that those children don't be scarred for the rest of their life," said Payne. "Maybe he'll do some rethinking about his own life because surely he's going to get a lot of time in prison."

Neeley said they are still investigating the type of relationship between Carter and the victim.

He said the victim was treated at the hospital but no one was hit by the shotgun pellets.

Neeley added Carter does not have an extensive criminal history. He said he's only aware of a minor incident with law enforcement before.

Brazos Valley Voter Guide: What to bring, where to go & who is on the ballot
Related Stories