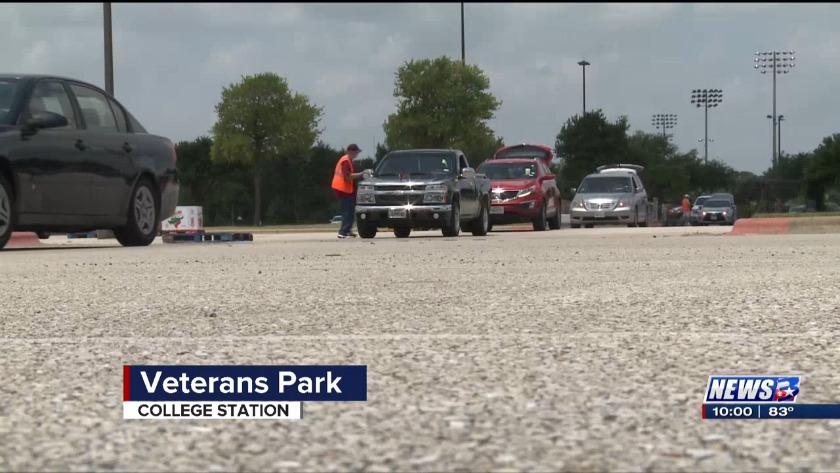 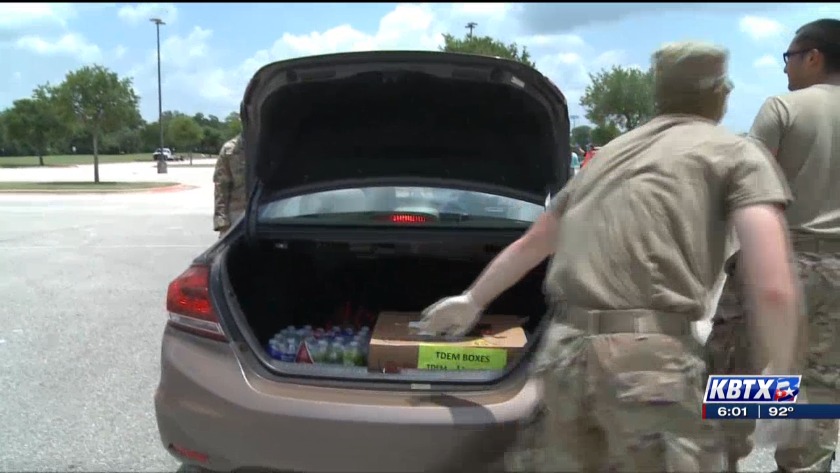 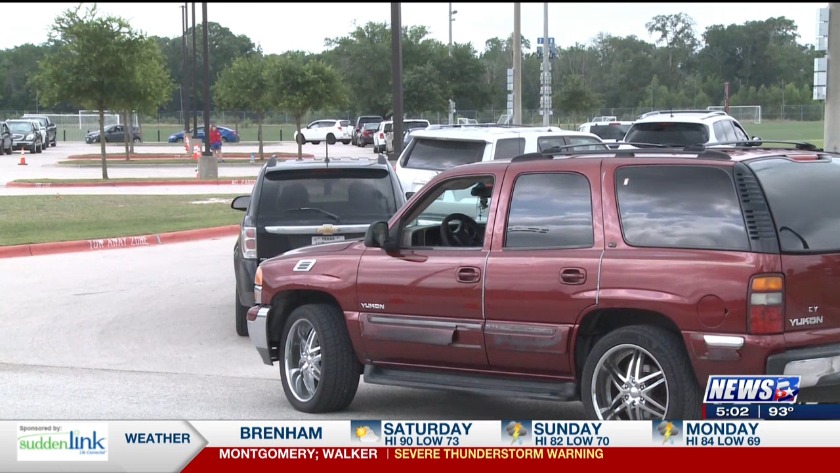 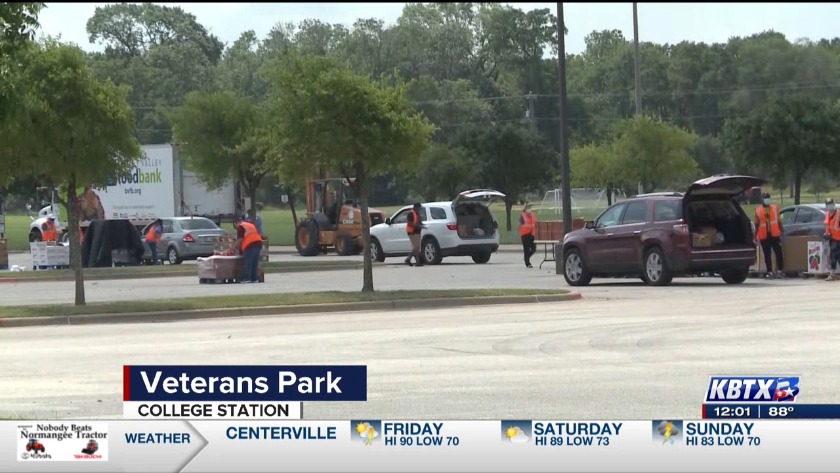 Brazos Valley Food Bank leaders say people from all walks of life are needing a little extra help during the COVID-19 pandemic. At this particular event, BVFB reports that more than 700 households were served.

Before the event started at 11 a.m., a line of vehicles snaked around Veterans Park all the way to University Drive. College Station police said they counted 281 vehicles waiting to be served.

Texas National Guard members worked hand-in-hand with volunteers from College Station P.D. and the city's parks and recreation staff, as well as with food bank staff.

Residents in line told KBTX they were extremely appreciative.

Barbara Johnson of Bryan was one of the recipients. She says she has had less work as a housekeeper as people quarantine and adjust to life during the pandemic.

“I think that it’s a great thing that they’re actually coming out and helping the community because it’s a lot of us that's at work right now [are] really going through a lot," Johnson said. "Trying to stay afloat, so this is a big help to the community.

Brittany Fenner of College Station brought her family through the line Friday afternoon. It took them almost two hours to complete the process, but they say, it was worth the wait.

"It means a lot," said Fenner, mother of three. "I have an elderly father, and he's not able to get out on his own to do something like this. And for everybody to be so selfless in a time like this, it means a lot to the community, it really does."

City leaders were proud to see the efforts, though they say they would always rather be doing even more.

"All total 586 vehicles came through and there could have been more, but of course there's a limitation on just how much could be put together," said College Station Mayor Karl Mooney. "It just shows that it's a tough time out there for a lot of folks. We talk about the impact this is having; food cuts down to the core, and if you don't have food, I mean, what do you have?,"

" Food is just one thing people shouldn't have to worry about. We have it. We want to give it to you, it's available," said Theresa Mangapora, Brazos Valley Food Bank Executive Director. "People just don't talk about not having food. It's not a comfortable topic," she said.

The Brazos Valley Food Bank's next event will be Wednesday at the Washington County Fairgrounds in Brenham from 11 a.m. to 2 p.m.