BRYAN, Tex. (KBTX) - A tropical wave over the Southeast Bahamas now has a high chance for development as it moves northwest toward Florida late this week, then potentially into the Gulf of Mexico this weekend.

As of the 7 a.m. update from the National Hurricane Center, widespread cloudiness and rain extended from the Southeast Bahamas to the north over the Southwest Atlantic Ocean. The NHC notes an increase in convection and general organization of the tropical wave, and we could have a tropical depression within the next couple days.

As it stands, forecast data suggests that this will bring little-to-minimal impacts to the Upper Texas Coast or the Brazos Valley. Suggestions are for this to move inland somewhere over the Gulf Coast between New Orleans and the Florida Panhandle. Newest model data has been much different, having this system stay on the eastern side of the state. While we're waiting for more consistency with model data, that can't be ignored at this point either.

The local forecast currently has a 30% chance for scattered rain Monday and Tuesday for the potential that some additional tropical moisture reaches the Brazos Valley. 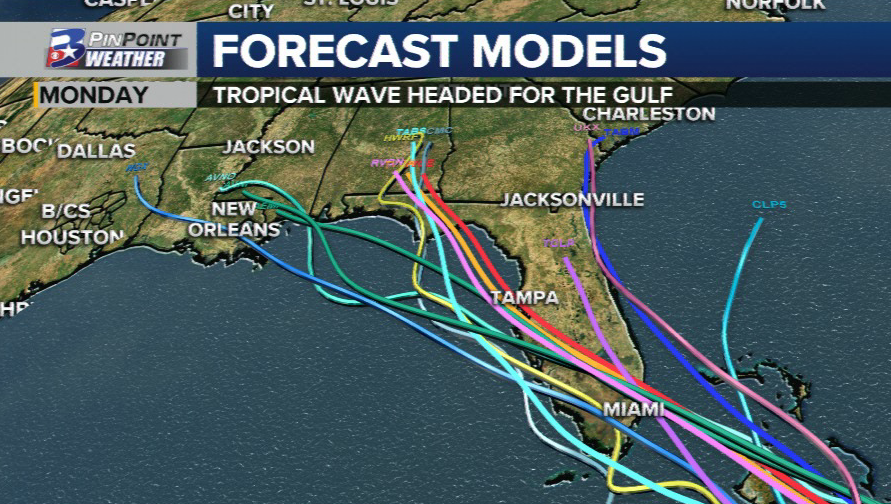 At this time, forecast models suggest that this could strengthen further to become a tropical storm before making landfall by the end of the weekend or very early next week. If it does, it would be named Humberto.

From @NHC_Atlantic: tropical wave over SE Bahamas as HIGH 70% chance for development by Friday or Saturday. Tropical depression could form before the work week ends
As it stands, indications are this will stay east of the Upper Texas Coast. Eyes on it over the weekend regardless pic.twitter.com/DuUT54sbrX

This week's rain: Reports from around the Brazos Valley

This week's rain: Reports from around the Brazos Valley