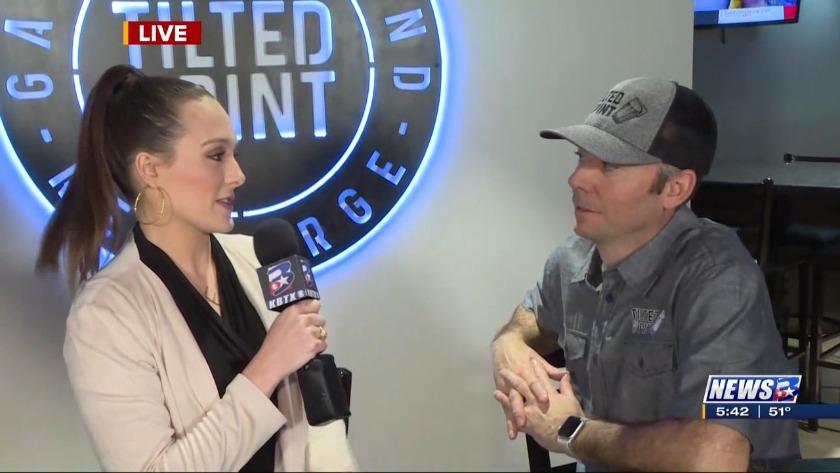 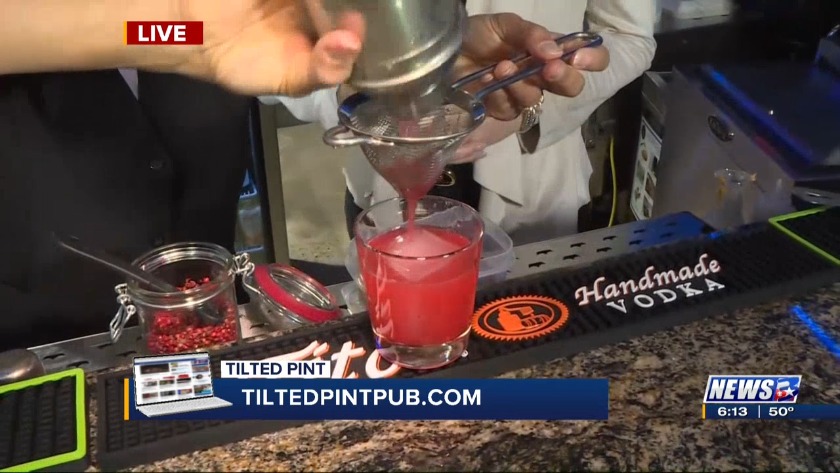 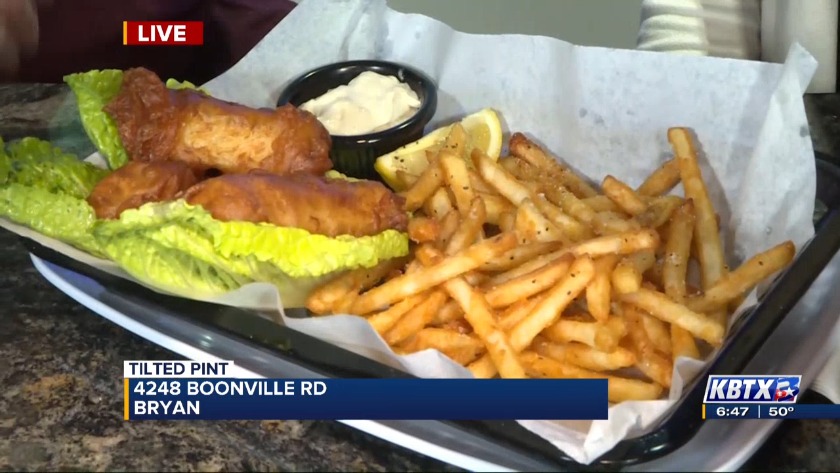 BRYAN, Tex. (KBTX) - “Gather with friends, unwind with a pint, and recharge with a meal,” said Tilted Pint, owner and front of the house manager, Kelly Enright.

Now open, the Tilted Pint, is a neighborhood pub in Bryan.

“We want to cultivate in the bar an environment, where people feel at home,” said Enright. “Where everybody knows each other, and of course we know who you are and what you like to eat and drink.”

Kelly Enright, Jason Areseneaux, and Jeff Blaszak are the three masterminds behind the Tilted Pint. One night while drinking homebrews, they discovered there was a need for a pub with great service in the area for people to come together, according to Enright.

The Tilted Pint got its name from a trip two of the owners, Areseneaux and Blaszak took to the Guinness factory in Ireland, and while at the factory, Jeff and Jason learned how to properly pour a Guinness, according to Enright.

“And when we were talking about that experience that tilted pint stuck, and I said ‘I think that’s the name.’ And when you think about it everything we do here [, at the Tilted Pint,] when we craft a drink or make something for you we are tilting, so we thought we would use that in our name.”

They spent two years designing and creating the perfect pub with the help of Praxis Designs.

“If you have ever been to a pub before, you always notice that it kind of hugs you,” said Enright. “It’s very warm and inviting.”

The Tilted Pint features design elements like a U-shaped bar, so customers can interact, according to Enright.

In addition to their namesake, they also brought the concept of an imperial pint back from their travels to the United Kingdom, according to Enright. Today, most bars pour their beers in a 16-ounce pint glass; however, at the Tilted Pint, all drafts are poured in the imperial pint, which is 20 ounces.

If you’re not looking to drink a beer, the Tilted Pint also tilts wine and handcrafted signature cocktails.

Beyond cocktails and brews, the Tilted Pint has food that you can find at your traditional pub plus dishes with a more modern flair. According to Enright, homemade and natural ingredients are import to the creation of their dishes, who also claim their fish and chips are one of the best in town. Additionally, all of the sauces and dressings are made from scratch by Chef Marlo Shepley, according to Enright.

For more information on the Tilted Pint, see the related links section.

Hope for a good soaking: Wet and chilly through Thursday morning
Related Links