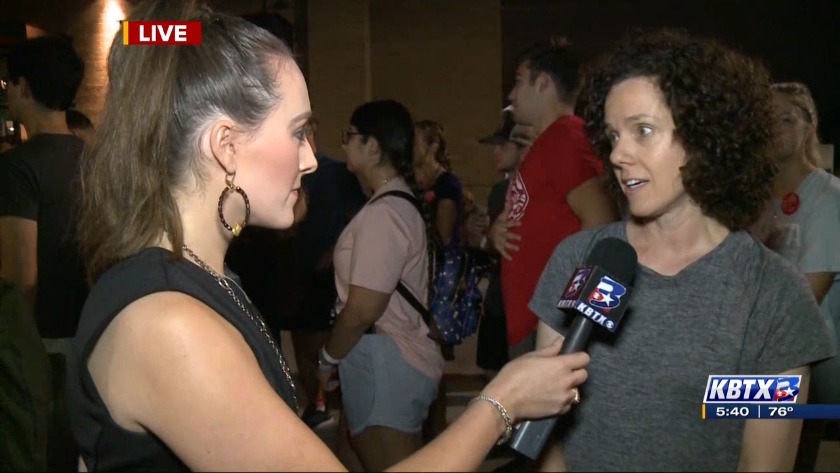 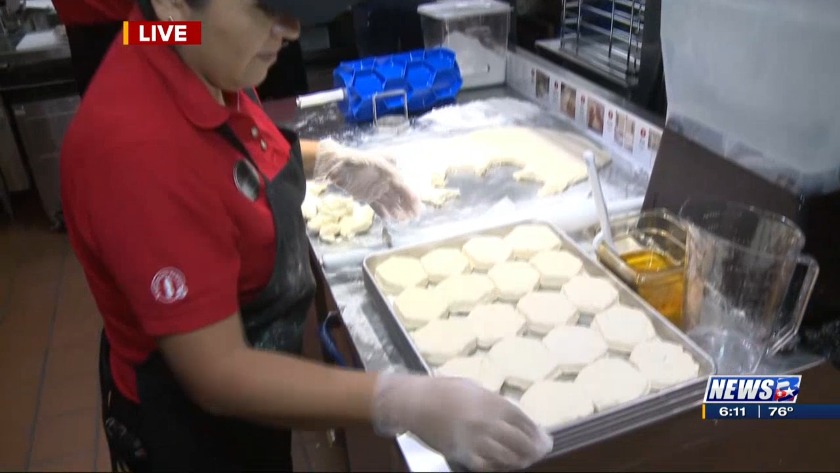 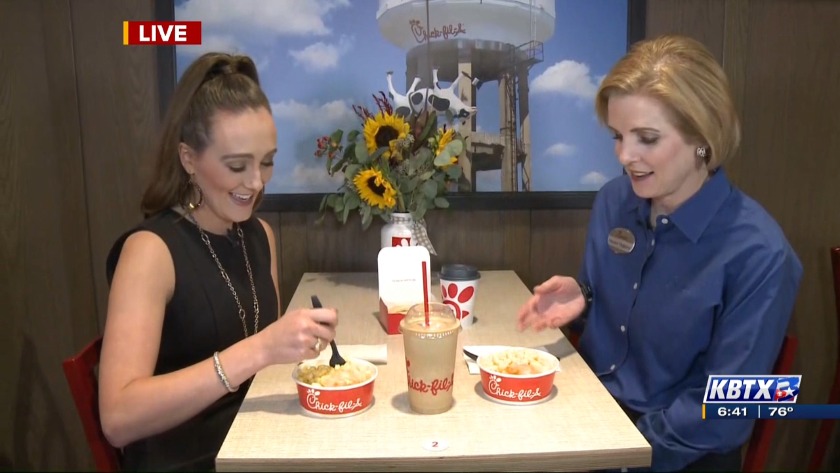 The grand opening celebration festivities kicked off the evening before. Before 6:00 p.m. on September 18, people began to arrive for a chance to win a free year supply of Chick-fil-A meals, one meal a week for 52 weeks.

The first 100 to arrive were selected as winners, provided they camped out for the next 12 hours in the Chick-fil-A parking lot.

The operator of the new franchise is Jerald Huggins, who has a rich history with Chick-fil-A restaurants in the BCS area.

“We love the fact that Chick-fil-As are locally owned and operated, and that we don’t have a business and don’t live there,” said Hayley Huggins, wife of Jerald Huggins. “We live here in the community and are a part of it.”

According to a statement from Chick-fil-A, the “4676-square-foot restaurant [the Chick-fil-A Jones Crossing] has been designed to enhance all aspects of a guest’s experience from the drive-thru to the counter to in-restaurant dining,” and the drive-thru “can handle upwards of 200 cars an hour.”

The Chick-fil-A at Jones Crossing will operate Monday through Saturday, 6:30 a.m. to 11 p.m.

One of the area's most wanted arrested Tuesday by Bryan police

One of the area's most wanted arrested Tuesday by Bryan police