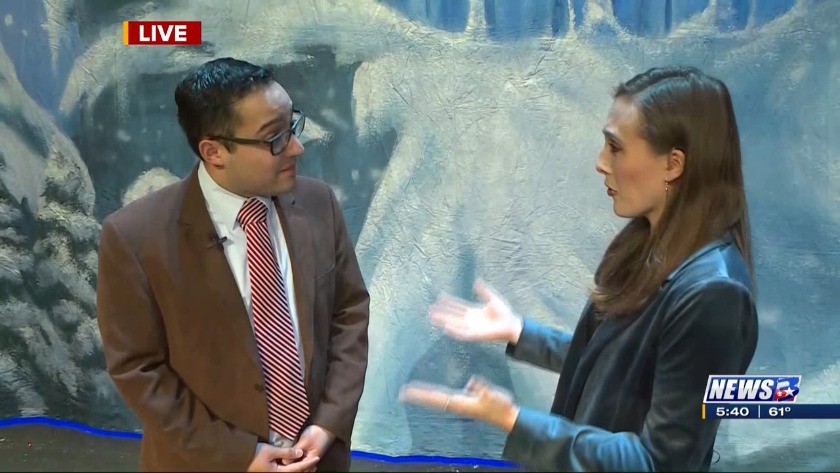 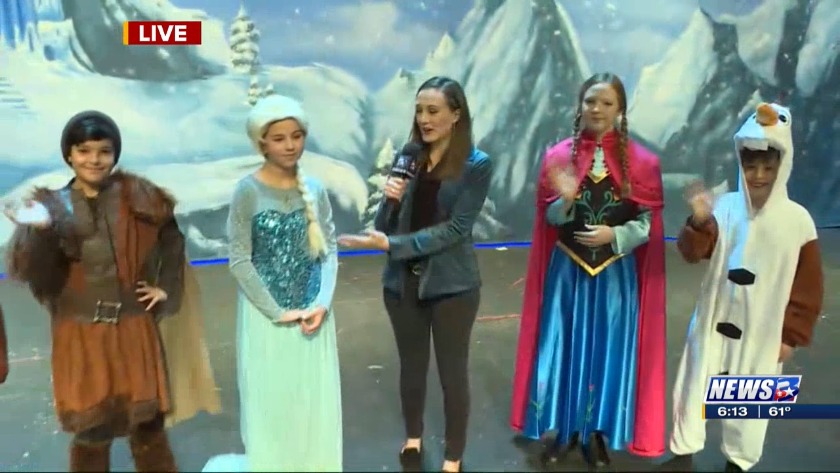 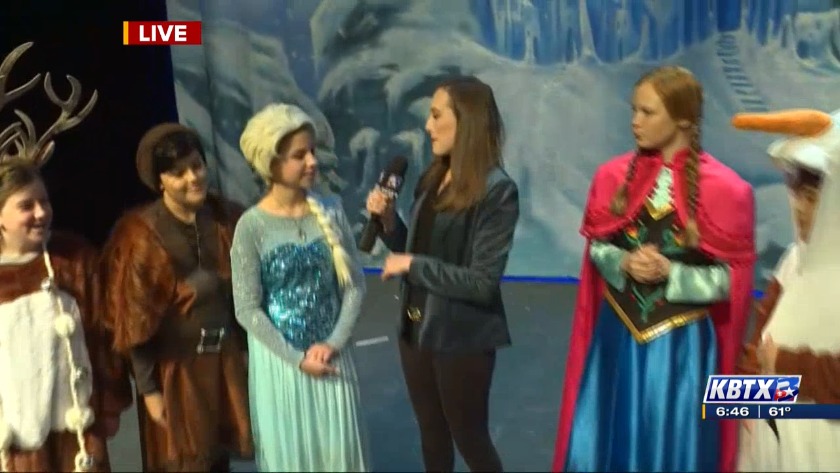 COLLEGE STATION, Tex. (KBTX) - “Do you want to build a snowman?”

“Frozen JR. is based on the 2018 Broadway musical, and brings Elsa, Anna and the magical land of Arendelle to life onstage,” according to Disney’s Frozen Jr. Facebook page. “The show features all of the memorable songs from the animated film, with music and lyrics by Kristen Anderson-Lopez and Robert Lopez, plus five new songs written for the Broadway production.”

Sixty students from Pecan Trail Intermediate, all fifth and sixth graders, make up the dedicated cast and crew behind the production.

“What makes this show really unique it’s a true theatrical experience from the front of the house to the back of the house,” said Roy Rodriguez, theatre teacher at Pecan Trail Intermediate. “The students are running the lights, the sounds, the props and the curtains. They’re also obviously acting, but it’s a full production where the students are taking complete leadership of it.”

“As directors, it’s wonderful because we get to step back and watch from afar and see what they have created on the stage,” said Rodriguez.

“What’s really cool about this show is, Anna is going to burst in and say hi to everyone,” said Rodriguez. “There is going to be snow. We are going to be playing with beach balls.”

“The audience is going to feel like they are a part of this story, like they are in Arendelle with us and they are going on this journey with us.”

Following the show, the cast and crew will be available for a meet and greet, so you can even give Olaf a warm hug, according to Rodriguez.

Tickets can be purchased HERE!

For more information on the show, see the related links section.