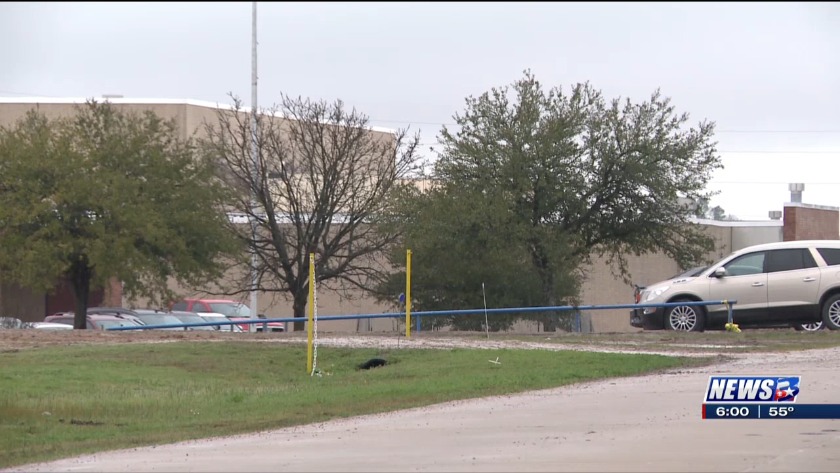 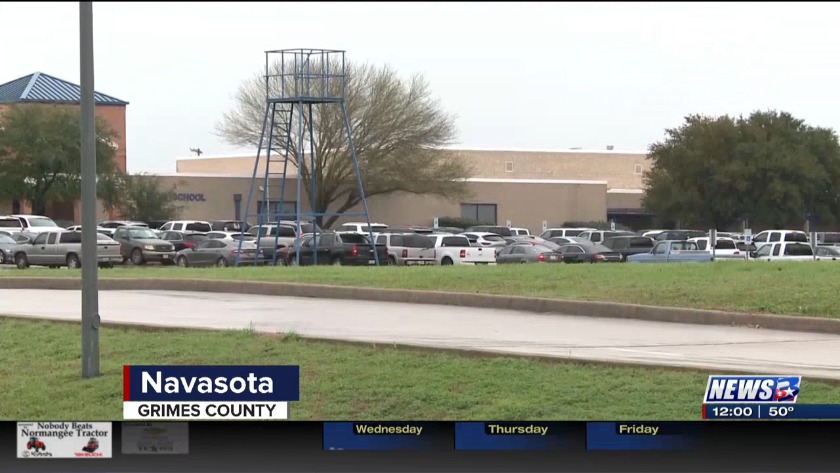 NAVASOTA, Tex (KBTX)- Navasota High School found a note they perceived as a possible bomb threat on Wednesday morning. Students were immediately evacuated for their safety as the Navasota Police and the Navasota Fire Department arrived on the scene.

Navasota Police Chief Shawn Myatt tells News 3's Clay Falls the threat has been deemed not credible and students have been readmitted into the building.

"We'd like to remind parents to speak to their students and to remind them that making threats towards a school is against the law. We will continue to investigate this incident and if we have to prosecute this incident and this student who made this threat we will," said Ronnie Gonzalez, Ed.D., Navasota ISD Assistant Superintendent of Operations.

If you have any information regarding the incident, please call Navasota Police at 936-825-6124

Complete Navasota ISD statement from Facebook:
Posted: 2/12/20 at 9:51 a.m.
Navasota High School received a bomb threat early this morning and is currently investigating whether the threat is credible. Students have been evacuated and we are currently working with Navasota Police and the Navasota Fire Department. For their safety, students are not allowed to leave at this time. We will post more information as it becomes available.

Posted 9:55 a.m. Wednesday, February 12--UPDATE
After a sweep of the building, Navasota High School has received the all clear from Navasota Police. Local law enforcement has determined that this was not a viable threat to the school. Students will be returning to classes and school will resume as normally scheduled. Navasota High School Administration will continue to investigate this incident and work with Navasota Police. If you have any information regarding this incident please contact Navasota Police at 936-825-6124.