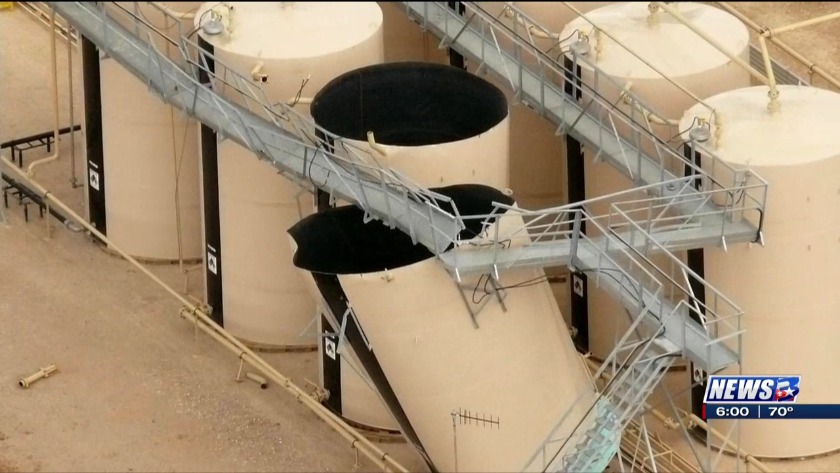 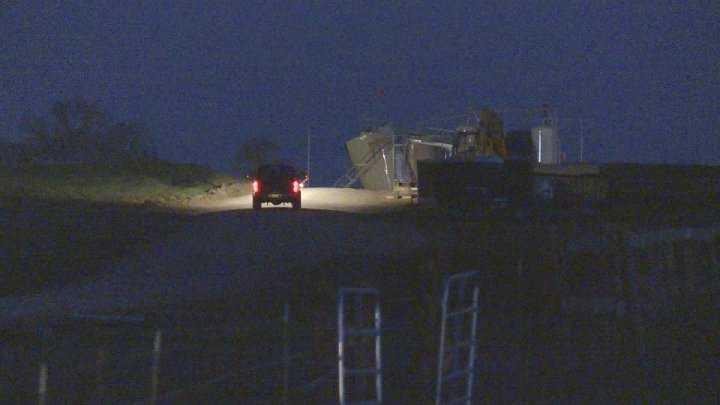 The blast came from a wellsite on Sandy Point Road near OSR on the north side of Brazos County, the company confirmed.

Images from above the site obtained by KBTX show at least two tanks damaged and inspectors still working on Saturday afternoon to determine what caused it to happen.

"No fire occurred and no injuries have been reported. The cause of the incident is under investigation," said Chesapeake Energy spokesman Gordon Pennoyer.

The incident startled residents as far away as south College Station and Robertson County. Police officers and firefighters also reported hearing and feeling the blast. 911 dispatchers received multiple calls from residents who said it shook their homes and rattled windows.

Residents all the way in Burleson County reported feeling the blast shake their homes. Roxie Lambert says her water well blew after she felt the blast.

"The water tank had been moved backward and these pipes were pulled apart, there was water everywhere. It's kind of scary because what about the people who live close to it," said Lambert.

Curtis Blanton lives just 1/4 mile down the road from the well-site and says it sounded like something might have hit their home.

"I just heard this boom and the whole house shook. I ran to the backyard because I thought maybe something bad had happened on the highway behind us," Blanton said.

Workers at the site early Saturday morning declined to comment to KBTX but we could see damage to at least one tank structure on the gated property.

Reaction to the blast
When it happened dozens of people took to social media to describe what they heard and felt. Here's just a sample of what KBTX viewers said:

"I live off of 28th in Bryan and it was loud, shook the house, and felt like something hit it. I could feel it in my chest too," said Alicia Lowry on Facebook.

"Huge rumble! Scared the heck out of the neighborhood dogs. Windows rattled like they were going to drop the glass," said Diggins Brian.

"I live east of Bryan and my windows shuck and then I heard a blast," said Debbie Matthews.

"We heard a loud boom and the house shook, woke up a few people around the scaling subdivision between Palasota and West 28th Street," said Mary Gomez.

"I'm a few miles from there and I thought my house was falling apart I'm on Aggie Way," said Stern Rodneysunny.

Another Chesapeake incident
This is the second incident in the Brazos Valley involving Chesapeake Energy.

Last month, three workers were killed on a worksite in Burleson County following an explosion.

The energy company has released little information about the incident and about the workers who were killed. The family of one of the victims has already filed a lawsuit against Chesapeake.