BRYAN, Tex. (KBTX) - September in the Brazos Valley is no stranger to heat and humidity. 2019, however, took that sentiment to historic levels.

In fact, enough so that September 2019 is now the second warmest ever on record in Bryan - College Station. With an average temperature of 84.9°, it fell just 0.1° shy of tying the actual warmest September on record. 2005's record of 85.0° shook but holds the #1 spot for another year.

Records have been kept since 1882 for the area. The current average is for temperatures that occurred at Easterwood Airport.

So how did 2019 make the list? Much of the month ran above average on both sides of the clock.

27 out of 30 afternoon highs registered above average through the month of September. The only days that finished at or below average occurred over the three day period that Imelda was parked over I-45. 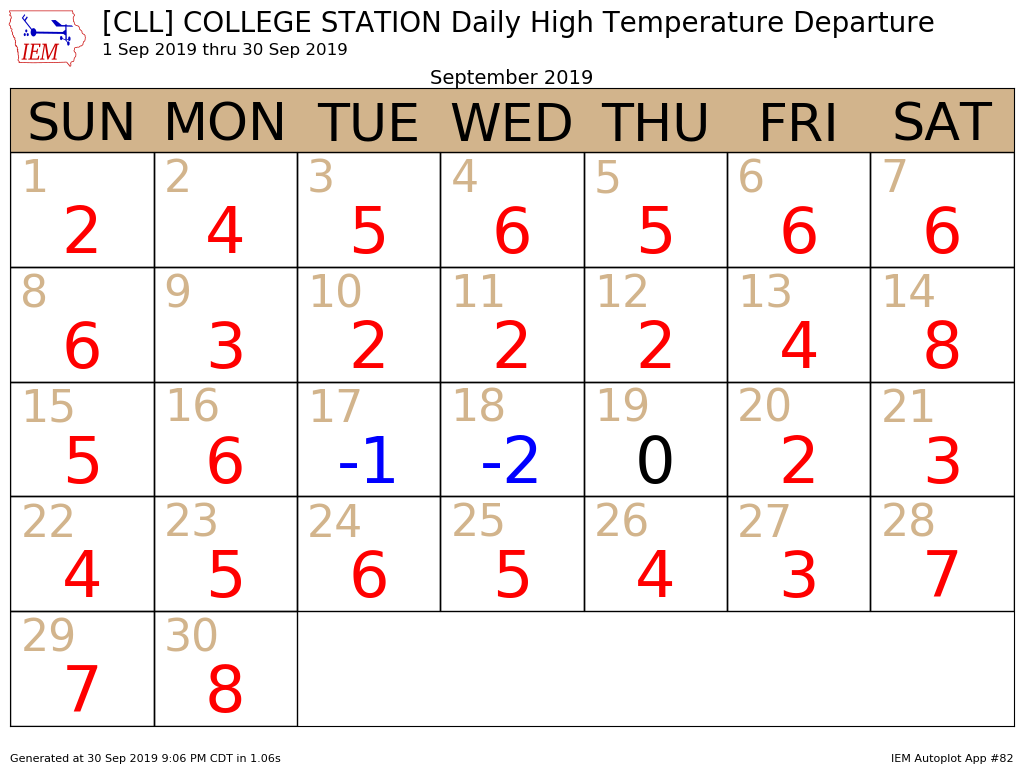 29 out of 30 morning lows were recorded above average throughout September. Only September 2nd started right at the average for the day. 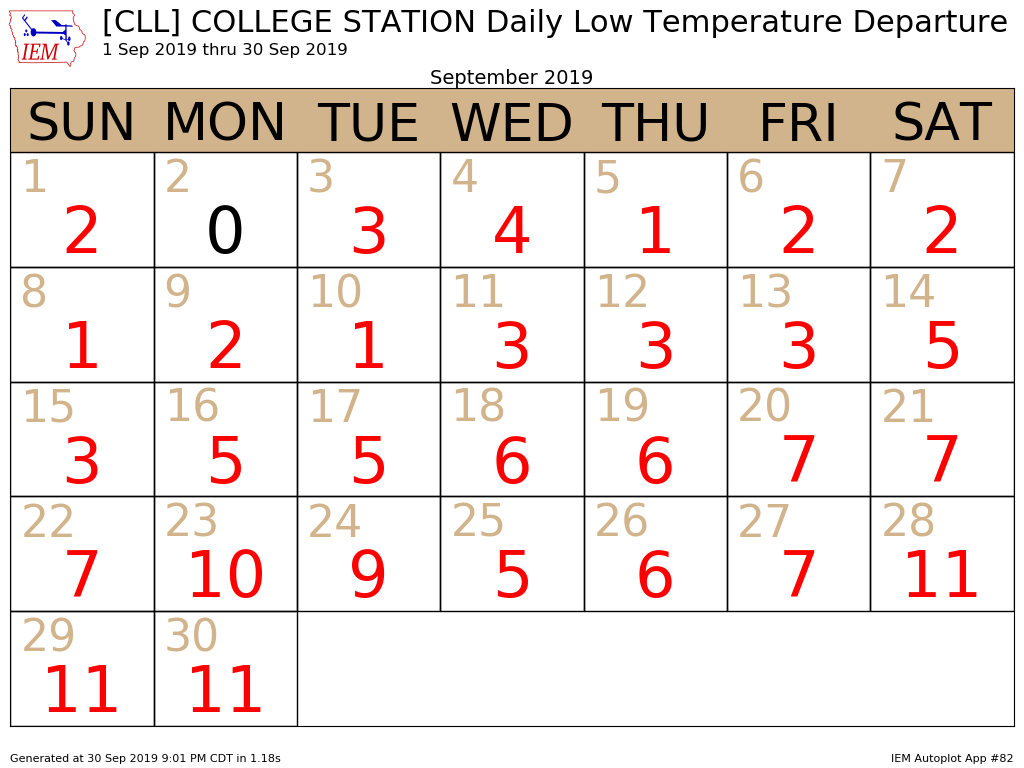 To put September's heat into perspective: the 30-year average tells us the month should generally settle up with an average temperature of 80.0°. That means September 2019 came in 4.9° ABOVE the average.

This record heat comes on the heels of another set last month. August 2019 is in the record books as the 4th warmest ever on record in Bryan - College Station.

Running the numbers on 2019 up to this point:

1st half of the year was incredibly soggy & filled with severe weather April - June.

July took over, the rain stopped falling, drought set in, and temperatures have been (generally) running hot ever since#bcstx pic.twitter.com/R10btpmBfT