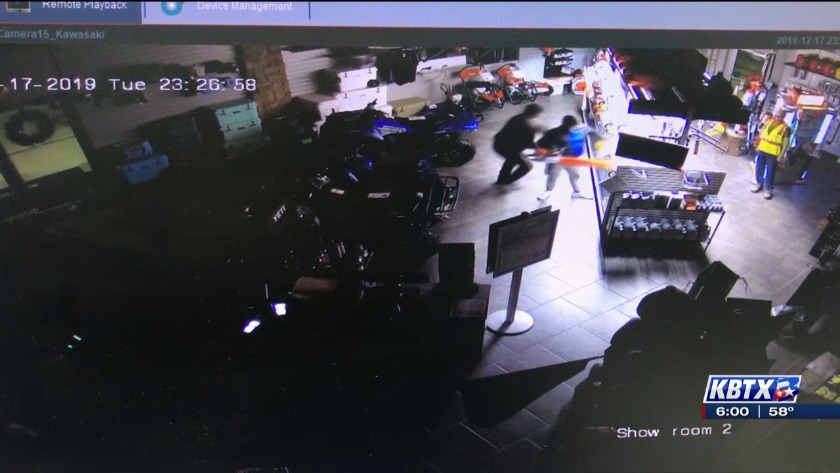 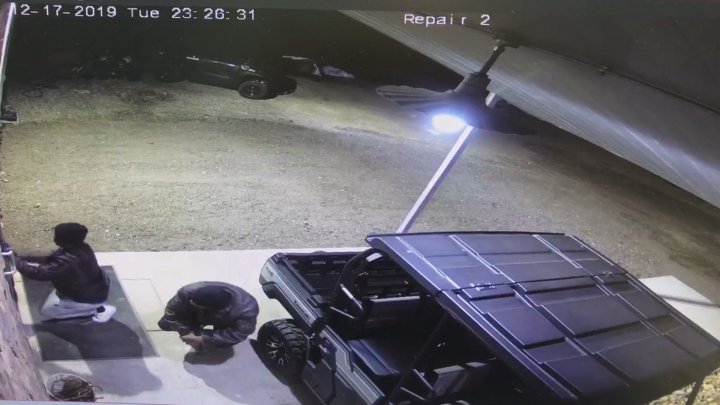 The police department released surveillance video of the crime that happened Tuesday night.

Cameras at the Kawasaki of Caldwell caught two men inside the store. They smashed a side glass door and went inside quickly. The business is located in the 100 block of Highway 36 North.

The video shows them running out with five Stihl chainsaws.

"They were in and out in about 11 seconds so it was a pretty quick in and out deal," said Caldwell Police Chief Charles Barnes.

Barnes said the store has been hit before.

"This particular business was hit in the same manner...in August of 2017," he said.

Police said the thieves got away in a dark colored sedan after the alarm went off.

On Wednesday the side door was still shattered with plywood temporarily covering the broken glass section.

Barnes said businesses and residents should be vigilant this time of year.

"It's Christmas time and so you know crimes like this always pick up during the holidays for some reason," he said. "They're not woodworkers. I guarantee you that."

How CARES Act will impact education

How CARES Act will impact education