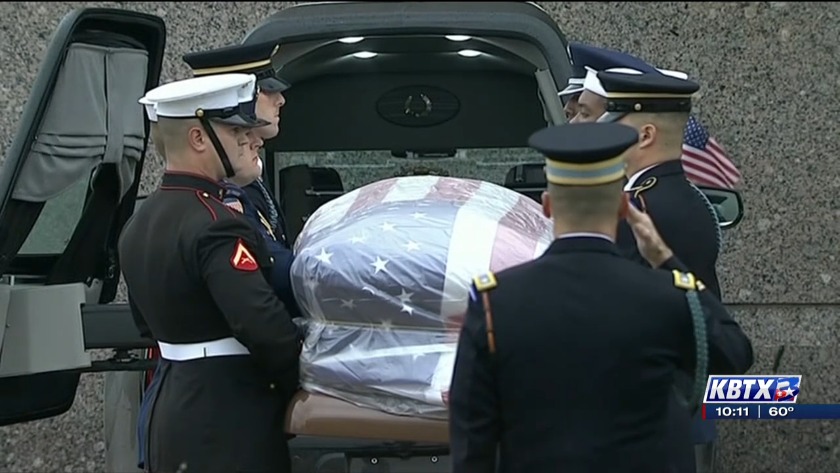 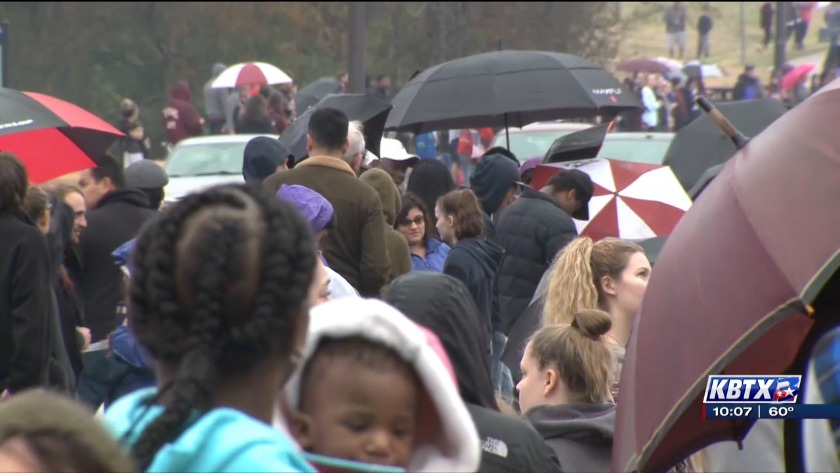 The casket of former President George H. W. Bush arrived in College Station Thursday via train for his burial alongside his wife Barbara Bush and daughter Robin.

People lined up along the railroad tracks across the Brazos Valley to pay their final respects to the former President as a train carried his casket from Houston to the Texas A&M campus.

Some people even made the trip across state lines to witness this once in a lifetime opportunity.

"We've never done anything like this and I just felt a calling, or a need to pay our respects," said Sandy Ackerman, who traveled all the way from California to College Station to witness Bush 414 roll in.

Through the train window people were seen lined up against the fences, holding flags, and waving as the train rolled to a lot across the street from Kyle Field.

Many young students took the day off to be part of history. They say they're learning more here than they can from a textbook.

"This is so much richer than what you can learn in the classroom, so our parents made the decision to take us out of school because this is a once in a lifetime thing," said Jordan Dillon of Copperas Cove.

The blue-and-gray locomotive painted to resemble Air Force One arrived after a roughly 70-mile trip from suburban Houston. Thousands of people lined the train route to pay their respects to the 41st president.

Bush will be laid to rest alongside his wife, Barbara Bush, and their daughter Robin, who died at age 3 of leukemia in 1953.

It was the eighth funeral train in U.S. history and the first since Dwight D. Eisenhower's death nearly a half-century ago.