Tropical Storm Barry forms in the Gulf of Mexico

Now that Barry has become more organized, computer models are starting to grasp at a better picture as to how strong and to what direction this storm will travel. At this time, landfall is expected somewhere along the central and eastern Louisiana coastline.

It's the eastern half of the state that will be dealing with the strongest impacts including storm surge, heavy rainfall, and potentially hurricane-force winds. As a result, Hurricane Warnings and Tropical Storm Warnings have been issued for the state of Louisiana. 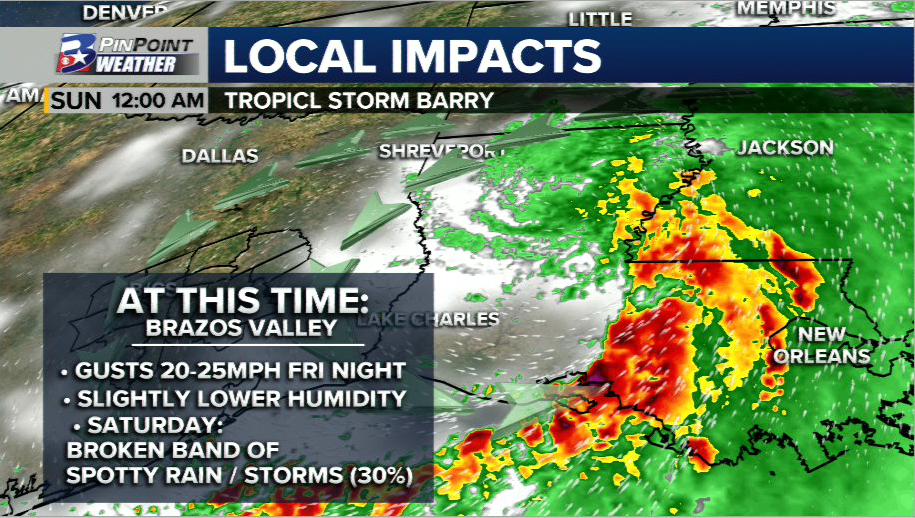 Given this greater confidence in the eastern track, the Brazos Valley looks to have minimal impacts. We may see some isolated showers and storms associated with the far outer rain bands of Barry may try to slip into the eastern parts of the area bringing in winds gusting 20 to 25 MPH. Not everyone will pick up on the rain as we head into the weekend. We will continue to monitor the latest updates with Tropical Storm Barry.
_________________________________________________________
Thursday Morning Update: After multiple flights into the circulation of Potential Tropical Cyclone 2, aircraft sampled winds up to tropical storm strength, leading the National Hurricane Center to officially name the 2nd named storm of the Atlantic Hurricane Season.

Newest model data continues to suggest an eastward shift from what we've seen earlier this week. The newest NHC forecast track almost completely removes Texas from the "Cone of Uncertainty". The storm is forecast to make landfall as a Category 1 Hurricane by early Saturday.

Hurricane Watches are in place along the Louisiana coastline. Heavy rain and flooding will likely be the greatest impact with this storm. Widespread totals of 6-10", with localized areas of 15" or more will be possible through the end of the weekend. 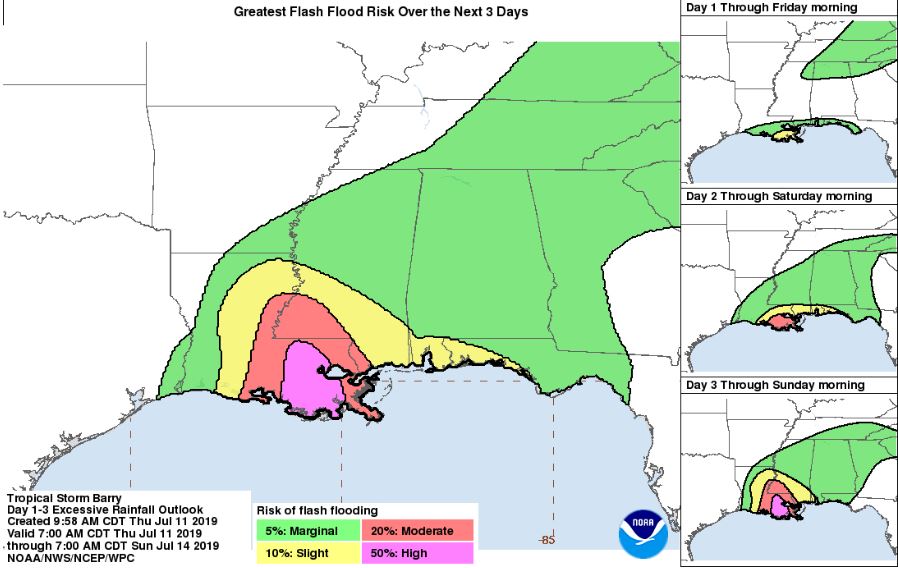 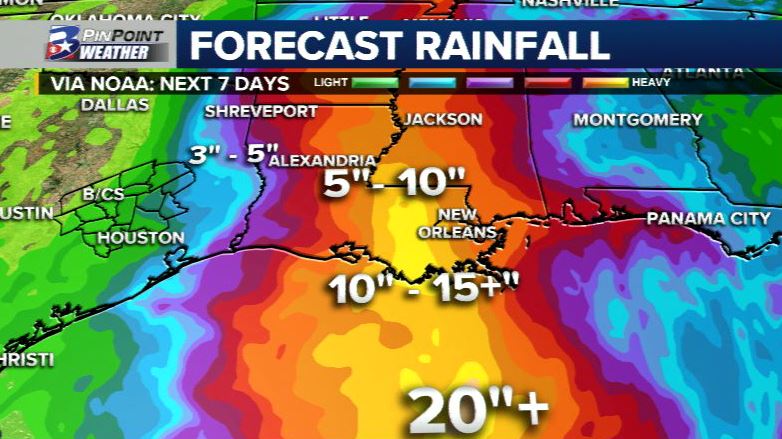 Major impacts to the Brazos Valley are not expected at this time, but outer rain bands may reach our area as early as Thursday afternoon, carrying on through the weekend. Scattered heavy downpours will be possible by Saturday and Sunday. We'll continue to keep you updated on the official forecast, as well as any updates we may have to the track/impacts for our area. 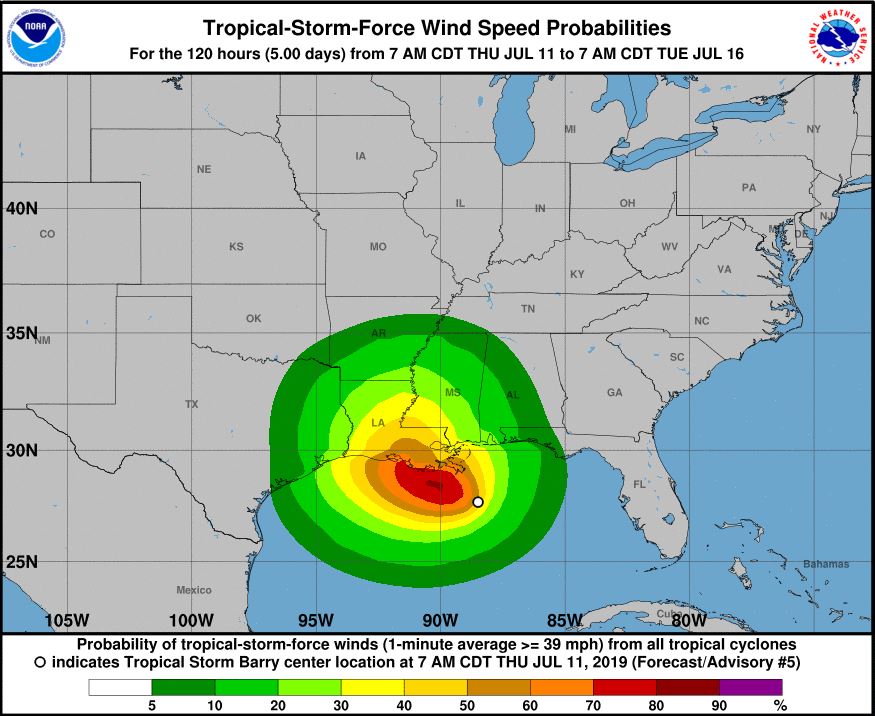