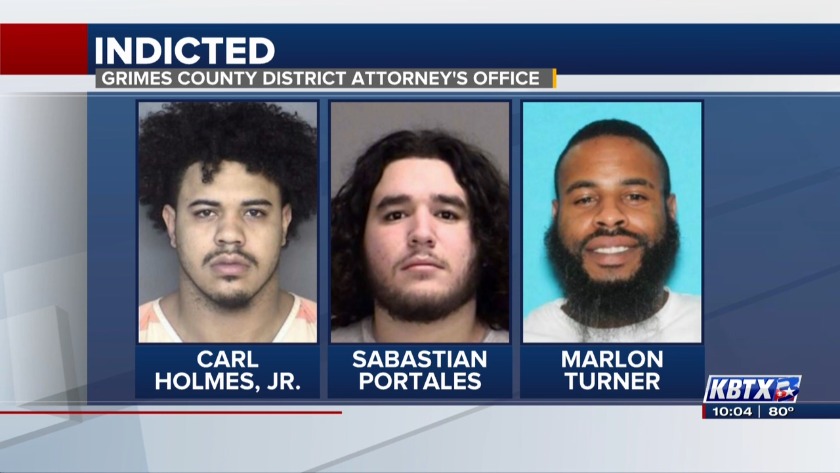 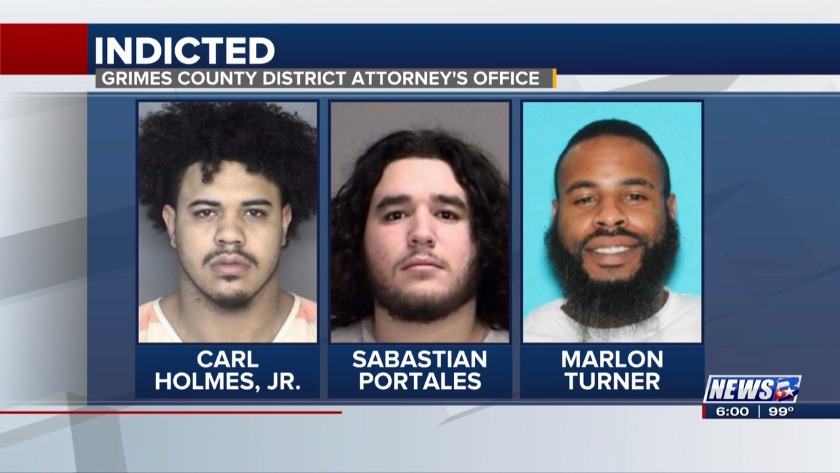 Five people were indicted Tuesday for the kidnapping, robbery, and assault that occurred in May, but the Grimes County District Attorney's Office says three of the suspects have not been arrested.

"Given the severe offenses we're dealing with and the dangerousness of these three individuals we think it's very important for them to be arrested and for the community to be aware so they can assist us," said Andria Bender

They are searching for Carl Ray Holmes, Jr., Sabastian Portales, and Marlon Demon Turner, and investigators say they have connections to Madison County, Grimes County, Houston, and Bryan-College Station.

All three have been indicted on charges including Aggravated Robbery, Aggravated Kidnapping, and Aggravated Assault.

If you encounter these men, you are warned not to approach them. Call 911 immediately.

Information leading to an arrest is eligible for a cash reward.

Details of the crime were not immediately available due to the ongoing investigation.