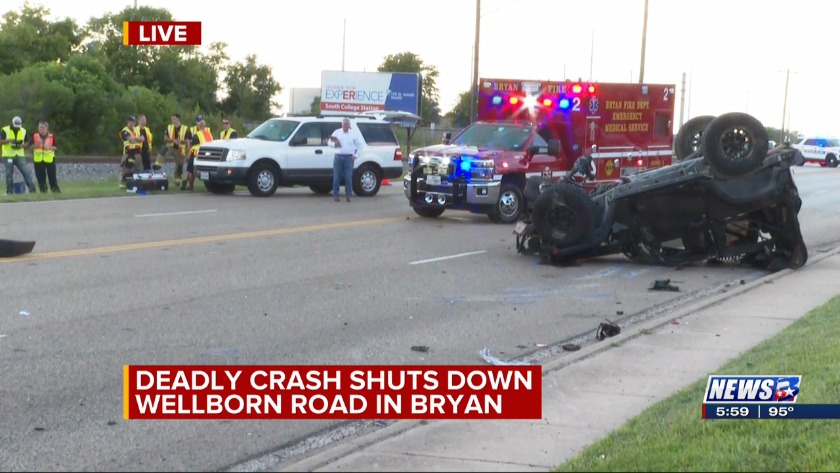 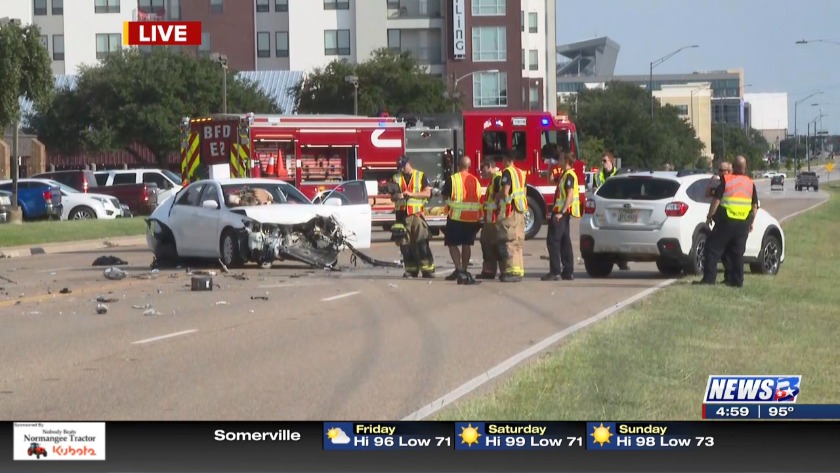 Investigators say the driver of a Toyota Camry was stopped on Wellborn in the southbound lanes to make a left-hand turn into the Westgate Shopping Center.

The Ford van was also traveling southbound and the driver failed to control speed and struck the Camry from behind, said police. This collision pushed the Camry into oncoming traffic when it struck a Jeep Wrangler that was traveling northbound causing the Jeep to roll.

The driver, William Zachary Elder, 21, of Mineral Wells, Texas, was pronounced deceased on the scene. Police said he was not wearing a seat belt.

The driver of the Camry and the Van did not require medical attention.

The driver of the van was issued a citation for Fail to Control Speed and No Driver’s License. Police did not release his name in a statement published on Friday night.

Police say they expect to release the victim's name on Saturday.

Community gathers to support the fight against local hunger

Community gathers to support the fight against local hunger