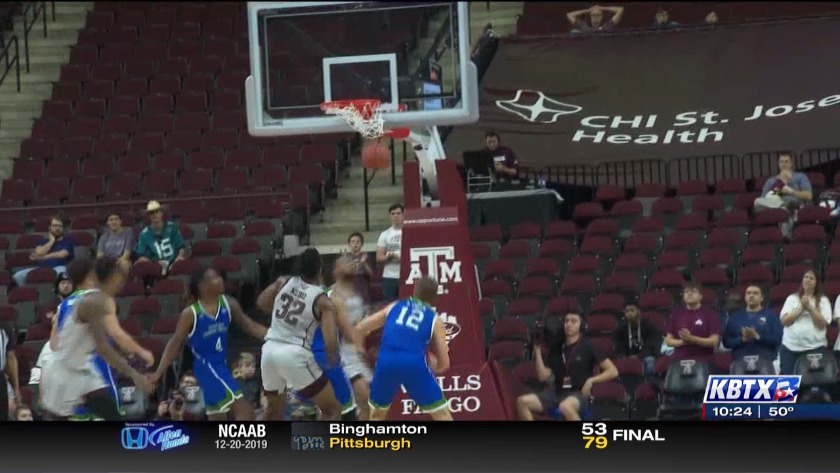 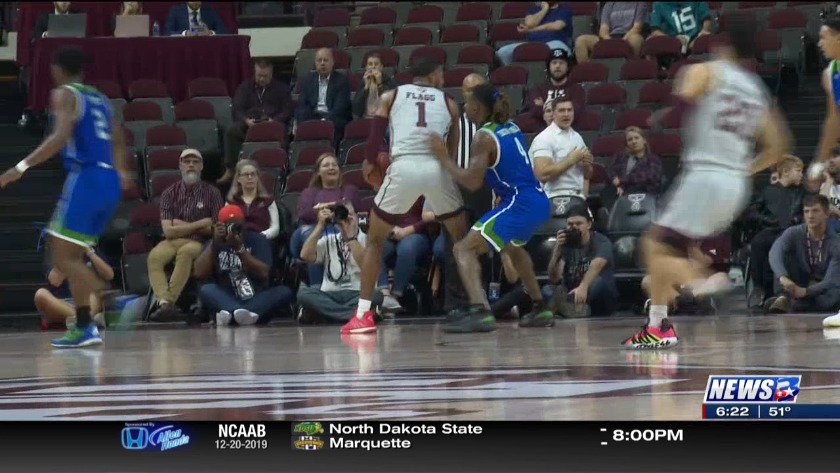 The game can be seen on SEC Network with Roy Philpott and Mark Wise on the call. Authenticated subscribers can access both games through WatchESPN and the ESPN app on their computers, mobile phones, tablets, smart TVs, and other connected devices.

Additionally, the game can be heard on the Aggie Radio Network or locally on WTAW 1620 AM with Andrew Monaco and John Thornton calling the action.

Emanuel Miller led the way with 20 points while grabbing six boards and registering a block. Josh Nebo led the team in rebounds (13) and added 13 points for his 15th career double-double, while Jay Jay Chandler and Savion Flagg both hit the double-digit mark in points with 11 and 10, respectively.

Oregon State (9-1) enters the game on a seven-game win streak after defeating UTSA, 88-78, Wednesday. The Beavers’ offense is led by Tres Tinkle, who is averaging 20.8 points, and Ethan Thompson, who is second on the team at 16.1 points per game.

Saturday's game is the third meeting all-time between the Aggies and Beavers with the series tied, 1-1. The two teams last met in Portland, Oregon in 2018 with the Aggies defeating the Beavers, 67-64.

Saturday’s contest is a part of Holiday Hoops with tickets available for as low as $5. To purchase tickets, please visit www.12thMan.com/mbbtickets. The first 500 fans to the game will receive a Texas A&M bomber hat.