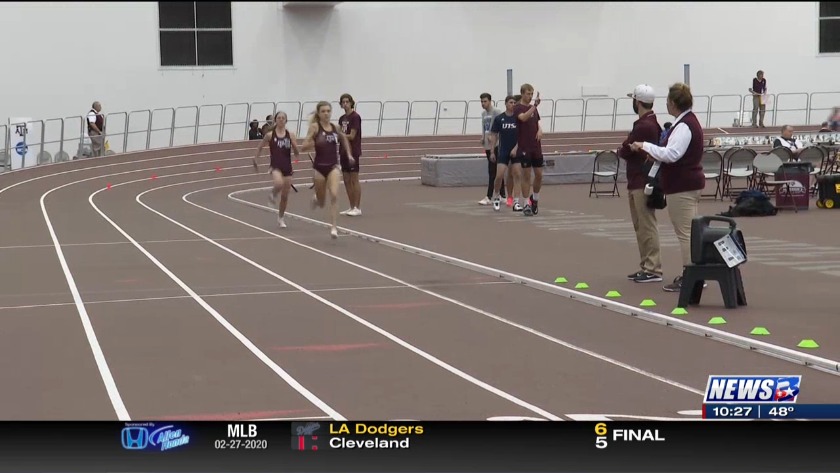 Aggies looking forward to running in front of 12th Man

According to the national rankings the Aggies are not the favorites to win the conference meet, but will be the choice of the hometown crowd and who knows.

Distance runners Kelsie Warren Jon Bishop admitted today that the 12th Man does give the team a boost.

"Having that fan base and support and we also get our team-mates there which is super exciting. Last year it was at Arkansas and they had a huge crowd out and it was a lot of Arkansas momentum with them so I am excited to see our fan base here and having Aggie support," said Warren.

"When you have that little extra push. That extra motivation it really helps. Coach Henry always talks about and makes an oddly big deal about the team chanting and I kinda just now realized that he thinks it is so important because it actually is. He has everybody chanting and it definitely helps," added Bishop.

"When everybody is engaged the team preforms better. The same is true with the team engaging with our people sitting in the stands. Anytime you have that opportunity I think that athletes take advantage of that and the environment creates that and that's why it is fun to run at home," concluded A&M Head Track Coach Pat Henry

Middle distance specialist Devin Dixon likes to run at home. He won the 800 meters at last week's A&M Invite and was named the league's runner of the week, while his team-mate Kristen Masucci was the women's freshman of the week.