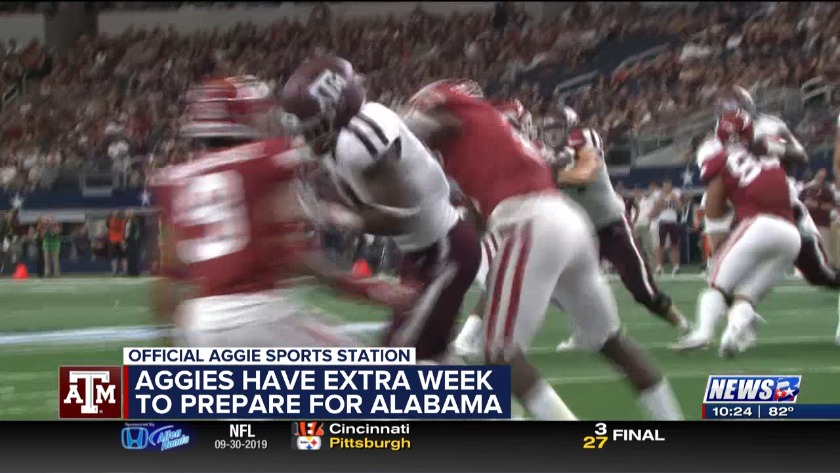 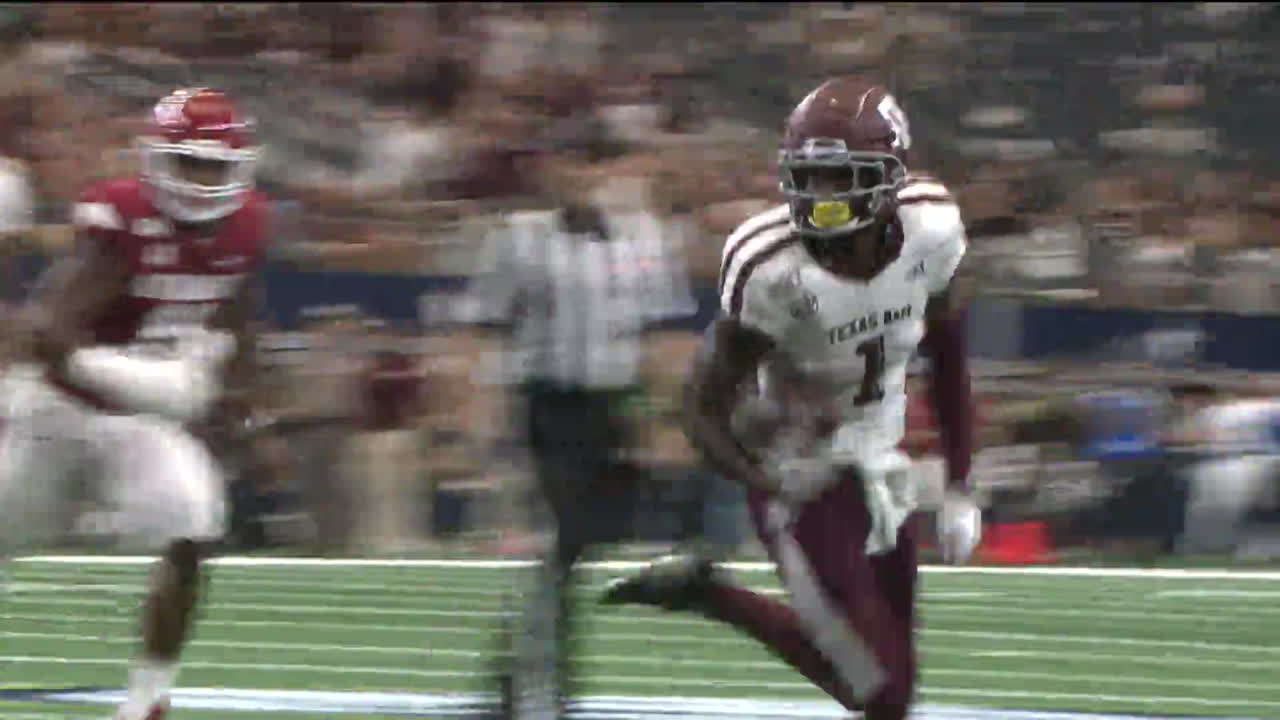 BRYAN, Texas (KBTX) -- Sunday Alabama had jumped over Clemson and took over the top spot in the Associated Press college football poll and Monday CBS Sports announced it would broadcast the top ranked Tide's game against Texas A&M at Kyle Field next weekend.

The October 12th game will kickoff at 2:30 p.m. from Kyle Field (KBTX in the Brazos Valley). It will be the second time in just over a month that the Aggies will face the number one team in the country. Back on September 8 Texas A&M lost to Clemson 24-10.

The Aggies are coming off a 31-27 win over Arkansas last weekend to even their conference record at 1-1.

After a month of football Texas A&M has reached its bye week with a 3-2 record.

Head Coach Jimbo Fisher likes the timing after a close win against Arkansas and knowing top ranked Alabama is next.

Certainly there is plenty to work on during the 'Off Week'.

"It's an off week as far as the game," said Fisher. "It's a work week for us to fundamentally get better. It came at a great time because I saw us we need that to get back and not have to game plan. You can do both, but only having one to do in one week can sometimes help you in those situations. So I think it is very good. Not just because Alabama is coming, but whoever is coming. No matter who you play in this league they are all so finite. I mean Alabama is a great football team we know that, but what we've got to focus on this week is ourselves and our fundamentals and our mental toughness and our competitive nature to practice at a high level so we create the habits that we have to do," ended Fisher.

The 2nd year A&M head coach announced Monday afternoon that defensive back Roney Elam is not available to play and didn't specify if it was an injury or discipline keeping him out.

Meanwhile Bremond product Rashad Paul has decided to red shirt this season. It's believed that a lack of playing time at wide receiver has led to this decision. He's being encouraged to weigh his options and at the end of the season before making a decision about his college football future. Paul has only caught one pass this season and has seen a majority of his time on special teams as a punt returner.