BRYAN, Texas (KBTX) -- Texas A&M's Kyle Field is a pretty imposing place for visitors to play. Even the most experienced players seem to have trouble with the noise. The A&M football players and coaches hope that holds true in the Aggies SEC opener against Auburn.

The Tigers will bring a true freshman quarterback to Aggieland on Saturday in Bo Nix.

Nix has been effective having throwing the football for 545 yards and four scores in three games, but has not been perfect with a pair of interceptions.

"I've known Bo for a longtime," said Fisher. "His father played for me and was one heck of a football player and not only that, but as a competitor and as a football mind one of the best I've ever been associated with. His dad is a winner. He's a great coach. Coached in college. Coached in high school so he will have a lot of intangibles in his blood that some other freshman may not from the experiences of being around those things," continued Fisher.

"I think it's like anything else. This will be his first experience, but I know that he is a great competitor," said Auburn head football coach Gus Malzahn.

"The moment won't be too big. I've said that before. So we'll just have to handle the noise and everything that goes with it," wrapped up Malzahn.

Now the Aggies have already had some success against a guy named Bo in an Auburn uniform.

In the 1986 Cotton Bowl the Aggie defense stopped Heisman Trophy winner Bo Jackson four ties inside the A&M 10 yard line and went onto be the Tigers 36-16.

The show will broadcast live from Kyle Field on Saturday from 1 - 2pm on KBTX.

Former A&M Linebackers Basil Jackson and Dana Batiste, who were in on the that stop, will be the show's In The Zone guest.

Saturday's SEC opener for both teams will kick off at 2:30 on KBTX (CBS). 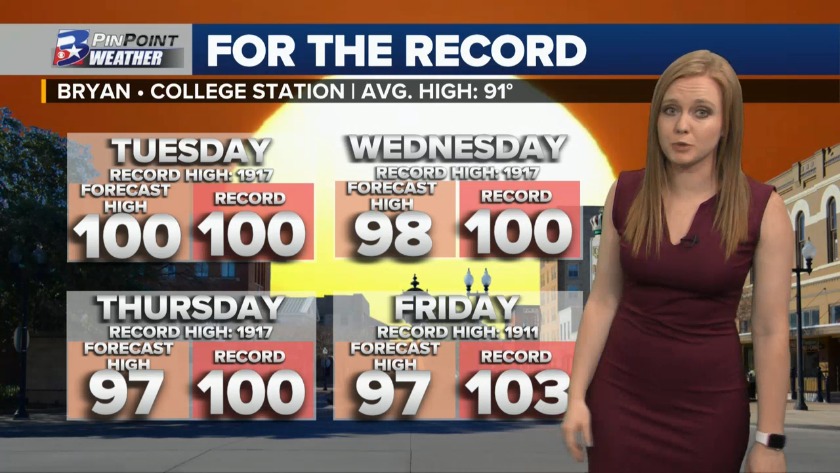