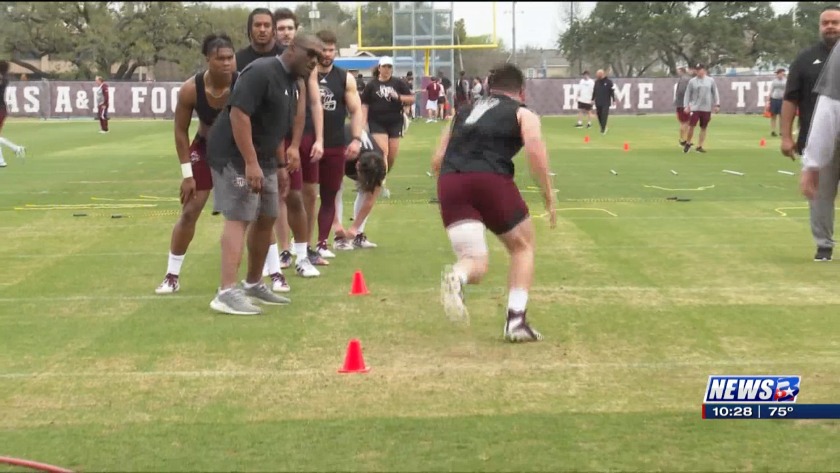 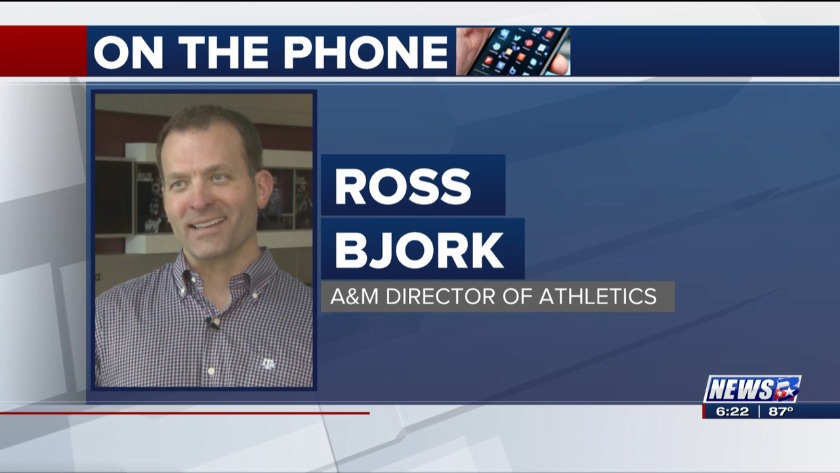 BRYAN, Texas (KBTX) -- Texas A&M Director of Athletics Ross Bjork announced earlier this week that he will hold a weekly teleconference to keep the media up to date on how the athletic department is operating during the COVID-19 pandemic that is sweeping across the United States.

Image provided by: The Association of Former Students at Texas A&M University

During his first one on Wednesday he said less than 300 student athletes are still in College Station and that most of the athletic department is working from home and hoping normal life returns soon.

Bjork was ask about the possibility of this affecting the college football season and said it was an unpleasant thought.

"We have all thought about the worse case scenario and we know how impactful and really just devastating it would be not only emotionally, but just financially for many athletic programs across the country that have football.

I think my comment to Chuck Carlton last week was, 'everything rises and falls on football and so that still applies'.

It would have major impacts across our communities, our athletic programs, the university, the confidence, the emotional piece of it, but it is really too early to tell because we don't know when we are able to really come back together and have any sort of face to face interaction," said Bjork via phone.

When ask about a spring football workout replacement Bjork feels like the NCAA will probably consider an NFL style mini camp leading up to the Aggies' normal August camp.

"I believe there needs to be some accumulation period if you will in May or June or July. Whatever, it doesn't need to be a full on spring practice. To me it's more of a NFL mini camp style," added Bjork.

His next scheduled media teleconference is next Tuesday.