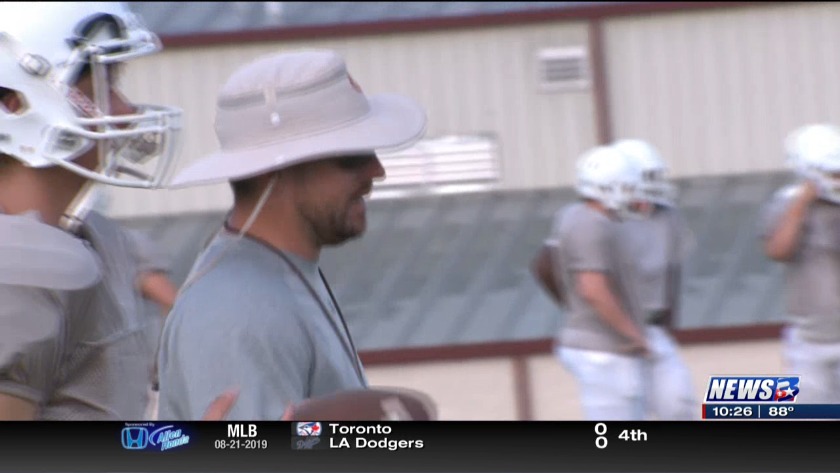 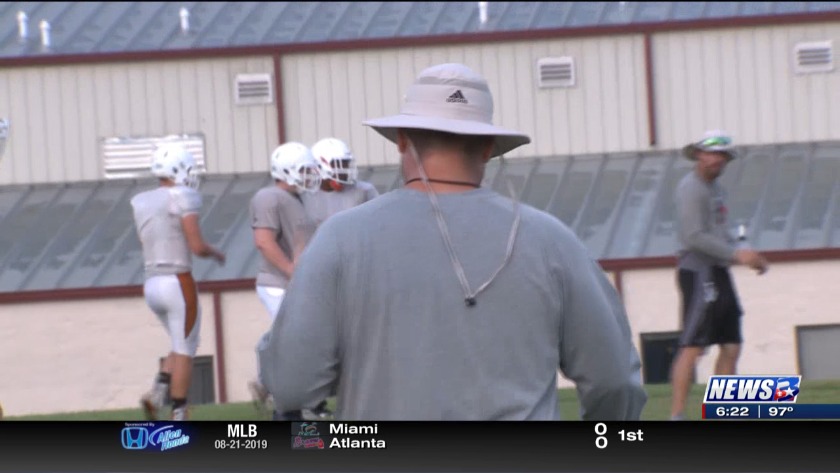 After a 1-6 start to the season the Hornets made a late playoff push, but dropped their season finale to Smithville to miss the postseason for the first time since 2013. 2018 proved to be the final season for Bobby Jack Goforth as head coach. He went 27-37 in six seasons at his alma mater, leading the Hornets to the playoffs four times.

Caldwell welcomes a new head coach to town as Matt Langley takes over the program. Langley spent the last two years at San Antonio Brandeis High School serving as the Broncos offensive coordinator. In 2018 Brandeis advanced to the Class 6A State Quarterfinals.

He has one year of head coaching experience, leading Maud to the playoffs in 2012. Langley takes over a program that is ready to take the next step and compete for their first district title since 2009. The Hornets return eight starters on offense and nine more on defense.

Kyle Cunningham moves to quarterback this season after an all-district junior year at wide receiver. He has a pair of starters back on the line in Carson Gammage and Efrain Coronado and two good receivers to throw to in Logan Knesek and Kyle Jennings.

Also watch out for running back Kris Carroll when the Hornets go to the ground. Langley says, “We have to improve our run game and our toughness, but we do have a lot of returning starters.” The Caldwell defense will be strong up front, as five players return with starting experience, led by Charles Sleeth and Wade Tittle. Knesek and Jennings will be leaned on in the secondary, while Carroll, Danny Torres and Laramie Pieper will look to make their mark at linebacker.

The Hornets kick off the season at home against Edna, a 3A Division I state quarterfinalist a year ago, before road trips to Rockdale and Madisonville to open the season. “Our pre-district is full of playoff teams,” says Langley.

“It helps you prepare for a very hard and competitive district schedule.”

Caldwell should be in the mix for a postseason berth, and, like a year ago, the season finale against Smithville may go a long way in deciding who is in and who is out.

Langley says, “I expect us to compete and play hard for four quarters and win some football games. The goal is to win district. Learning new systems will be challenging, but we have a great group of players and coaches who are hungry for success.”