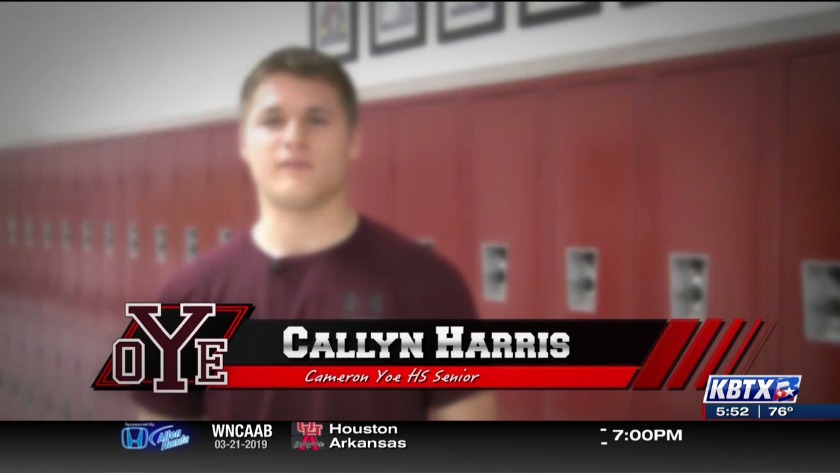 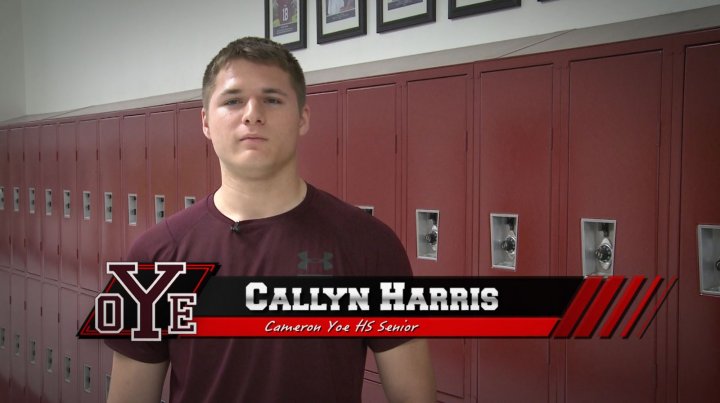 News 3 Sports would like to congratulate our latest Classroom Champion, Callyn Harris. The Cameron Yoe High School Senior has a 4.5 GPA, and is currently ranked number one in his class.

“He's very high in academics, I believe that's a priority. He just got fifth place in our UIL-Spelling Contest over the weekend. So, I know that in itself takes a lot of time to study up for and be prepared for. He's just got great drive to want to excel in the classroom.” John Marek, Teacher.

Callyn throws the shot put and the discus for the Cameron Yoemen. He's also a hurdler on the Track and Field as well. For his efforts on the track, he was a Academic All-District selection. He was also an Area Finalist last season in the 110m Hurdles. Outside of sports, Callyn is involved with the National Honor Society, Fellowship of Christian Athletes, UIL-Spelling, the Yoemen Technology Club, and the Feeders of the Lambs and in his spare time, Callyn enjoys hunting, hanging out with friends, and playing basketball.

“He's the kind of kid that he's not the vocal leader, but he's the quiet sturdy type. For instance, one of thew high school girls with. She was having a difficulty at our district competition and when he should have really been preparing for himself. He was over giving her some tips to calm her down, and it's the quite leadership, and teammate help that you know, makes him go over.” Wanda White, Coach.

“When I lead, I prefer to lead by example. It's better to show people what you should do instead of getting on to them, and making them feel bad. Just bring them up, show them what they need to do, make sure they do it right and help them as much as you can. Handling the pressure of being a student athlete by making sure I get all my work done, keeping up with it, doing much as I can when I have free time. Just constantly checking over work making sure it's right.” Says Harris.