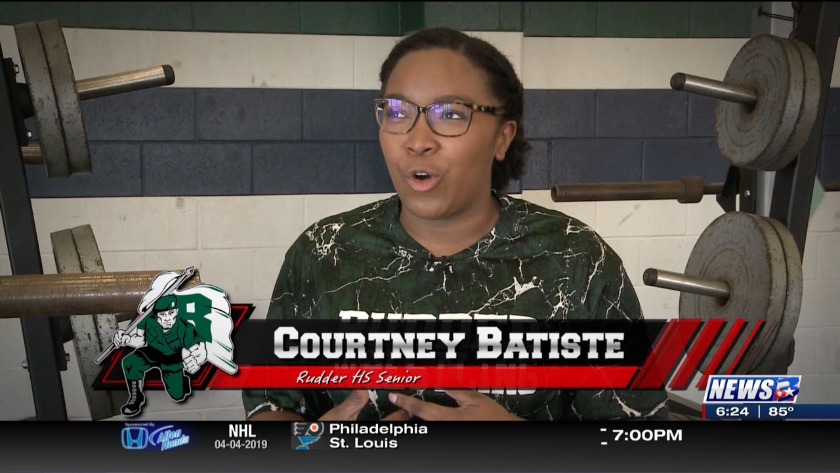 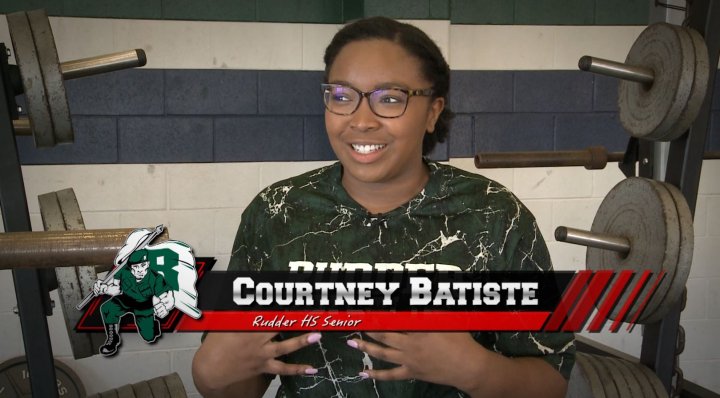 News 3 Sports would like to congratulate our latest Classroom Champion, Courtney Batiste. The Rudder High School Senior has a 4.67 GPA, and is currently ranked fifth and in the top two percent of her class.

“Courtney is a rockstar. She's one in a million, vivacious, and lively, and beautiful and funny, hardworking; she's great. One of the things I love the most about Courtney is she doesn't take herself to seriously. He favorite thing to say is “Just living my best life.” So anytime something weird has happened or something problematic instead of wallowing in the failure. She's just like, well we're going to move on from that and get onto the next thing and do it better next time.” Lisa Perkins, Teacher.

Courtney played volleyball for the Rudder Lady Rangers and she was the first female Wrestler in school history. For her versatility on the mat, Courtney is a 3-time State Qualifier as well as a District Champion. She has a 90 percent winning percentage, with over career 100 matches won. Outside of sports, Courtney is involved in the National Honor Society, the United Way, the Key Club and she is her Class' Vice President, and the HOSA Treasurer and in her spare time, she enjoys volunteering in her community and watching Netflix.

“I think she kind of approaches athletics the way that she does her academics is with preparation. She studies lets say in the classroom for a math test like she would for a wrestling meet. She's going to be prepared from point A to point B and she's always going to put that extra work in;so that when she does get on the mat or she is in the classroom. She's going to be fully prepared to be able to exemplify what she's learned and how she's prepared for that.” Stewart Donley, Coach.

“In wrestling what drives me to work hard is, I was like the first girl and so people look at me and when they look at Rudder wrestling in a way and so I have to hold myself to a higher standard, and just push hard because I know a lot of people are looking up to me. In school, I feel like I'm one of the leaders of the school. Underclassmen in volleyball who look up to me, and I feel like I just have to hold myself accountable to be able to reach those standards that they have of me.” says Batiste.

After High School, Courtney plans on attending the University of Chicago and will major in Biology.