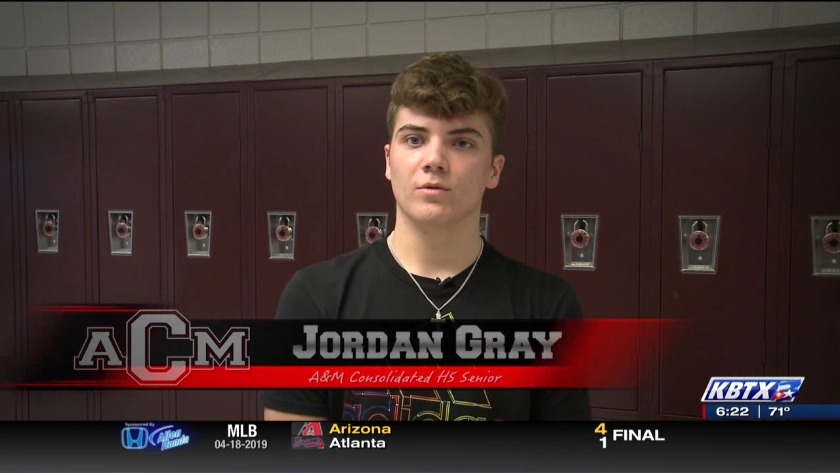 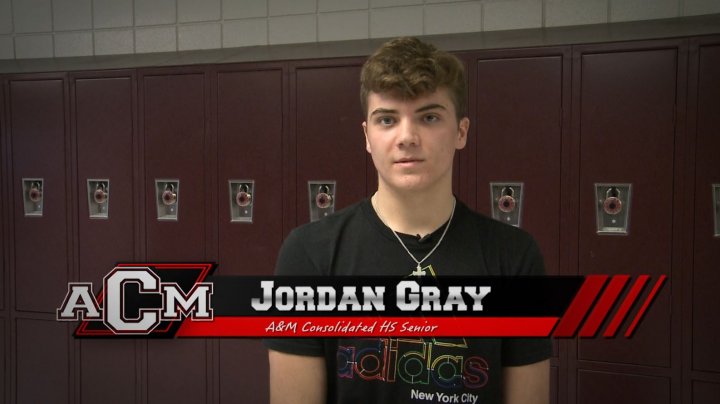 News 3 Sports would like to congratulate our latest Classroom Champion, Jordan Gray. The A&M Consolidated High School Senior has a 4.4 GPA, and is currently ranked in the top 10 percent of his class.

“Really I'm impressed that Jordan has been able to be so successful with the schedule that basketball has required of him over the past few months. It would be easy for him to kind of let things slip there because of his schedule. But he won't allow himself t do that. He understands the importance of his education and I think he's going to be successful going forward, because of it.” Michael Williams, Teacher.

Jordan was the MVP and the leading scorer this season for the Tiger basketball team. For his efforts on the court, he was an All Brazos Valley Academic Team selection and a 2nd Team All-District selection. Jordan was also named the Zone 1150 Varsity Athlete of the Month. Outside of sports, Jordan is involved with the National Honor Society and Habitat for Humanity and in his spare time, Jordan enjoys volunteering at his church and in his community.

“Jordan's been a leader. We've tried the last couple of years to get him to be more vocal. That’s just not his personality. He would rather go out there and lead by example, and that's at practice and during a game. Whenever we need a big bucket he always finds a way to find that bucket, or defensively he finds a way to get a stop. He's just been a great addition to our program.” Thirman Dimery, Coach.

“For my work ethic I get that from my dad. He really taught me from a young age that if I want something that I have to work for it and I see that from him, and in my family academics are really important. Both my sisters went to college and so I want to do that too. So I see the time and effort they put into studying for their classes and so I just follow suit to what they do. For basketball, I now if I am going to want to be the best on the court I'm going to have to work for it. So I have to put in the time and effort for that.”says Gray.