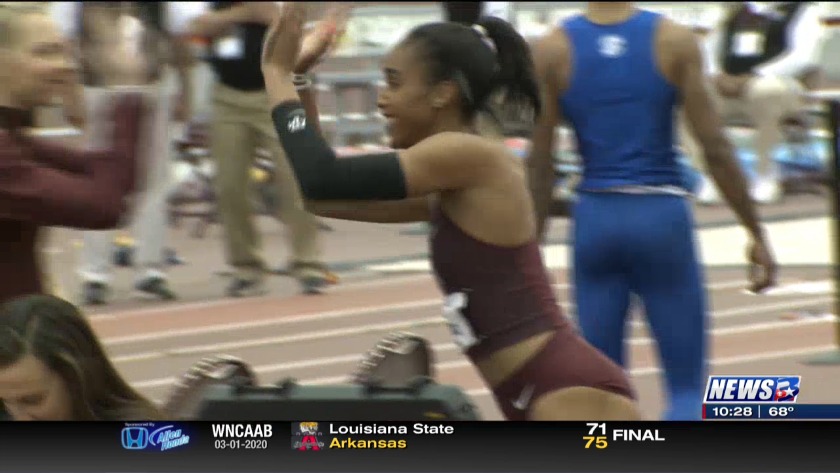 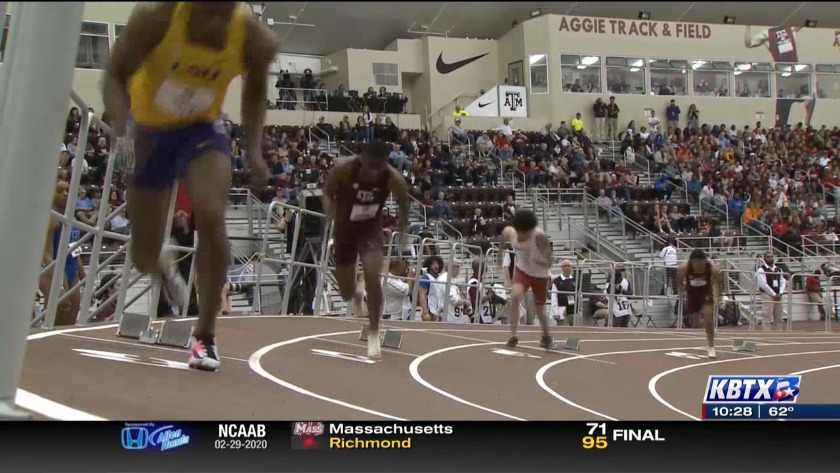 Day 2 of the SEC Indoor Track and Field Championships

COLLEGE STATION, Texas – The Texas A&M Track and Field program added 11 medals to its collection as they wrapped up the 2020 SEC Indoor Championships Saturday, at the Gilliam Indoor Track Stadium. The men’s team finished 3rd with 82 points, while the women placed 6th with 58 points.

After scoring 15 points on day one, Tyra Gittens was back in action on day two finishing third in the high jump (1.85m/6-0.75). The junior was awarded with the Women’s Cliff Harper Award for finishing the two-day competition as the top female point scorer with 21 points.

Devin Dixon, Bryce Deadmon, Jamal Walton and Carlton Orange combined to score 44 of the 82 points for the men’s team. The quartet earned first team all-conference honors while defending its 4x400m relay title winning with a time of 3:04.86, while Dixon completed the three peat in the 800m at 1:49.63.

It was the fourth consecutive season and seventh in the past eight that the Aggies men’s 4x400m claimed gold.

Deadmon scored 10 points winning the men’s 400m gold with an NCAA season leading time of 45.51, while Walton followed in second with the nation’s third fastest time at 45.62.

Texas A&M will take a week off before traveling to Albuquerque, N.M., with its national qualifiers to compete at the 2020 NCAA Indoor Championships.

“I look at the whole meet and I’m pleased with the men, there are a couple of event areas that we have much more potential in that needs to be done. On the women’s side there was just a couple of events that just couldn’t get it done when it counted and that’s another thing we will have to work on, we have the potential to get it done. Overall, I’m pleased with the group, we just have to keep working hard and getting better.”

“A guy like Jon Bishop is helping the younger guys mature and they are working with each other that is why that group is being successful. Zephyr Seagraves is a spark plug, Jon has energy and then you have a really talented young freshman in Eric Casarez.”

“It’s an area that I work pretty hard with all on all of my teams. I think it can be and has shown to be the nucleus of our team over the years. It’s a group that when one does well then another one grabs on and all of a sudden things are happening. Both the men’s and women’s quarter-mile groups have that special bond with each other, they train and hurt with each other every day and it develops that unique bond within a group.”

…mindset heading into the 400m finals:

“Going into the race I kept my mind on positive thoughts and reminded myself that I’m capable of competing with anyone and that I am one of the best in the field.”

…being part of the strong 400m group:

“It’s a special group, it’s great having those guys right there pushing you through practice. We have depth and there is a lot of us, so when one of us does well we feed off it and we make each other that much better.”