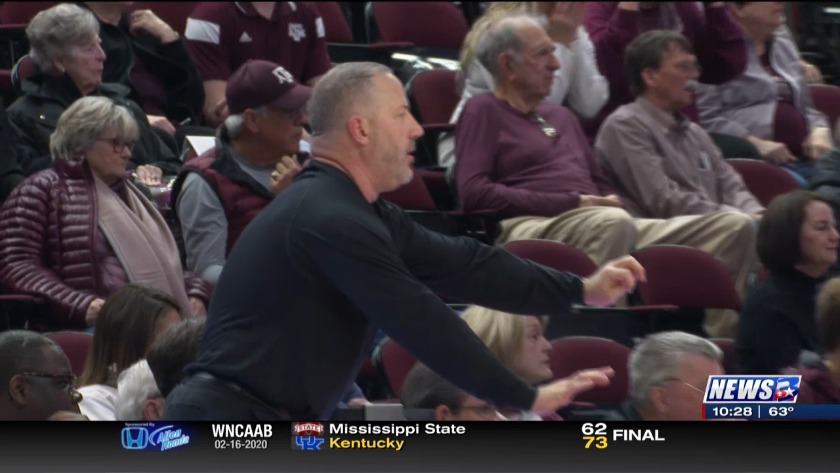 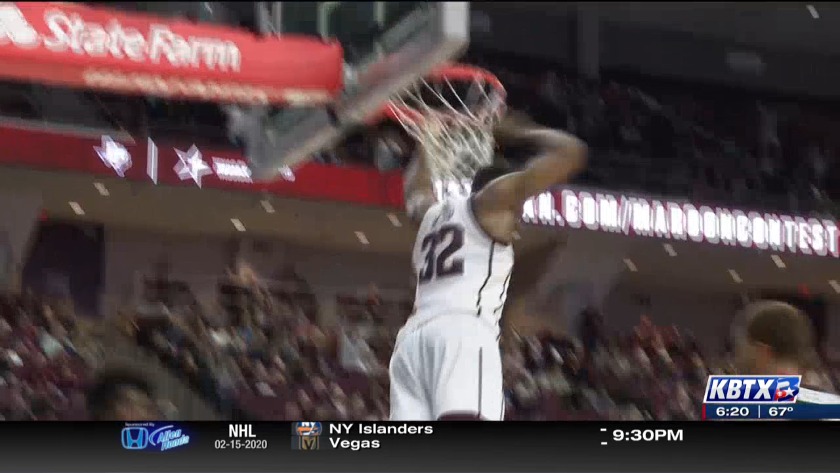 Miller scored a career-high 21 points and A&M wiped out a 12-point deficit to defeat Georgia 74-69.

The game was tied 59-59 with 4:32 remaining before the Aggies outscored the Bulldogs 15-10 the rest of the way. Miller scored 17 of his points in the second half. He also had a game-high 10 rebounds for his second career double-double.

"They took 30 shots in the first half but only 22 in the second half," A&M coach Buzz Williams said of the Bulldogs. "That means we were winning time of possession, and that means we were not turning the ball over."

Edwards, the possible top pick in this summer's NBA draft, was held to six points on 2-of-7 shooting. Rayshaun Hammonds led the Bulldogs with 15 points.

"He's been sick somewhat, but he just didn't have a good game," Georgia coach Tom Crean said of Edwards. "He wasn't very aggressive, and didn't move well without the ball."

Edwards scored 29 points and grabbed a career-high 15 rebounds in the teams' first meeting.

"We just came in with a chip on our shoulder, knowing what he did last game," Miller said.

The Bulldogs cruised to a 38-29 lead at halftime on Saturday thanks to making half their shots from the field (15 of 30) and more than doubling up the Aggies in rebounds (21-10) in the first 20 minutes. Georgia wound up with a 34-28 overall rebounding advantage.

The defensive-minded Aggies stuck with their game plan and forced 21 turnovers, most by an A&M opponent since Florida Gulf Coast also had 21 on Dec. 2, 2015.

Miller, who's from Ontario, Canada, originally signed with Williams at Virginia Tech but then followed him to A&M last summer. The Aggies have leaned more and more on Miller as the season has worn on, and he made 11 of 14 free throws Saturday to help key the comeback.

· The Aggies are now tied at 5-5 all-time against the Bulldogs.

· Texas A&M has won five of the last six games against Georgia.

· In the second half, the Aggies capitalized with 24 points off 14 Bulldog turnovers.

· Emanuel Miller led the Aggies in scoring with a career-high 21 points. Miller’s double-digit effort is his sixth game with 10-or-more points. The Scarborough, Ontario, native shot 11-of-14 from the line, the most free throws made since Feb. 17, 2018, when Tyler Davis made 11 against Arkansas.

· Savion Flagg scored 11 points, his 11th game of the season with 10-or-more points.

· Josh Nebo logged his 17th game in double-figures this season with 12 points, shooting a perfect 5-of-5 from the field and 2-of-4 from the line.

· Wendell Mitchell scored 10 of his 13 points the second half. Mitchell’s 13-point performance marks his 10th game this season in double-figures.

· Quenton Jackson posted his 10th game in double-digits with 11.

The Aggies travel to take on Alabama on Wednesday at 6 p.m. inside Coleman Coliseum.

On the key to pulling out a close win…

“Getting to the bonus earlier than normal. I think when you’re playing from behind, it’s hard to argue which possession has more value. If you’re going to be in a one or two-possession game, I think the value of every possession is all the same. For us, because of all the things we have to fight against offensively, we’re able to cheat the numbers a little bit if the clock is stopped, and we’re able to make a bunch of free throws. Most coaches would say that ‘we need our offense to help our defense,’ and I understand that, but we need our defense to help our offense. When we’re able to shoot a bunch of free throws, it’s helpful.”

“I think that Eman [Emanuel Miller] has continued to improve his ability to drive in straight lines. When he’s very active on the glass, it’s game-changing for us. I think he had three rebounds in the last game, and we have no chance when that happens. As important as Eman was when he was getting fouled, his ability to get eight defensive rebounds: he had as many rebounds as multiple guys combined, and that changes our team. Obviously, we needed all the points that he got at the free-throw line. That was very helpful, but him not giving up offensive rebounds is just as important.”

On the importance of transition offense…

“Any time we can score points in transition, it has to come off of a steal. Transition off a miss will not happen for the Aggies this season. But off a steal, if we can shoot a layup or dunk, that’s manna from heaven for us. If we’re not going to shoot a layup, and it’s not assured, the discipline that our guys had when they knew that something wasn’t perfect in transition, the ability to run a play buys us the time that we need, and it resulted in other free throw opportunities for our team. The transition buckets were important, but the times we didn’t shoot, but we maintained possession, were just as big.”

On his strong inside game…

On what Coach Buzz Williams said after the loose ball play…

On the increase in rebounds the second half…

On the second half response…

“I feel like that response was important. As long as there’s time on the clock, the game’s not over. I knew we had to come out of half time with a lot of energy and in turn, it helped us out in the end.”

On Coach Buzz Williams coming back out in a t-shirt… 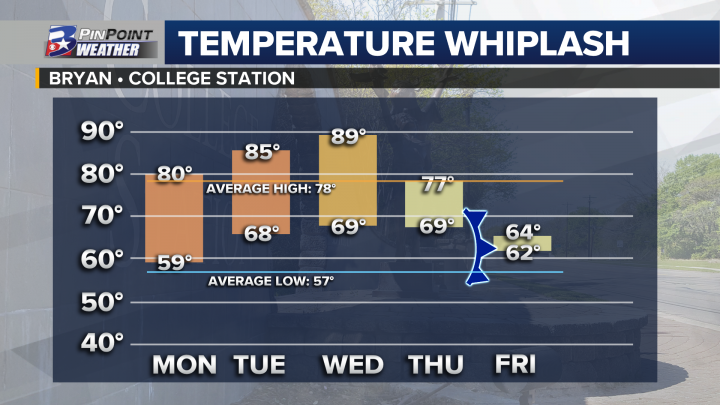