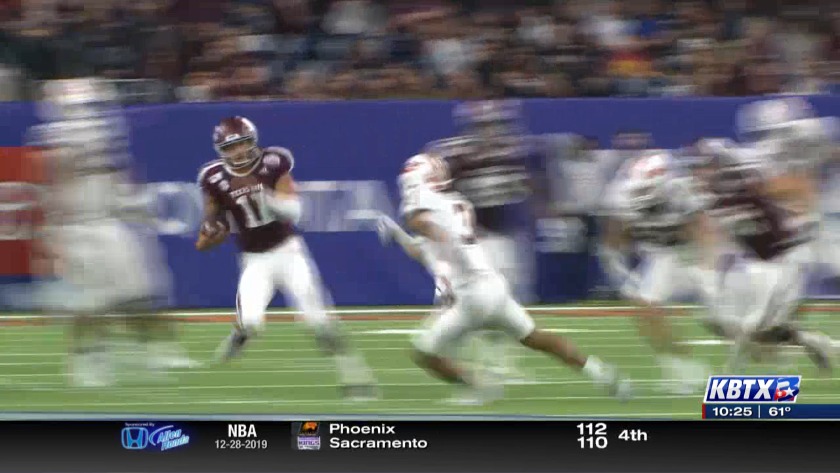 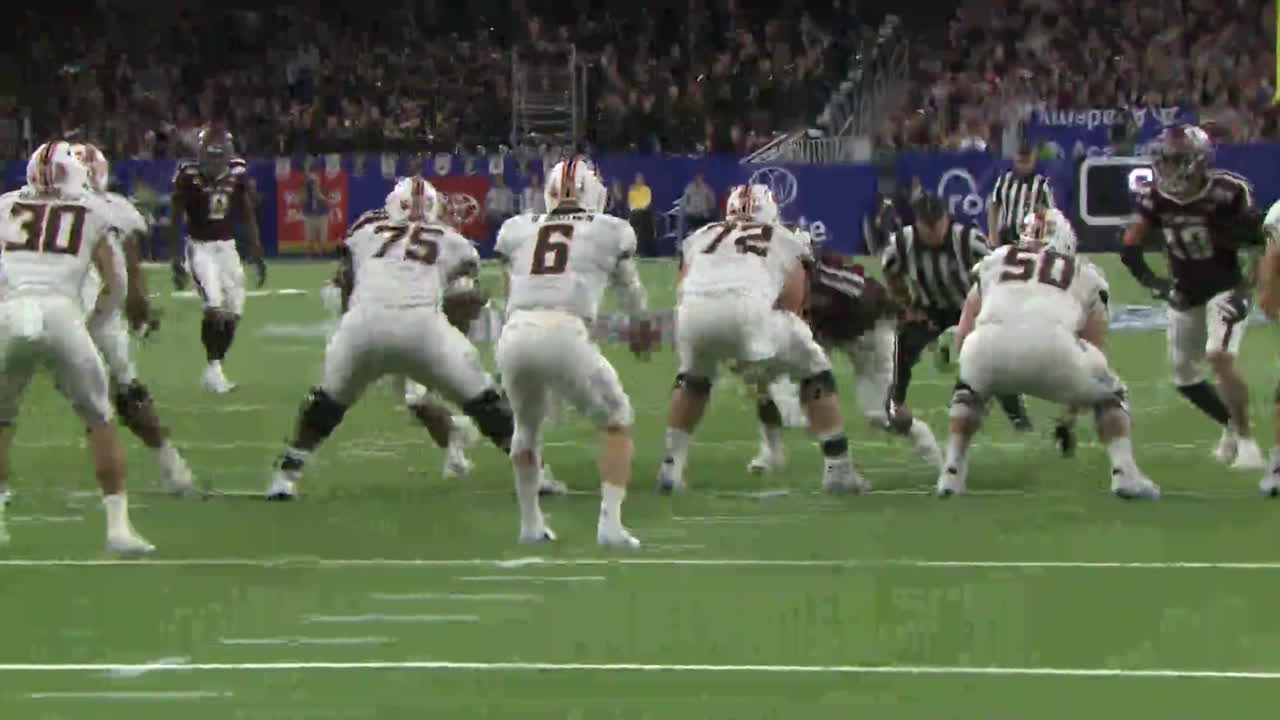 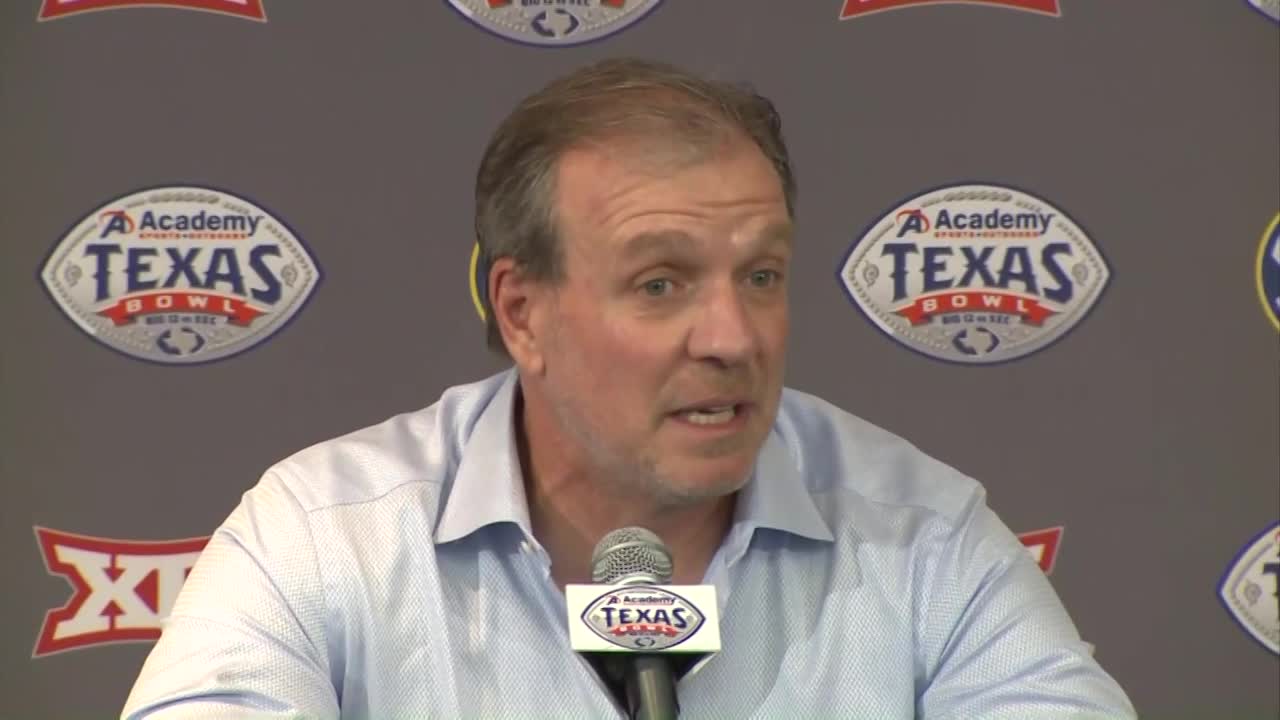 HOUSTON (AP) — Kellen Mond ran for a career-high 117 yards and threw a touchdown pass as Texas A&M scored 24 straight points to overcome an early deficit and beat Oklahoma State 24-21 in the Texas Bowl on Friday night.

Mond ran 67 yards to give the Aggies (8-5) a 21-14 lead early in the fourth quarter. Mond cut to the right to avoid a couple of defenders and outran everyone else. Tre Sterling had a shot to tackle him around the 25, but Mond ran away from his diving attempt.

The Cowboys (8-5) went for it on fourth-and-1 from the Texas A&M 34 on their next possession, but Spencer Sanders was stopped for no gain.

The Aggies added a 24-yard field goal to make it 24-14 with about three minutes to go.

Oklahoma State cut the lead to three on a touchdown reception by Braydon Johnson with about a minute left. The Cowboys attempted an onside kick, but A&M recovered it to secure the victory.

Chuba Hubbard, who finished the regular season as the nation’s leading rusher, ran for 158 yards, and Johnson had 124 yards receiving and two touchdowns for the Cowboys.

Hubbard finished the season with 2,094 yards rushing to become the second player in school history to reach 2,000, joining Barry Sanders, who did it in 1988 when he won the Heisman Trophy. Sanders tweeted congratulations to Hubbard after he reached the mark and said: “I know the effort it takes to get there.”

Mond, who threw for 95 yards, fumbled twice early and the Aggies trailed 14-0 after the first quarter and were down by seven at halftime.

He had just 35 yards passing in the first half, but got going on Texas A&M’s first possession of the second half. He had a 28-yard completion on a drive that ended with a 10-yard touchdown pass to Jhamon Ausbon which tied it at 14-14 early in the third.

Mond fumbled on A&M’s first drive and it was recovered by Oklahoma State. But the Cowboys came away empty when Matt Ammendola missed a 53-yard field goal.

The Cowboys took a 7-0 lead in the first quarter when they capped a 97-yard drive with a 42-yard touchdown reception by Johnson. Hubbard had a 37-yard run to power that drive.

Dru Brown connected with Johnson on a 57-yard pass later in the first quarter to give Oklahoma State a first down at the 9. The Cowboys pushed the lead to 14-0 when Brown dashed into the end zone on the next play.

Mond fumbled again early in the second quarter, but once again the Cowboys couldn’t turn the mistake into points and they had to punt it away.

The Aggies cut the lead to 14-7 on the next drive on a 1-yard touchdown run by Isaiah Spiller.

Oklahoma State: The Cowboys started out strong but were unable to build on their early lead and allowed Mond to control the game after halftime.

Texas A&M: The Aggies did a good job of shaking off their bad start and get the win to end the season on a positive note after losing their last two regular-season games.

Oklahoma State: The Cowboys will wait to see if Hubbard will return for his junior season or enter the NFL draft. He has said he’ll make his decision sometime after the bowl game.

Texas A&M: The Aggies have yet to become true contenders in the rugged SEC West, but they could be poised for a strong 2020 campaign in Mond’s last season with the return of an experienced offensive line and talent at running back.