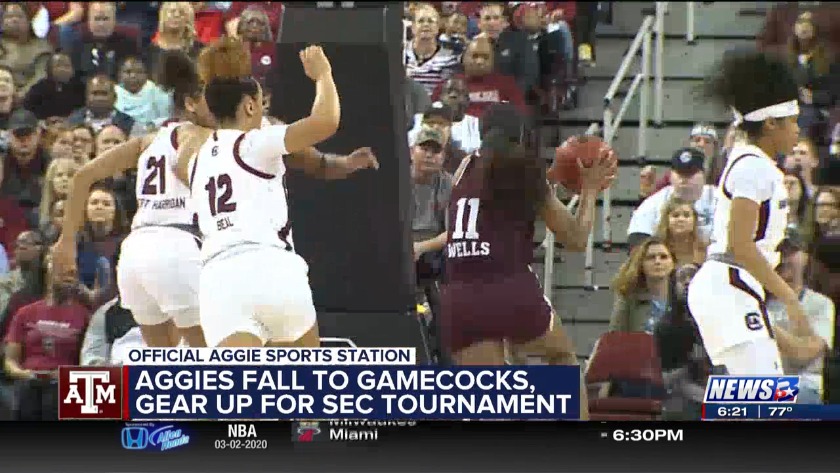 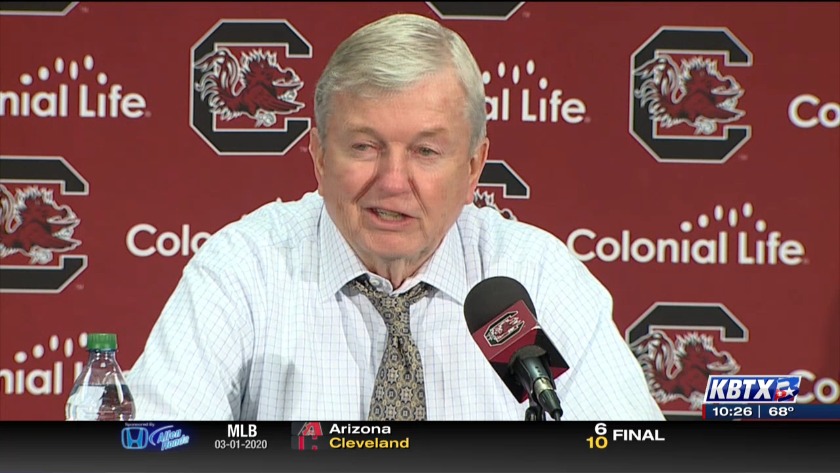 COLUMBIA, S.C. – The No. 12 Texas A&M women's basketball team was unable to get by No. 1 South Carolina, falling 60-52 at Colonial Life Arena in the regular season finale for both teams. Junior guard Kayla Wells led the Aggies with 15 points, and the nation's fourth leading rebounder, N'dea Jones, posted a game-high 12 boards.

The Aggies forced South Carolina to shoot just 37-percent from the field, holding its opponent below 40-percent for the 17th time this season.
A&M used a starting lineup of Shambria Washington, Aaliyah Wilson, Kayla Wells, N'dea Jones and Ciera Johnson for the ninth time this season.

UP NEXT
Texas A&M awaits the release of the 2020 SEC Tournament bracket for seeding in the event that runs Wednesday, March 1 through Sunday March 8. Check back at 12thMan.com for updates.