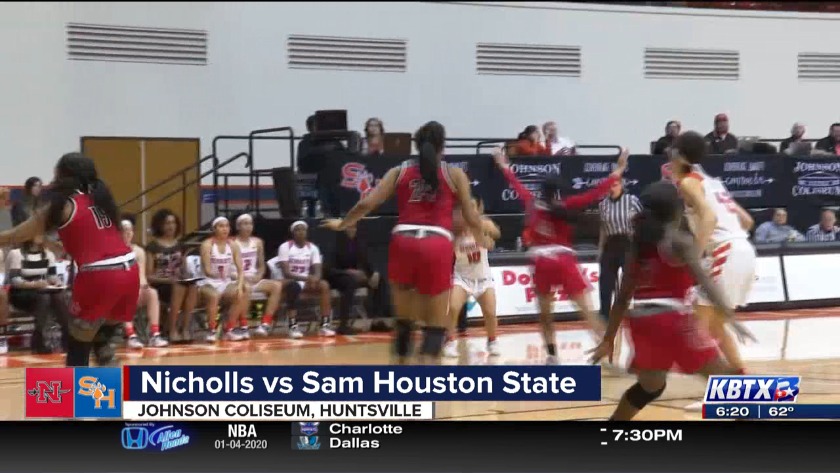 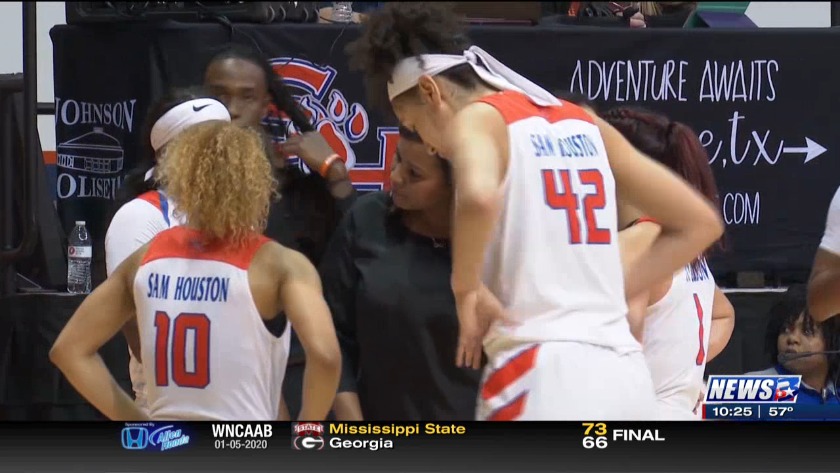 HUNTSVILLE – For the first time since the 2012-13 season the Sam Houston State women's basketball team is off to a 4-0 start to Southland Conference play after an 87-71 win over Nicholls on Saturday afternoon at Bernard G. Johnson Coliseum.

The Kats (9-4, 4-0 SLC) once again got balanced scoring with five players in double digits, led by 19 points each from Faith Cook and Jaylonn Walker to record their first regular-season win over the Colonels (3-10, 0-4 SLC) since 2014.

Cook's career-high outing came behind an afternoon that saw her hit five of SHSU's 11 3-point buckets, while Walker added three more of her own. Walker had each of the Kats' first eight points of the game and added six assists to her total for the afternoon, helping Ravon Justice's team outscore Nicholls 51-42 in the second half.

Jenniffer Oramas and Amber Leggett each had a dozen points apiece, while La'Sha Haynes had a game-high nine rebounds to go with four assists, and a pair of steals.

It was another efficient game for the Kats offensively, hitting 46.9 percent from the field, while it was the free throw line that kept Nicholls in it as they canned 21 of 26 tries for the day.

The Kats held a 24-14 lead after one quarter of play, but did not get a bucket to fall in the second quarter until more than halfway through the period. Still, they managed to take a 36-29 lead into the break before exploding for 51 points in the second half.

SHSU will look to equal its best start to league play in program history on Wednesday when it travels to Southeastern Louisiana to take on the Lions at the University Center.

Bearkats rally in 2nd half to beat Southeastern 67-62

Kats surge to 5-0 start with win at SLU

Bearkats rally in 2nd half to beat Southeastern 67-62

Kats surge to 5-0 start with win at SLU