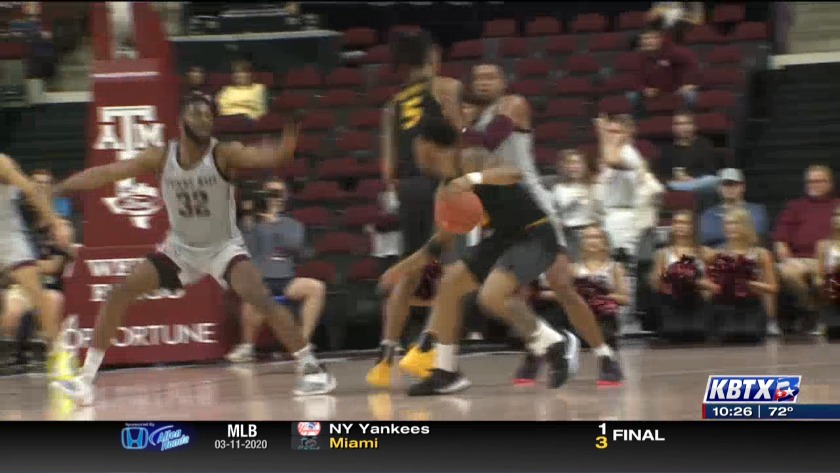 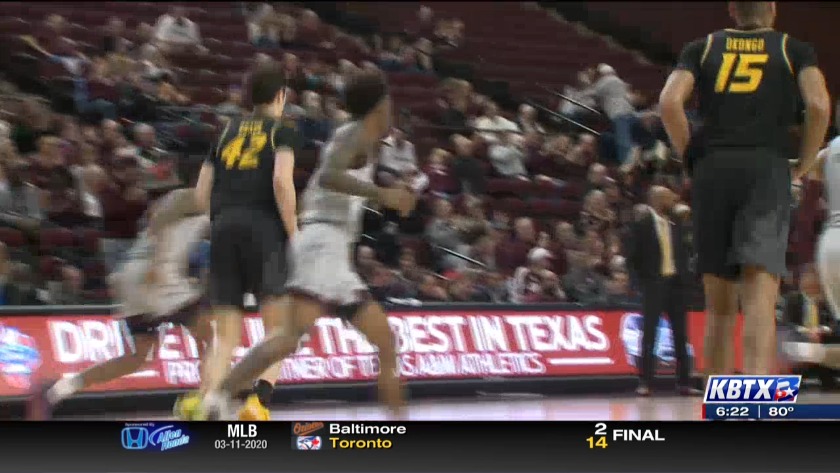 NASHVILLE, Tenn. — The No. 7-seeded Texas A&M Men’s Basketball team begins play at the SEC Tournament with a second-round matchup against Missouri on Thursday at 6 p.m. inside Bridgestone Arena.

On a two-game winning streak, the Aggies (16-14, 10-8 SEC) head into tournament play following their 77-69 win over Arkansas on Saturday. The senior duo of Wendell Mitchell and Josh Nebo led Texas A&M with 25 and 20 points, respectively. Quenton Jackson put up 14 points, while Emanuel Miller grabbed a game-high 10 rebounds.

In conference play, Nebo led the Maroon & White at 13.2 points per game. Mitchell was second at 12.2, while Savion Flagg and Jackson averaged 10.4 and 10.2, respectively. Miller led the team in rebounds at 6.6, which ranked second among SEC freshmen this season.

The Tigers (15-16, 7-11 SEC) enter the tournament coming off a 69-50 victory against Alabama on Saturday. Dru Smith paced the Mizzou offense with 17 points and a season-high eight assists. Smith had two steals, adding to his season total of 64, which leads the SEC.

Texas A&M and Missouri met twice in the regular season, with the Aggies winning both matchups. The first contest featured a 66-64 triumph at Missouri on Jan. 21. Nebo and Flagg put up 14 points apiece, while the Maroon & White’s defense held the Tigers to 25.7% (9-of-35) from beyond the arc. The second clash showcased four Aggies scoring in double figures as Texas A&M prevailed, 68-51, on Feb. 4.

Texas A&M has won 10 of the last 12 meetings against Missouri.

The game may be seen on SEC Network with Tom Hart, Andy Kennedy and Alyssa Lang on the call. Authenticated subscribers can access both games through WatchESPN and the ESPN app on their computers, mobile phones, tablets, smart TVs, and other connected devices.

Additionally, the game may be heard on the Aggie Radio Network or locally on WTAW 1620 AM with Andrew Monaco and Dr. John Thornton calling the action.