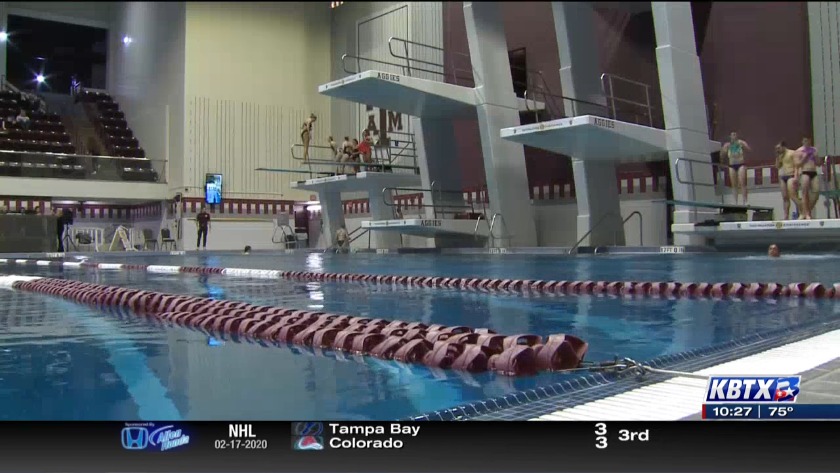 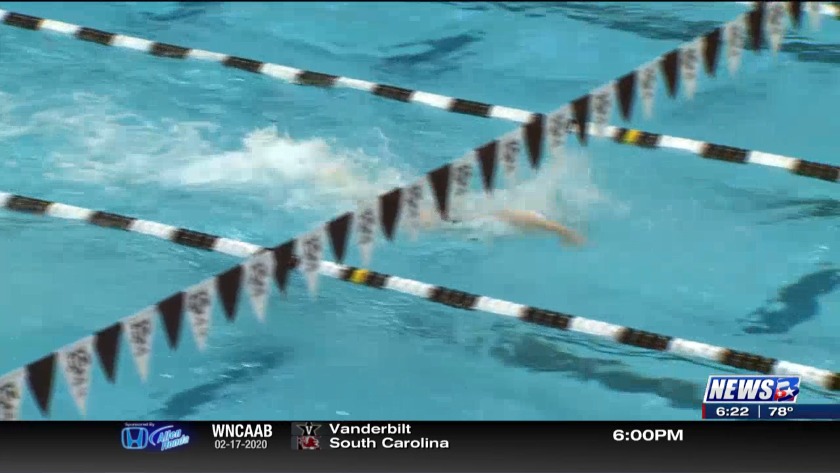 AUBURN, Ala. – The No. 11 women’s swimming & diving team heads to the South Eastern Conference Championship Tuesday through Saturday at the James E. Martin Aquatic Center. The stakes are high as the team is looking for its fifth straight SEC title.

“It’s an honor to represent a school that has been champions four times already,” said back-to-back SEC champion Anna Belousova. “We’d like to keep it up and do everything in our power to fight until the very last day and very last race. There is going to be some pretty good competition this year.”

At last year’s championships Belousova earned gold in both the 100 Breast (57.99) and 200 Breast (2:04.80), tallying 32 points for the Aggies, 79 total for the week, and earned herself an NCAA A-cut time. Jing Wen Quah touched the wall second in the 200 Fly, followed by Taylor Pike in fourth. Katie Portz helped the Aggies earn gold and set a new school record in the 800 Free Relay. Charlye Campbell finished fourth on the 1 Meter, just three points behind a bronze finish.

“It’s been kind of a tough year, but we’ve had a number of girls working hard and doing a great job. We’re excited to see how fast we’re going to go when we go to the meet,” said eight-time conference champion and longtime A&M head coach Steve Bultman. “Our goal is not to go there and win, it’s going to be tough to do that. The one thing we can control is how fast we swim and that’s what we’re going to focus on.”

“I think anything could happen,” said head diving coach Jay Lerew. “Charlye Campbell, our junior, is one of our best divers. I think she’ll have a good showing, she’s healthy. She was at NCAAs last year and she’s improved so anything can happen. I think the women’s events are wide open.”

Campbell has placed first six times with two sweeps on the diving board so far this season.

“A lot of girls this year are taking the year to focus on the Olympics, but there’s still a lot of really good girls in the competition,” said Campbell. “It’s going to be a tough fight for the top five, but it will still be a really good chance for me to medal and maybe even win a title.”

The events begin on Tuesday, with prelims starting at 10 a.m., while finals commence at 5 p.m. Follow for updates on Twitter, @aggieswimdive.